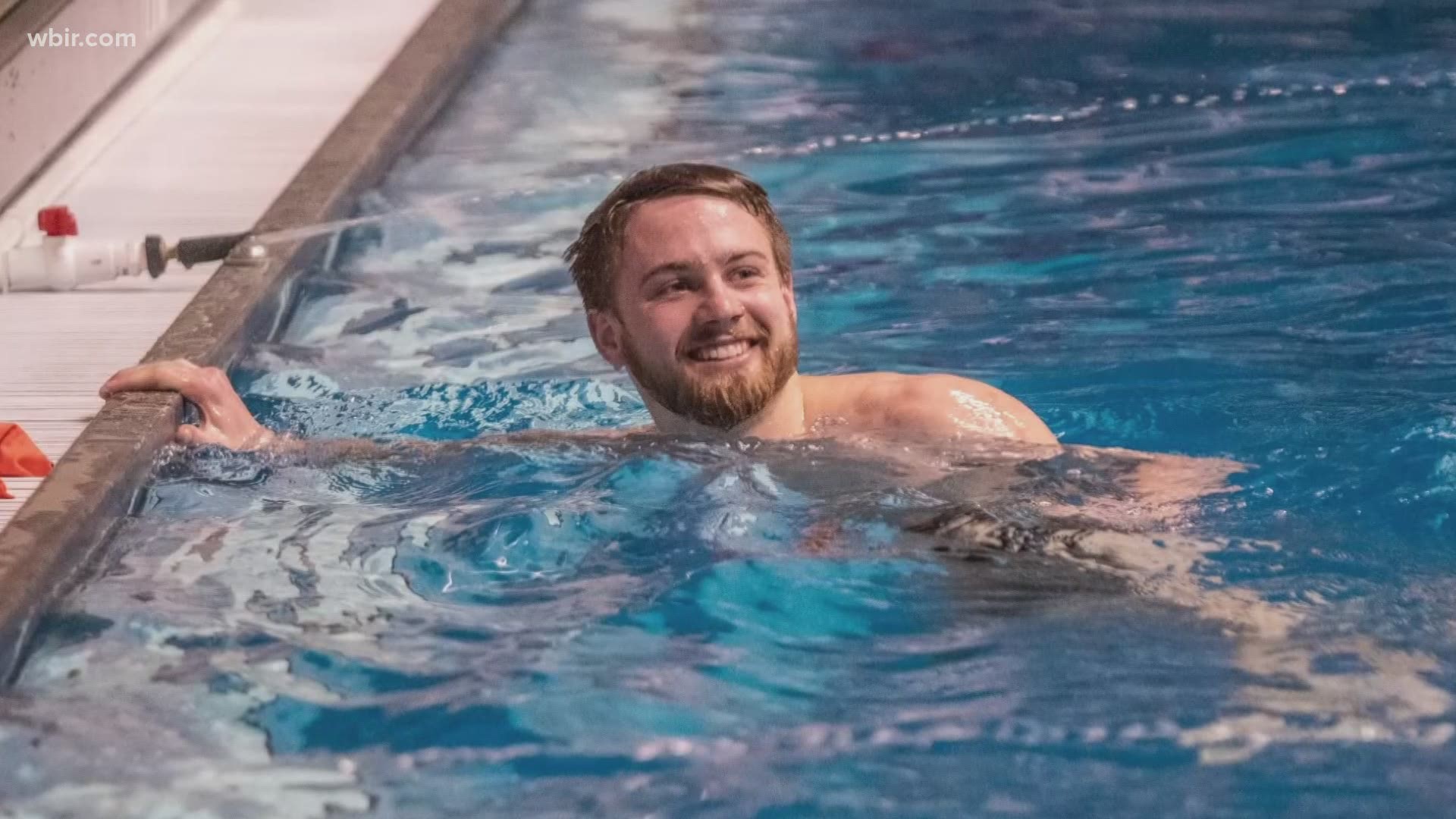 Swimmer Kaylee McKeown says the death of her father 10 months ago inspired her to break the 100-meter backstroke world record on Sunday at the Australian Olympic trials.

The 19-year-old McKeown had a time of 57.45 seconds at the South Australian Aquatic Centre to improve on the previous mark of 57.57 set by American Regan Smith in 2019.

"With COVID and the passing of my dad in August last year, it has been a huge, huge build-up to these trials," she said.

"And I have turned it into a bit of a hunger and motivation behind me. I use it every day that I wake up. I know it's a privilege to be on this earth and walk and talk. So to get up and do that tonight is not really for me but my family."

McKeown last month set a then-Commonwealth and Australian record of 57.63. Just before Sunday's final, her coach Chris Mooney signaled the world record was a target.

"He did say something to me before I got in for warm-up, it was like 'you know buddy, I believe in you'," she said. "I knew and he knew at that time, that it was go time. He knew something special was about to happen. I may not have known it but I was just trying to keep the nerves down as much as I could."

"It's just whoever comes up on the day, you never know what can happen in five, six weeks' time," she said.

Emily Seebohm finished second in 58.59 to qualify for her fourth Olympics.