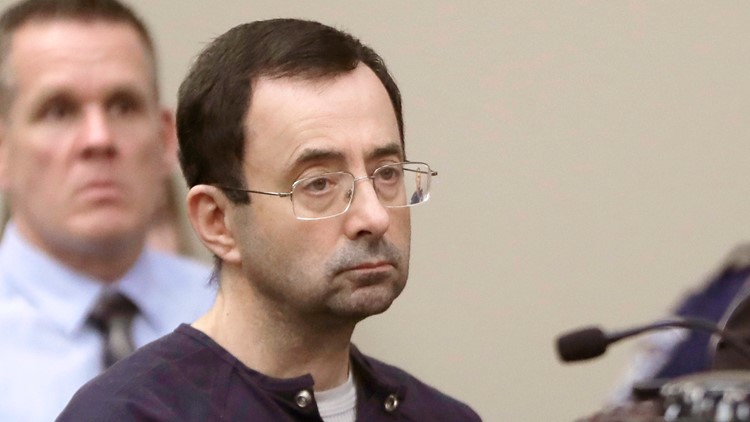 Photo by: AP
FILE - In this Jan. 24, 2018, file photo, Larry Nassar, a former doctor for USA Gymnastics and member of Michigan State's sports medicine staff, sits in court during his sentencing hearing in Lansing, Mich.

A criminal investigation into Michigan State University's handling of the Larry Nassar sexual abuse scandal has been suspended and could be coming to a close.

A spokeswoman for Michigan Attorney General Dana Nessel said Tuesday that the probe is suspended unless the school releases privileged documents or former interim president John Engler agrees to an interview.

Nessel's predecessor opened the investigation into the university's handling of complaints against Nassar, a former campus sports physician.

One former school official has been convicted, and charges are pending against two others.

Nassar has been sentenced to decades in prison for sexually assaulting athletes, mostly female gymnasts, at MSU and a Lansing-area gymnastics club. Former Olympians said he also molested them in Texas and overseas while he worked for USA Gymnastics.

In September, the federal government ordered the school to make sweeping changes and pay a $4.5 million fine for failing to adequately respond to complaints against Nassar.