By acreage it's the second most devastating season on record. 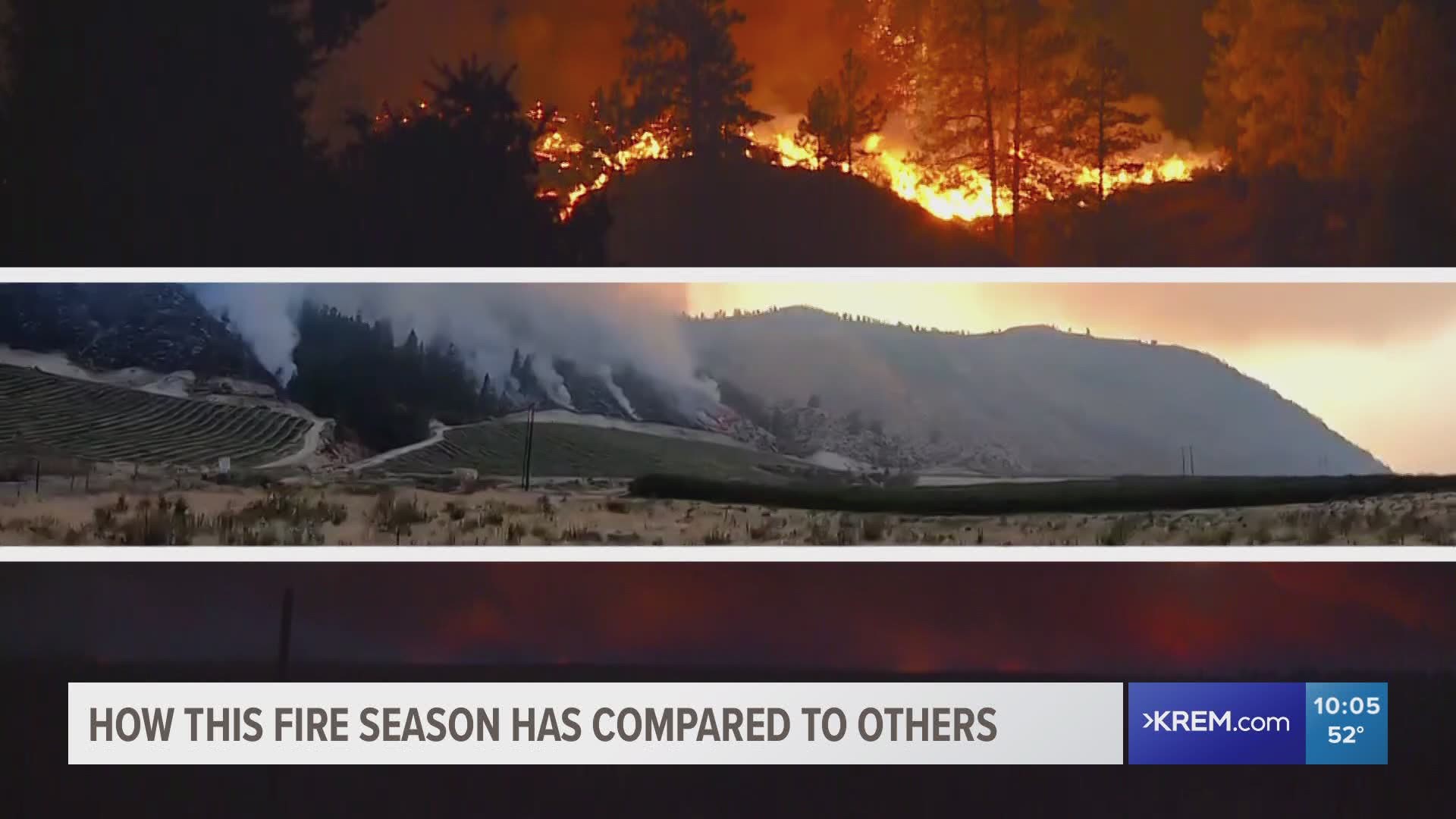 SPOKANE, Wash — The speed and size of Washington's 2020 wildfire season certainly seems rare. In the span of a few weeks, multiple behemoth fires burned across the state.

But has this season actually been worse than past years, or does it just feel that way because of how quickly it all went down?

The data says: it's actually that bad.

The federal active wildfire database currently highlights 16 major fires in Washington. If you add up the area just those fires have burned so far, you total 713,328 acres.

That's just under 1,115 square miles. If you mapped that area out on Spokane County, the fires would completely cover a space from the Idaho border to Medical Lake and from Cheney to Deer Park.

Credit: Me
A visualization of the approximate total size of the fires that burned in Washington in 2020.

The acreage is so much largely thanks to a triad of fires that each burned more than 100,000 acres. Near Davenport, the Whitney Fire has torched 127,430 acres. The Cold Springs Fire near Omak has reached 189,923 acres. And the Pearl Hill Fire near Bridgeport comes out to a whopping 223,730 acres so far.

So how does that all stack up to Washington historically? Thanks to the National Interagency Fire Center, we have comprehensive data going back to 2002.

Of course, on top of the sheer amount of land, 2020 also saw much personal destruction.

A child and unborn baby were lost, and their parents badly burned, in Okanagan County.

The towns of Malden and Pine City were both almost completely destroyed.

Across the state, nearly 200 homes and hundreds more other structures were lost.

And much of that happened over the span of only a week or two, with many of the fires starting and spreading on Labor Day with help from exceptionally high winds.

It all prompted Governor Jay Inslee and the entire bipartisan Washington congressional delegation to request a major disaster declaration from President Trump.

Such a declaration has only been issued three times before for wildfires in Washington, according to FEMA records: in 2015, in 2014 (the year of the Carlton Complex Fire), and in 1991.

So far that declaration has not been granted.