The Grass Valley Fire has burned more than 75,000 acres and is 87 percent contained as of Tuesday. 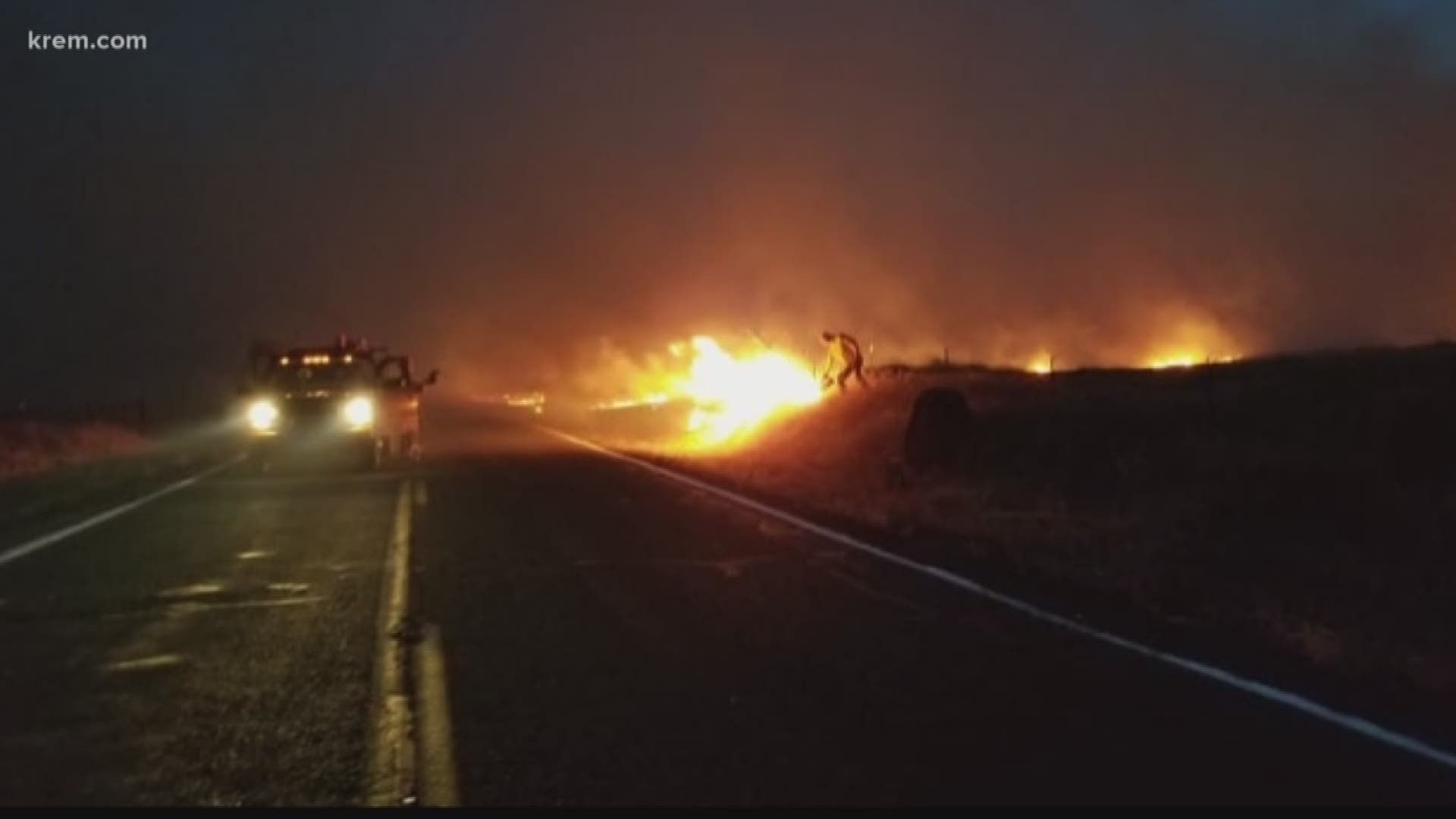 DOUGLAS COUNTY, Wash. — All evacuation notices for Coulee Dam and Grand Coulee area have been canceled as of Wednesday at 5:00 p.m.

The Grass Valley Fire in Douglas County and parts of Grant County started as a small brush fire Saturday, but was burning more than 75,000 acres by Tuesday afternoon.

The town of Coulee Dam was downgraded to level 1 evacuations Monday at 6:45 p.m. Level 1 means be aware of any changing conditions.

Officials expect to lift all evacuations by 8 a.m. on Wednesday. There are still some hotspots in the area, so residents need to be aware that conditions could change at any given time.

Highway 174 is closed from Leahy Junction to milepost 20.3 Sunday. Officials estimate it will reopen by 8 p.m. Sunday.

Highway 17 has reopened. The Department of Transportation and WSP have responded to the area.

The fire destroyed five outbuildings and damaged one home as of Sunday afternoon. Officials will report progress of containment by Sunday night.

A firefighter was taken to Harborview Medical Center in Seattle on Saturday after suffering at least second degree burns, according to the Washington State Patrol.

Officials said Sunday that 38-year-old Brett Read was injured while trying to leave his work area. The fire's behavior unexpectedly intensified and Read was separated from the engine he was working on and was burned in the process.

He is in satisfactory condition as of late Sunday night.

American Red Cross has established a shelter at Wilbur High School located at 202 Pope St in Wilbur. The shelter was previously at Lake Roosevelt High School, but has closed due to fire conditions.