A brush fire burning off of Palouse Highway near Target on Regal Street damaged a nearby apartment building Friday. 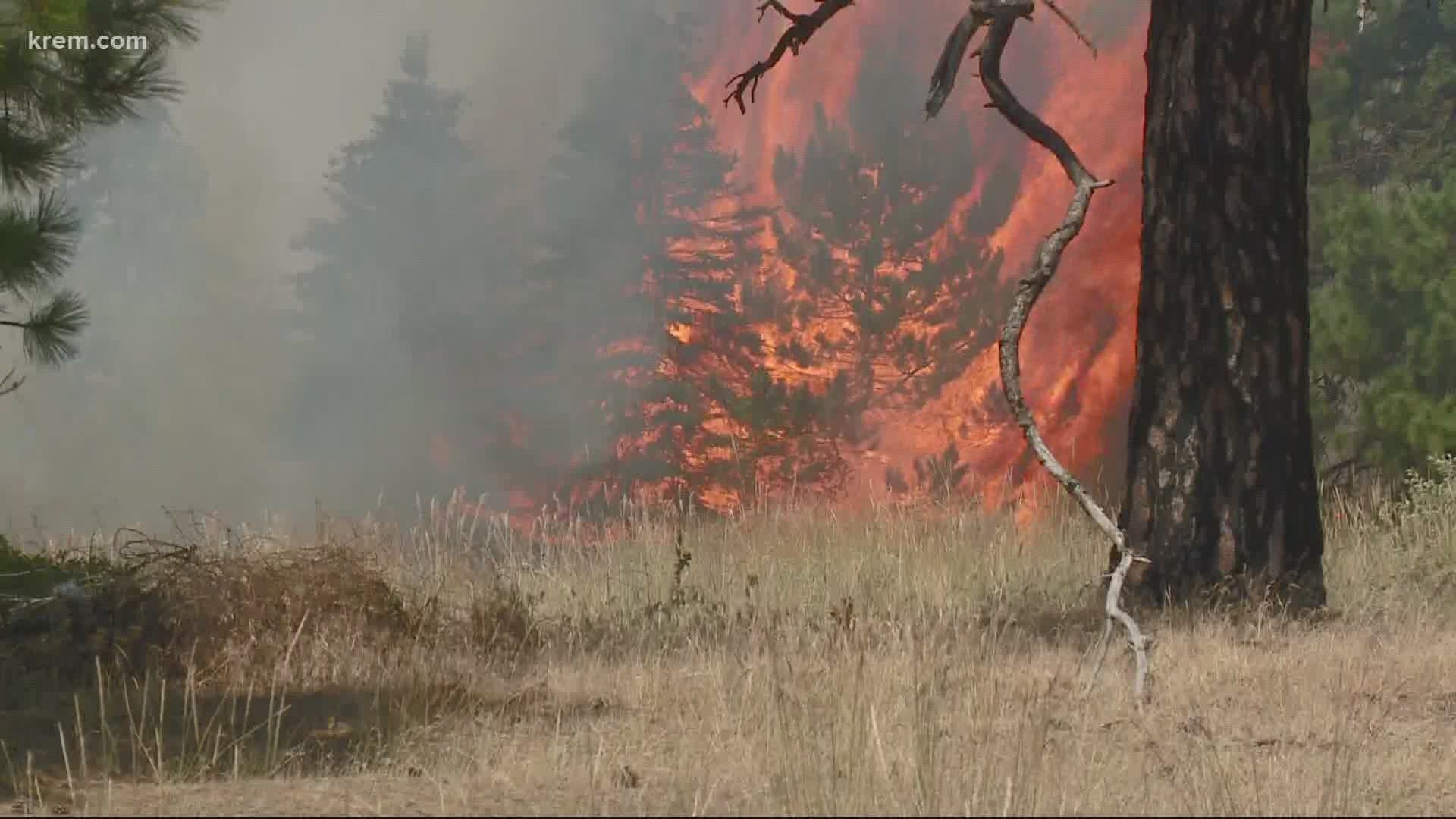 The fire was driven by 10-20 mile per hour sustained winds in dry grasses and light brush, according to the release. Several trees caught fire which carried the fire dangerously close to nearby apartments, commercial buildings and parked vehicles.

KREM's Taylor Viydo reported that two fire hoses were damaged by flames after a shift in wind. Residents at the apartment building damaged by the heat said they are OK and the interors of their apartments are undamaged.

Flames got dangerously close to a fire truck and hose after winds changed direction. That caused some of the hoses that were filled with water to break. pic.twitter.com/LpfvRZNss1

An apartment nearby appears to have heat damage.

This is south of the old Shopko building, I should clarify. pic.twitter.com/jyupQFODO6

Spokane Fire is on scene of a brush fire off of Palouse Highway just behind Target on the South Hill. pic.twitter.com/ozgtCNkZGf

Multiple fire units are on scene of a brush. The fire is drafting near some Apt Complex. pic.twitter.com/xsQ2Ao9ONa

A Heat Advisory and Excessive Heat Warning are in effect for all of the Inland Northwest through Friday at 8 p.m. Spokane is expected to hit 103 degrees on Friday.

Increased wildfire danger is a concern that KREM meteorologists have noted with extreme heat in the forecast.

Air quality has also dropped into the moderate range for Spokane.