Court documents said friends of the accused shooter, told authorities about getting strange requests and messages from him before the incident. 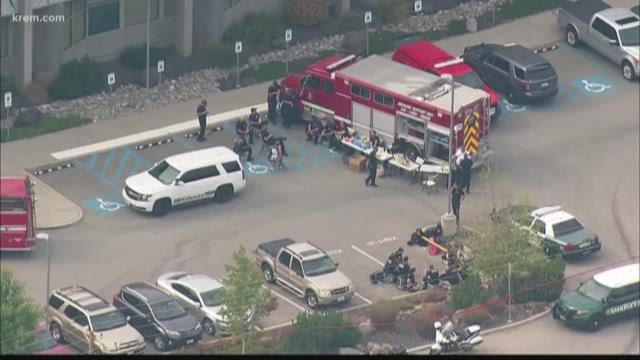 WARNING: The details in this story could be considered disturbing.

Court documents said friends of the accused shooter, Caleb Sharpe, told authorities about getting strange requests and messages from him before the incident.

Sharpe is accused of shooting a classmate and wounding three others in a crowded hallway at Freeman High School back on September 13.

One friend told officials the suspected shooter would send strange text messages asking him to get the suspect “foil, fuse and gasoline.”

Another friend said the accused shooter asked him through a text message if he would get the shooter some things for ‘gardening.’ The suspect told his friend that the items would be illegal if put together and one of the items was Sulfur, according to court documents.

The suspect asked another friend to buy his pistol the day before the shooting because he needed money, reports said. She said she would talk to the suspect often in class and on Snapchat.

A female witness told authorities the suspected shooter told her that he needed $100 to replace a toaster oven he broke by making a bomb. She said the accused shooter would often talk about bombs.

A second female witness friend said she was also in regular contact with him on Snapchat.

Reports said she showed investigators a disturbing Snapchat conversation with the suspect were the suspect told her the thoughts in his head mostly involved a gun or a knife.

According to court documents, on the same phone she showed authorities a message from the suspect that he needed to do something to “prove himself.” In the same messages, he told her that “nobody will get hurt.”

Investigators reported they found a notebook inside the suspect’s bedroom that had several disturbing handwritten notes in it.

Previous court records showed the suspect had told police he watched documentaries about school shootings. He told police, according to documents, he had decided to commit the shooting the day before when he flipped a coin.