Spokane Valley hit-and-run victim's father said she 'did not recognize him,' docs say

Washington State Patrol has recommended charges of felony hit-and-run, vehicular assault and driving under the influence for 32-year-old Emily Appel. 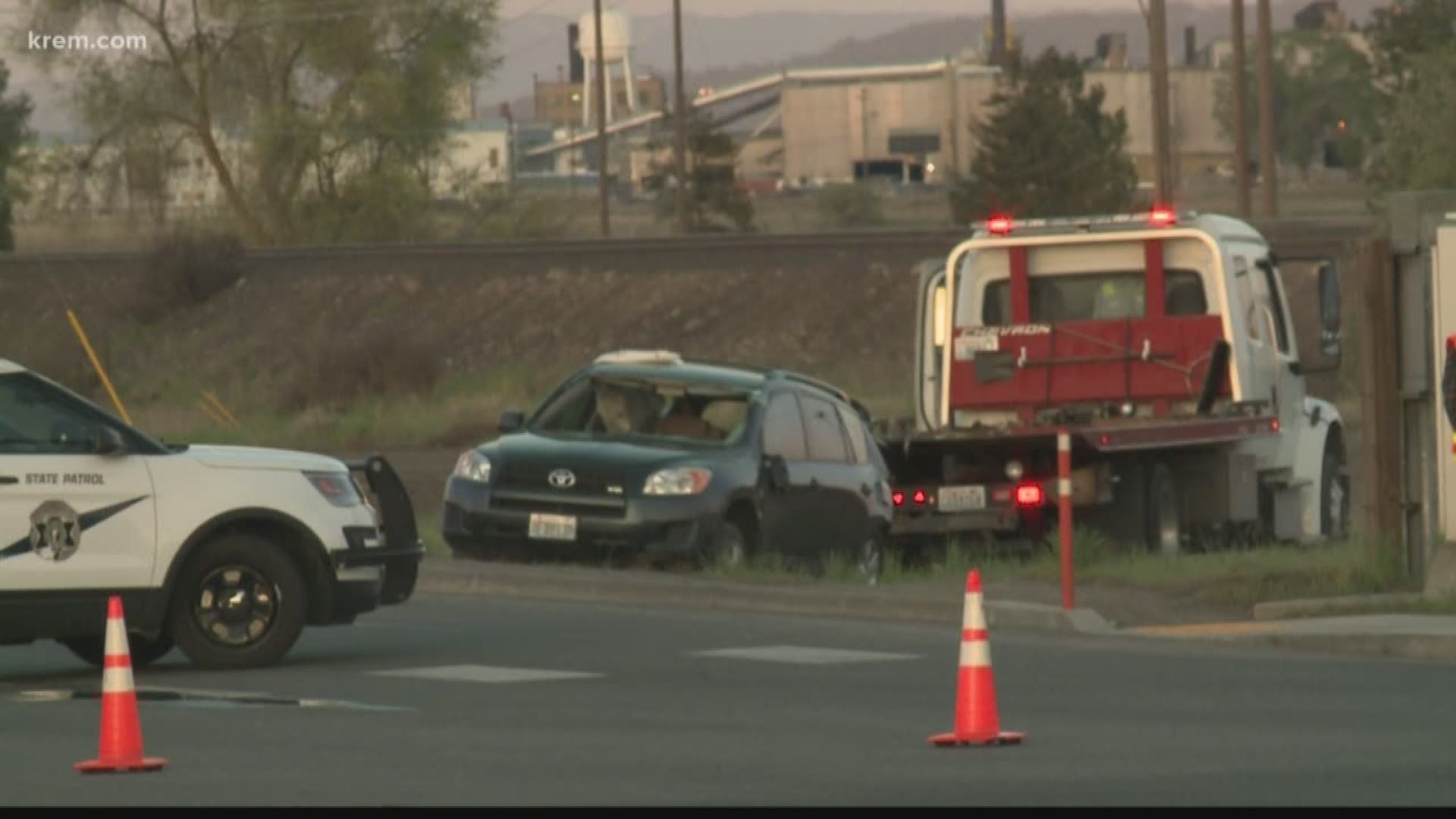 SPOKANE, Wash. — Police are investigating a hit-and-run crash in Spokane Valley that sent one person to the hospital on Sunday, according to Washington State Patrol.

According to court documents, 32-year-old Emily Appel hit the rear of another vehicle off of East Trent Avenue and North Pines Road. The suspect tried to drive away but got stuck on the railroad tracks. She then tried to run on foot.

The victim in the car that was struck was taken to the emergency room at Sacred Heart, according to court documents. The father of the victim told troopers that she "did not recognize him and is not coherent to what is going on," according to the documents.

Troopers also saw a laceration requiring stitches above the victim's right eye and one trooper said he suspected she had sustained a head injury, according to documents.

Troopers on the scene found an 18-pack of beer in the back seat and an opened beer can in the passenger area of Appel's vehicle, according to court documents. Troopers also said they smelled alcohol on Appel's breath and that she was slurring her words.

According to court documents, witnesses at the scene said Appel "told them that she was running from someone who was trying to sexually assault her."

Troopers are recommending charges of felony hit-and-run and vehicular assault charges, according to court documents. WSP spokesman Trooper Jeff Sevigney said they also recommended a driving under the influence charge.