The march also took time to open a dialogue among participants about the Black Lives Matter Movement. 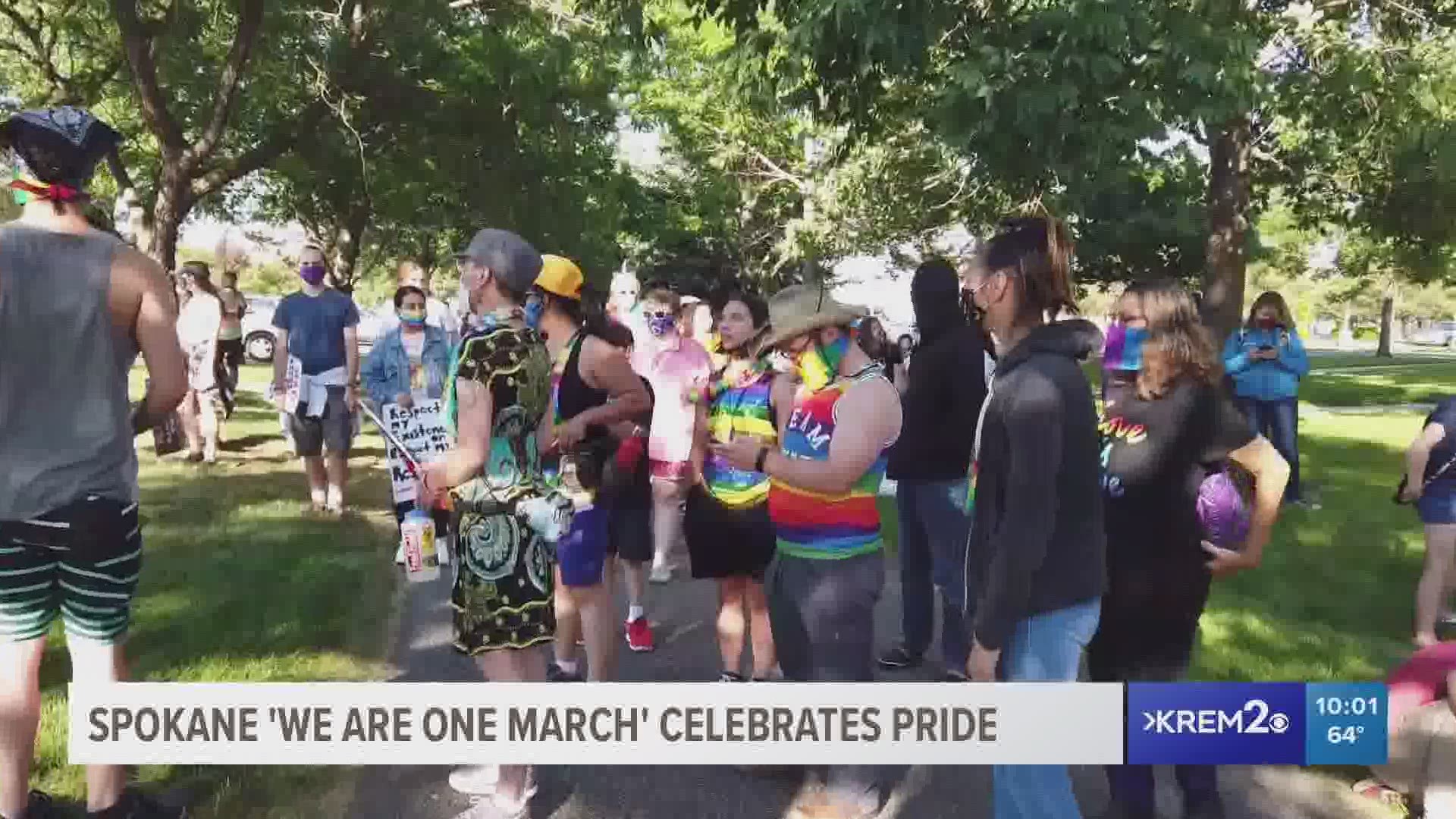 SPOKANE, Wash. — Pride month activities have been canceled all across the country but today in Spokane there was a miniature substitution for the events.

The We Are One March for Unity and Change unity event started on the Centennial Trail and was described by organizers as a chance to get Spokane residents together and build a stronger and more loving community.

“Both of these minorities are just really near and dear to my heart being LGBTQA myself, as well as raising two black children,” said Occupy Spokane founder Dustin Jolly.

On top of their initial goal of celebrating the human right of choosing who you get to love in this country.

The march also took time to open a dialogue among participants about the black lives matter movement.

Speakers had the chance to stand in the Riverfront Pavilion and speak about the progress they want to see and experiences they’ve had as members of the LGBTQA.

“There have been too many people throughout American history who couldn’t live honestly as themselves and love who they love,” explained Christopher Armitage, an openly bisexual candidate for U.S Congress in Eastern Washington.

Along with the march for equality and different speakers, a string of activities took place.

Expressions of art, meditation and healing exercise. Music was played and the lives that were lost in the Pulse nightclub shooting were honored.

“I want to spread love and respect,” said event speaker Maddison Stafford. I think those are the two most important things that everyone needs.”