Horsted is being recognized for his writing on a show called Black-ish where he received a nomination in the Outstanding Comedy Series category. 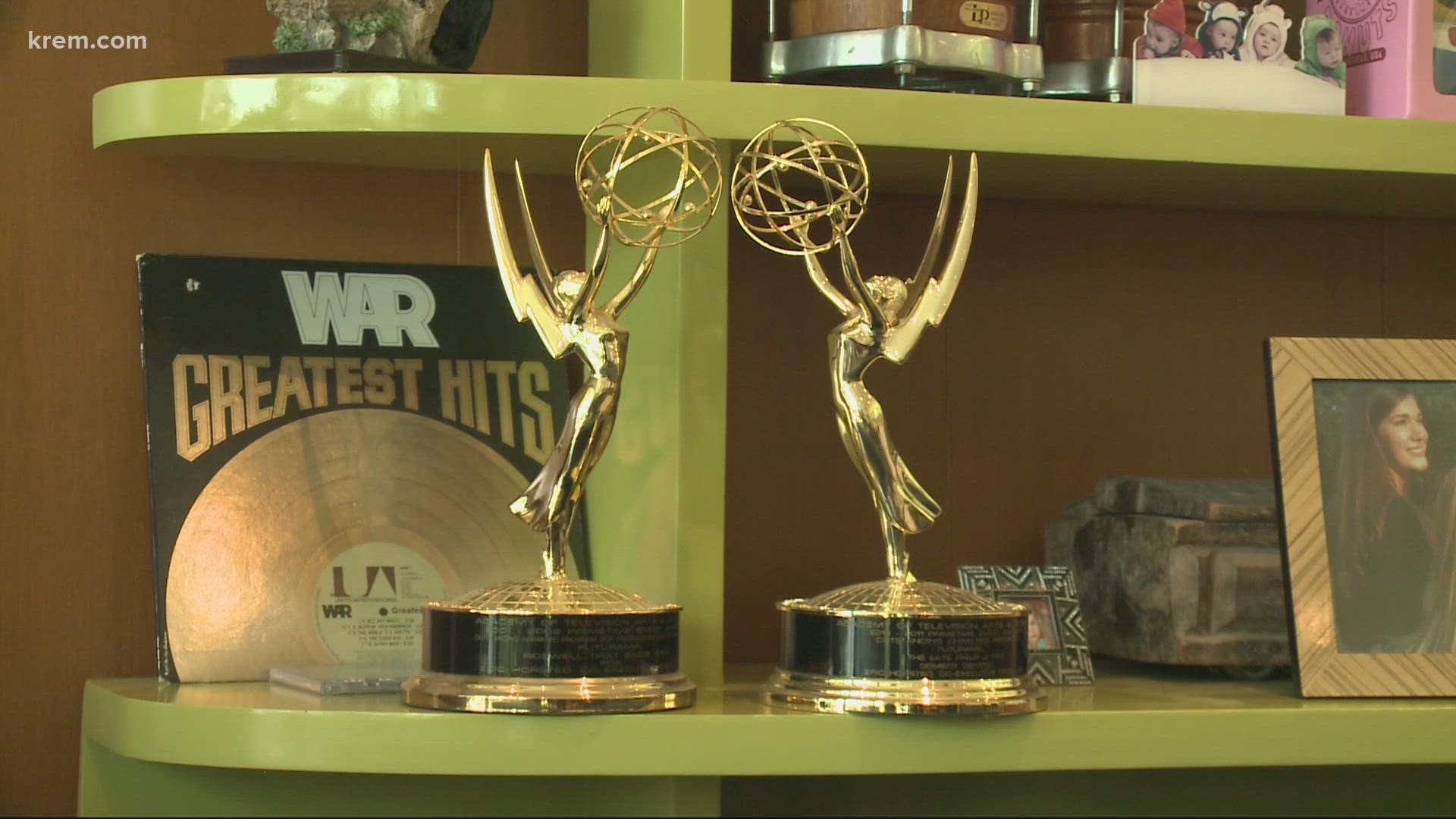 SPOKANE, Wash. — Eric Horsted and his family moved to Spokane last year after not needing to be in a writers' room due to the COVID-19 pandemic.

Horsted is a television show writer whose work can be seen in a variety of shows including "The Simpsons," "Futurama," "Home Improvement," "Reba" and "Disenchantment."

He started his career after he attended college in Austin and worked on Hollywood productions that were filmed in Texas. He then relocated to Los Angeles and became an assistant. The first show he ever worked on was on Coach with another Spokane star, Craig T. Nelson.

Growing up, Horsted was a fan of sitcoms like the "Mary Tyler Moore Show" and now he's receiving an Emmy nomination for one of his own.

Horsted is receiving recognition for his writing on a show called "Black-ish," where he received a nomination in the Outstanding Comedy Series category.

"I think we really put together some amazing episodes, and hopefully, an Emmy will smile upon us for all our great work," Horsted said.

Although the pandemic changed the way Horsted writes, he was able to talk with other writers over zoom while residing in Spokane.

“Just sort of fell in love with the charms and the beauty and the nice people, Horsted said about Spokane. "Eventually we saw a house that we loved and we were like ‘god, I guess this is it, we have to pull the trigger on this.’’

Horsted has received two Emmys in the past for his writing on Futurama. This year will be Horsted's ninth Emmy nomination.