The event, happening Saturday, is posted outside Deja Vu Showgirls in Spokane Valley. The strip club has received numerous complaints about the event. 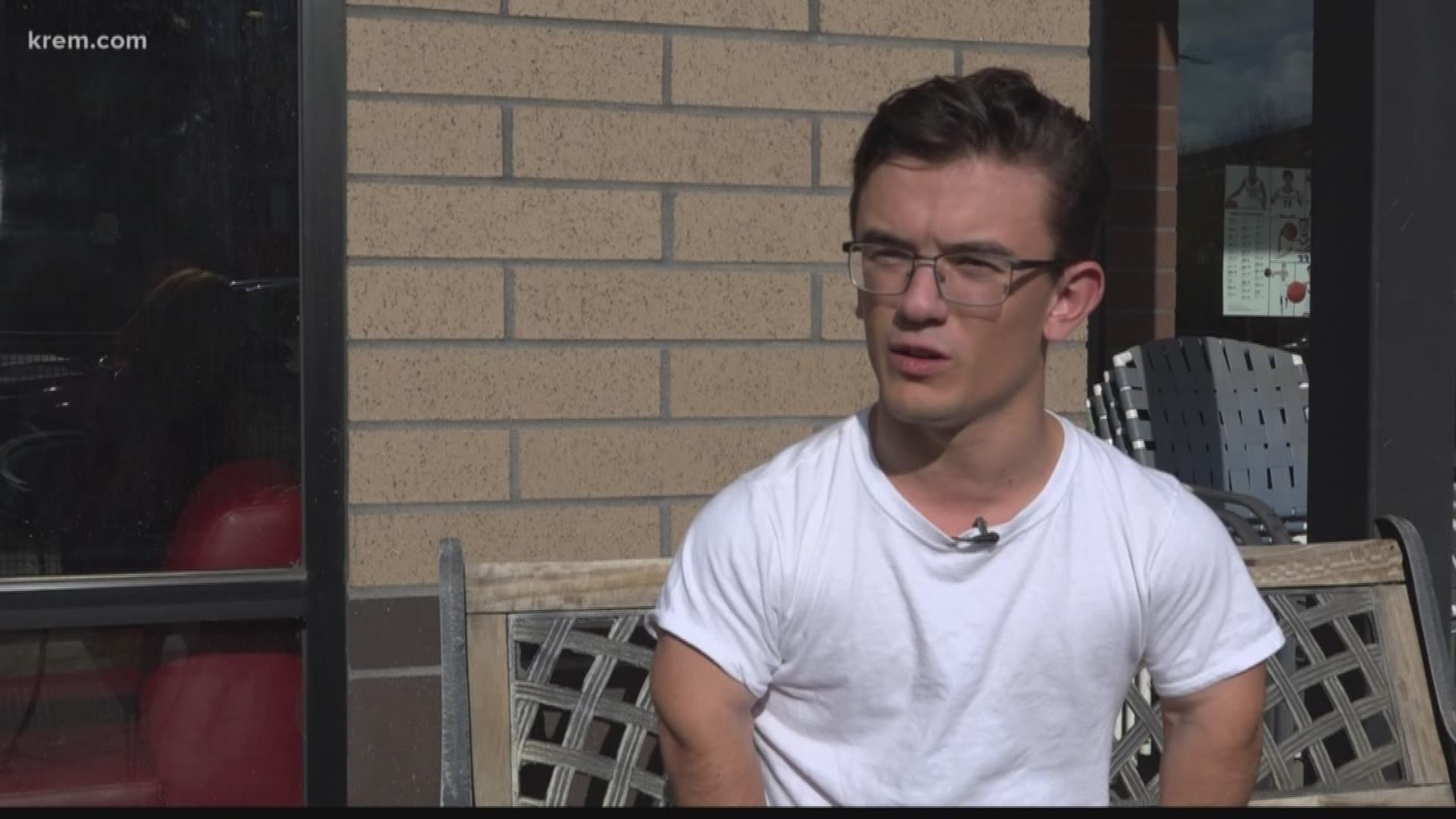 SPOKANE VALLEY, Wash. — People are expressing their outrage over an event at a Spokane Valley strip club that involves the tossing of little people.

The event, happening Saturday, is posted outside Deja Vu Showgirls in Spokane Valley. The strip club has received numerous complaints about the event.

"Why would these people sign up to be, you know, be physically abused, maybe even hurt, thrown around?" Ben Foos, a junior at Gonzaga University, asked.

The northwest region marketing director for the strip club franchise said the event is for entertainment. They said the featured act, Mighty Mike, has sold out clubs across country. His act often includes being tossed.

Their reasoning isn't good enough for Foos, whose parents and siblings are all little people like himself.

"It's more frustrated with the viewers and the people who are coordinating it because they know what's happening and they are paying to see it happen," Foos explained.

He worries events like these dehumanize little people and give people negative impressions of them.

Beyond that, Foos said there are always concerns about these types of displays promoting the physical abuse of little people. In 2012, a little person was reportedly partially paralyzed when a stranger picked him up and threw him after a similar event. Game of Thrones star Peter Dinklage even brought up the incident during his 2012 Golden Globe acceptance speech.

"I kind of have to look over the shoulder and, because of events like this, to make sure I am not put in physical danger," Foos said.

Deja Vu event coordinators said they understand Foos' concerns. But they said the money has already been spent and they have no plans to cancel the show. At this point, Foos hopes people will find another form of entertainment that night.

"I think that there could be a better way or a different way that you could profit off someone else's abilities, talents rather than laughing at how that person was created," he said.