Spokane police were alerted to an early morning armed robbery at the Safeway on Northwest Boulevard on December 26, 2017. Images from the store security show Joshua Spottedhorse walking over to a cash register and robbing the clerk. 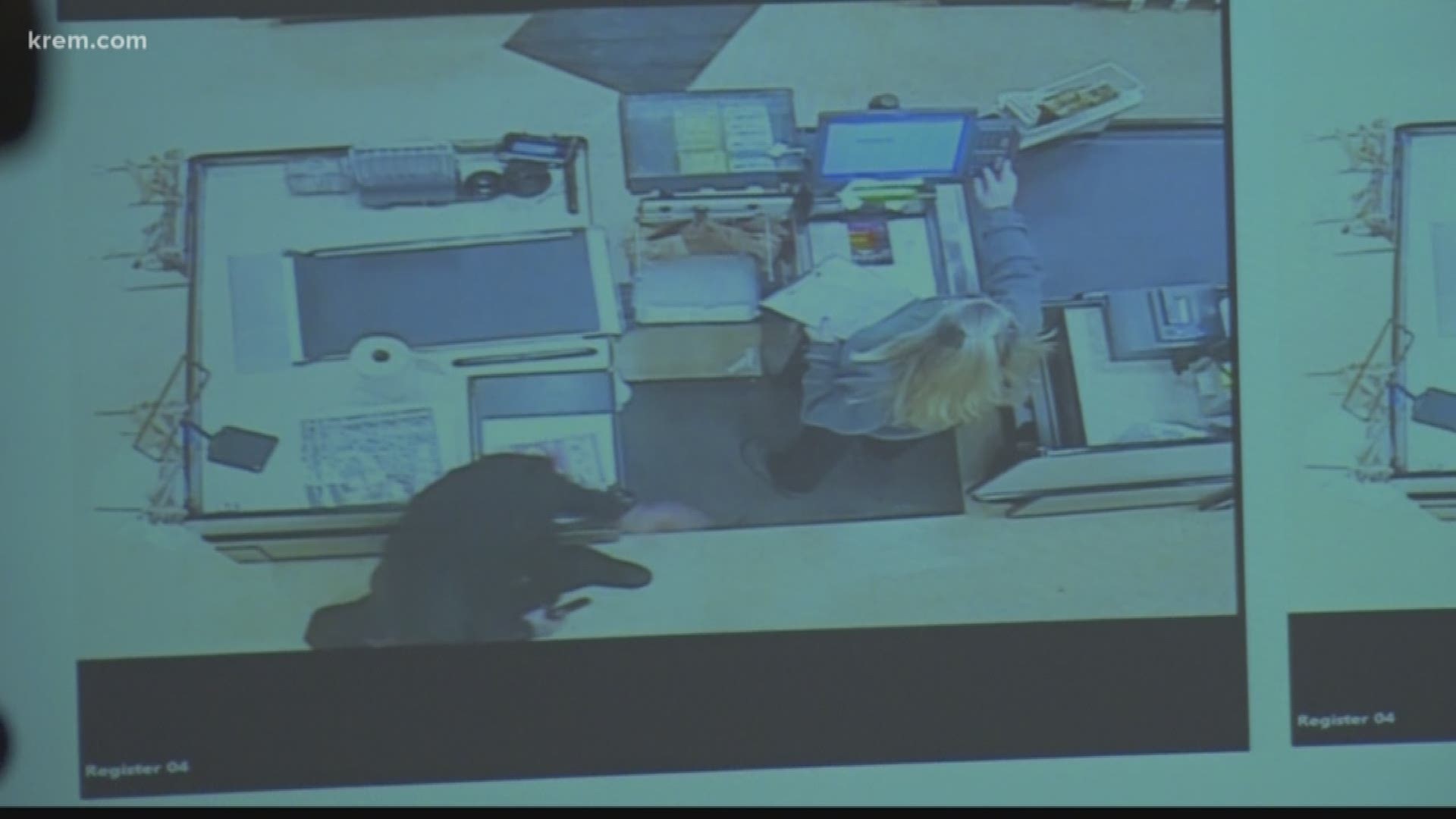 36-year-old Joshua Spottedhorse was shot and killed by an officer after an armed robbery at a Safeway on Northwest Boulevard.

A still image from the video shows Spottedhorse reaching for something at his waist. Then, he brings his hands up.

"It's what we would call a shooter stance, with both hands together as if to prepare to fire on officers," Captain Brad Arleth said.

Spokane police were alerted to an early morning armed robbery at the Safeway on Northwest Boulevard on December 26, 2017.

Images from the store security show Spottedhorse walking over to a cash register and robbing the clerk.

Police said after leaving the store he fired a shot into the air and drove away.

About an hour later, they found a man matching the suspect's description at a house nearby.

He tried to drive away from police, eventually crashing the car and ran away.

The prosecutor's office said the officer believed he was armed and used deadly force out of fear the suspect would shoot him or other officers.

During the investigation, a 9-millimeter semi-automatic handgun was found at the residence where police first spotted the suspect, along with a 9-millimeter shell casing in the Safeway parking lot.

With a vehicle search warrant, they also found various weapons in the his car, including a machete, bullets, and two "hold up notes."

"Clearly, whoever had custody of the vehicle was planning to use those notes in future robberies," Arleth said.

A toxicology report on Spottedhorse showed he had methamphetamine in his system.

Spokane police said Spottedhorse was not previously a known robbery suspect. But they say he had a criminal history including felony convictions for a domestic violence order violation and assault.