The rally started at the Spokane Tribal Gathering Place on Post Street around 5:15 p.m. Dozens of people showed up holding signs and showing their support for a woman's right to choose. 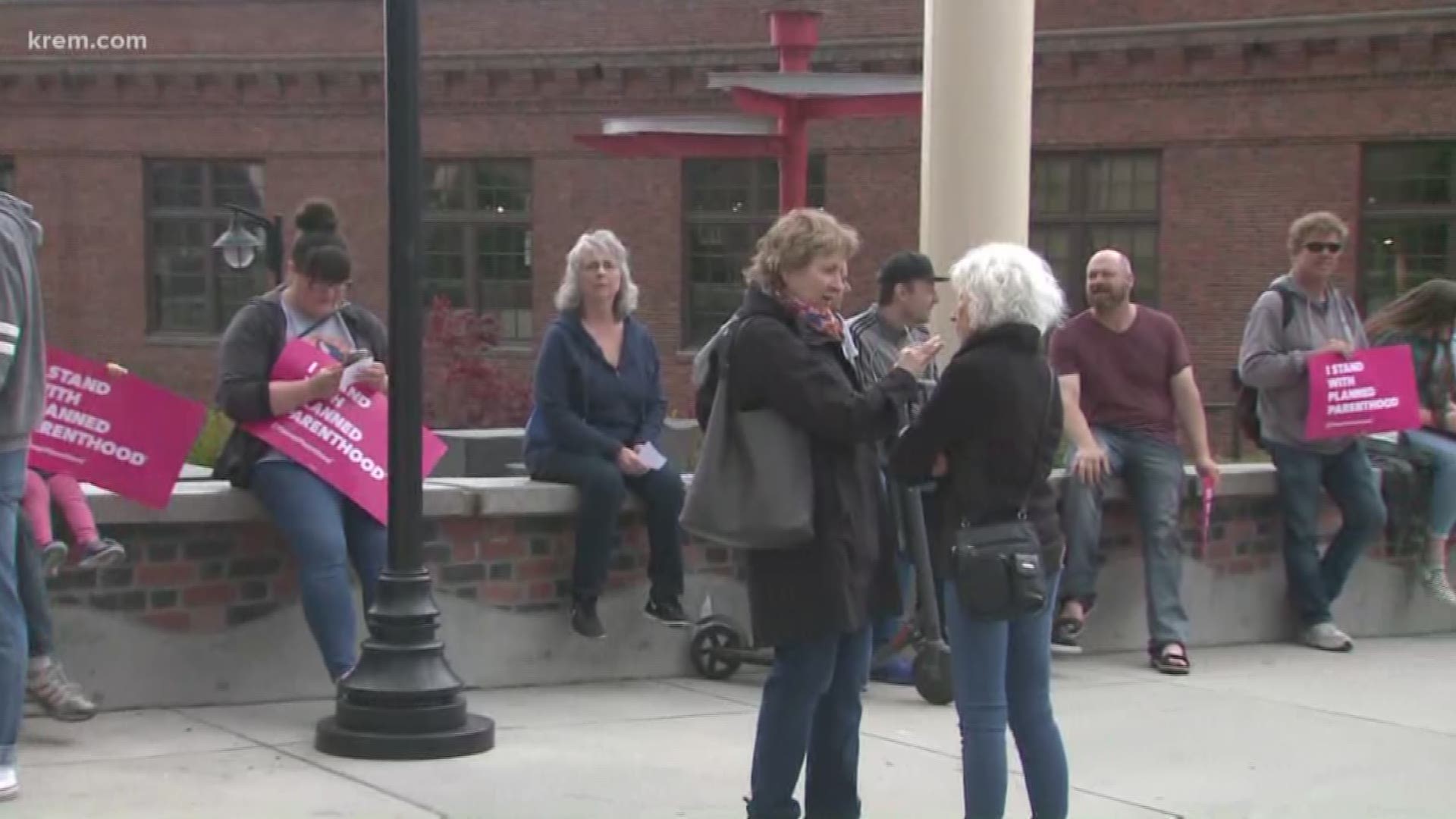 SPOKANE, Wash. — Protesters were held in downtown Spokane on Tuesday evening for a  pro-choice support rally after a wave of abortion bans passed in southern U.S. states.

The rally started at the Spokane Tribal Gathering Place on Post Street around 5:15 p.m. Dozens of people showed up holding signs and showing their support for a woman's right to choose.

"My body, my choice," the crowd shouted. "Abortion is healthcare."

A series of speakers also spoke in front of the crowd. The first speaker was a doctor and educator who announced she was pro-choice.

"How can we not have agency on our own bodies?" she said. "No one should tell me what I can do with my body."

"Would we be having this conversation if men could get pregnant? Hell no," he said.

A 16-year-old activist shared her story about getting pregnant and having a miscarriage. She said she should be able to have a safe abortion if she had to make the choice.

"I should not be up here having to beg...for these basic human rights. But here we are," she said. "We are not going to let history repeat itself."

The next speaker spoke about losing one of her best friends when she was a freshman in college. She said she disappeared one day. She later found out she died while getting a back alley abortion.

On Friday, Missouri’s Republican-led House passed legislation that would ban abortions at eight weeks of pregnancy. If enacted, the ban would be among the most restrictive in the U.S.

Last week, Alabama’s Republican governor also signed the nation’s strictest abortion ban into law, which makes performing an abortion a felony in nearly all cases. The ban would go into effect in six months if it is not blocked by legal challenges.

Georgia Gov. Brian Kemp also signed the controversial LIFE Act, also known as the “heartbeat bill,” into law last Tuesday. The measure outlaws abortion as soon as a doctor can detect a heartbeat in an embryo, limiting the window of time to approximately six weeks after gestation.

RELATED: Will Washington and Idaho be the next states to pass restrictive abortion laws?

“In light of recent abortion bans going on within our states, it is our job as a community to show anyone choosing to have an abortion in Spokane that they are supported and cared for. We will not be silenced by a board of men thinking they have the authority to tell us what to do with our bodies,” the Spokane protest’s Facebook event description reads.

Hundreds of demonstrators marched to the Alabama Capitol on Sunday in protest of their abortion law recently passed there.

More than 50 organizations planned "Stop the Bans" protests for Tuesday, with 400 demonstrations across the U.S.

The church describes itself as a “gathering of Christians for the worship of God and corporate prayer for repentance for this nation, repentance for the apathetic church and repentance of our blood guiltiness in this abortion holocaust.”

A peaceful counter-protest at Planned Parenthood is scheduled for 5 p.m. Organizers say the purpose is to gather together in solidarity with women.

Nearly 30 people have said they are attending the counter-protest on Facebook, with nearly 190 people who are interested.

KING 5 Staff and The Associated Press contributed to this report