Caleb Sharpe's attorney, Bevan Maxey, argues that the release of the videos is "highly sensational and only serve to prejudice Mr. Sharpe in the face of the community," court documents stated. 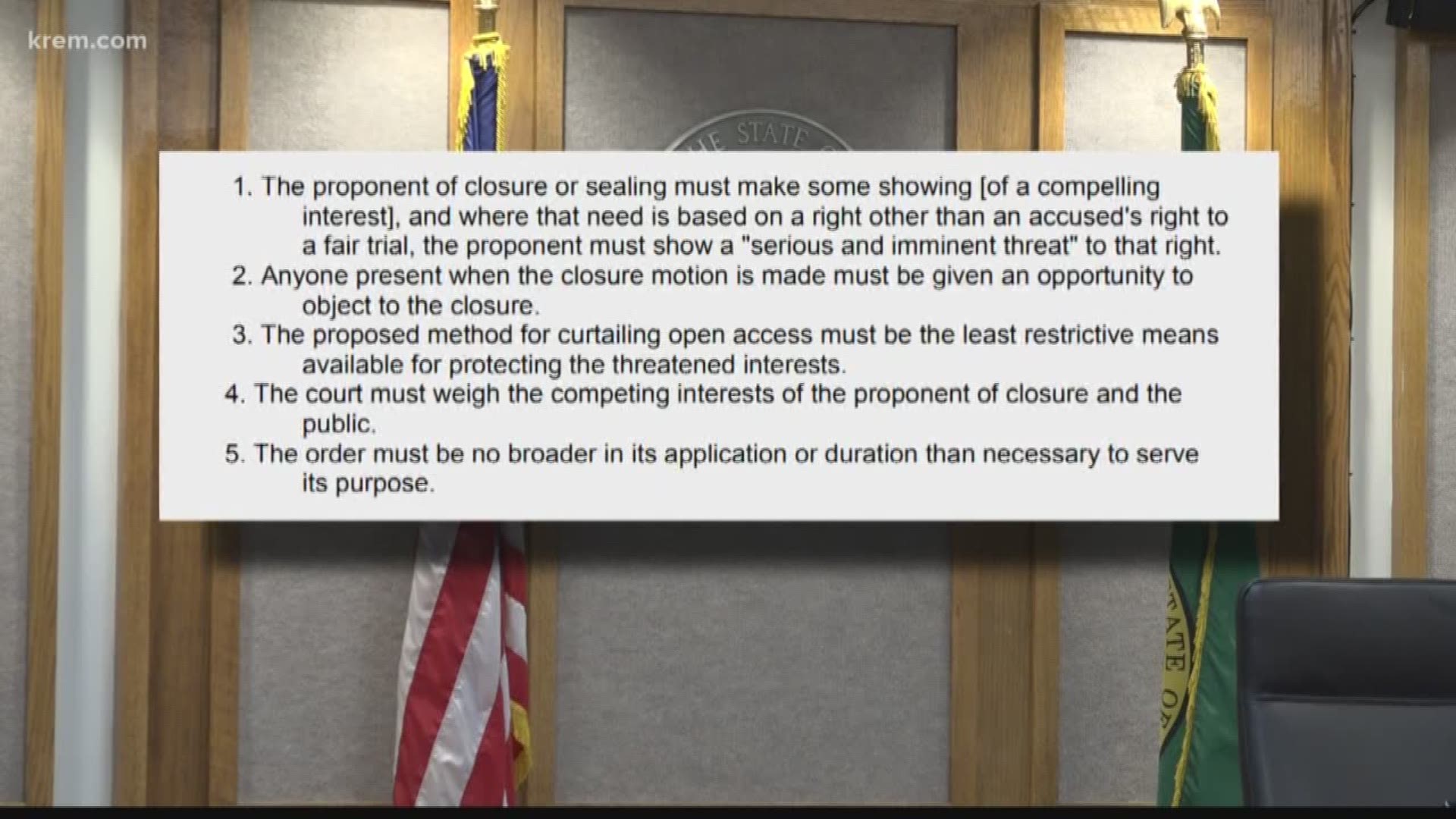 SPOKANE, Wash. — A judge has ruled in favor of sealing video, transcripts and recordings in the case of a teen accused of opening fire at Freeman High School in 2017.

Both the defense and prosecution wanted to see these items sealed. Prosecutors asked on behalf of the victims' families, including Sam Strahan's mother Amy who gave a statement to the judge on Monday, Nov. 26.

Accused shooter Caleb Sharpe's attorney filed a motion to seal pieces of evidence from the public on Oct. 5, 2018.

According to court documents, Caleb Sharpe’s attorney, Bevan Maxey, asked the court not to release the videotaped statement he gave to police, the transcript of the interview, surveillance video of the incident and photographs of the hallway where the shooting took place and the victims.

Maxey argues that the release of the videos is “highly sensational and only serve to prejudice Mr. Sharpe in the face of the community,” according to court documents.

Documents also said, in part, that the release of the photographs from the scene “offer no valuable information to the public."

According to Maxey, these items need to be sealed to protect Sharpe’s 6th Amendment right to a fair trial. The motion also claims all these pieces of evidence are not part of the official court file, so they should be kept confidential.

Back in May, a judge ruled that all law enforcement interviews with Sharpe can be used in his upcoming trial.

According to court documents, the accused shooter told investigators he watched Columbine documentaries and flipped a coin to decide if he would go through with the shooting. Judge Michael Price presided over the accused shooter's case and reviewed the full audio and transcript of the interview before making his decision.

"Law enforcement were very respectful and courteous to Mr. Sharpe, but at the same time it should be noted that Mr. Sharpe himself was very courteous and very respectful to law enforcement officers," Judge Michael Prince said back in May. "The court will find that the statements made by Mr. Sharpe during the interview on September 13, 2017, with Spokane County Sheriff's detectives Bonney and Melville are and shall be fully admissible at the decline hearing on this matter as well as in trial."

Judge Price also mentioned that during the interview, the accused shooter gave law enforcement more information than he was asked.

Sharpe was 15 years old at the time of the shooting. He still faces a declination hearing, where a judge would decide if he will be tried as an adult. This hearing has been pushed back several times.