Moms ok to breastfeed at any Wash. pool, park, according to state law

According to Washington state law, "The act of breastfeeding or expressing breast milk is not indecent exposure." 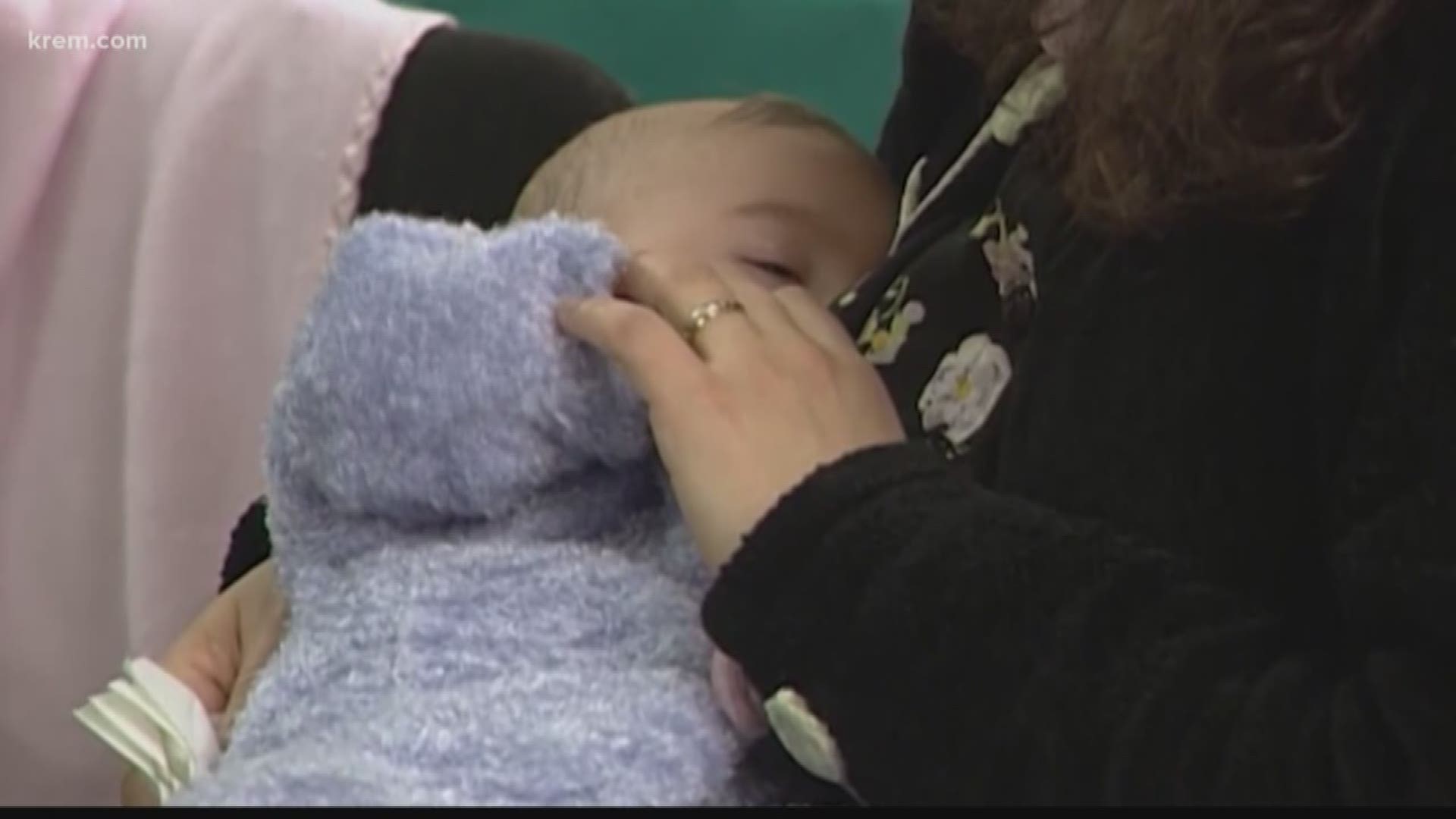 Spokane Park Ranger Supervisor Justin Worthington said this would not happen at city pools or parks. That's because breastfeeding in public is protected by Washington state law.

That means, when all Spokane city pools open June 17, breastfeeding mothers will not be kicked out for doing so at the pool or any parks.

"I would like to think that nothing like that would actually happen here," Worthington said. "We train all of our officers specifically to educate people that might complain about breastfeeding mothers about the law and that they're not breaking the law or doing anything wrong."

The state's declaration of civil rights takes it a step further.

Breastfeeding is covered under Washington's "Freedom from Discrimination" law. According to RCW 49.60.030, policies cannot be created to prohibit it.

Park rangers and all city aquatic staff receive training about these laws so they are aware breastfeeding is legal.

As a new dad himself, Worthington said all are welcome at Spokane's city parks and pools--even breastfeeding mothers.

"We want to make sure that our parks are an inclusive place," Worthington said. "It's a public forum. You're welcome to do a lot of different things at our parks, including feed your children. So we're happy to allow that. There isn't any specific requirements such as covers."