WSP identifies victim in fatal hit-and-run on I-90

Around 10:50 p.m. Tuesday, a driver struck a pedestrian on westbound I90 near the Hamilton exit. The Washington State Patrol is looking for a silver or gray VW Jetta 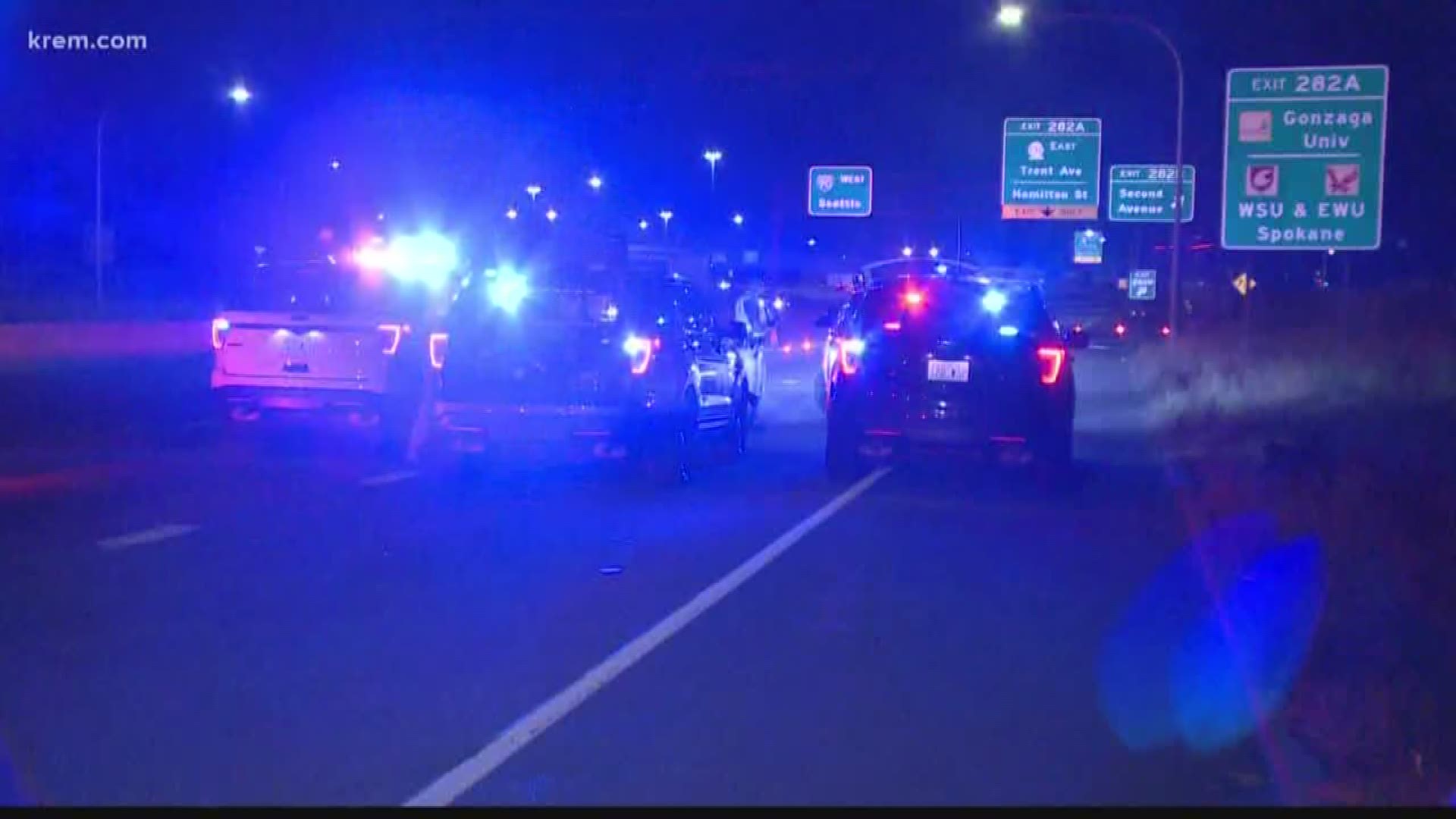 SPOKANE, Wash. — SPOKANE, Wash.-- One person is dead after a hit-and-run crash on westbound I-90 near the Hamilton exit Tuesday night.

WSP reported that 26-year-old Yannel Mignonsin from Cheney was the victim of the crash. His next of kin has been notified.

Washington State Patrol told KREM 2 at the scene that it is investigating the incident as a fatal felony hit-and-run. A witness stopped on the side of the road to let authorities know what had happened, but the driver had already sped off.

WSP Trooper Jeff Sevigney said police are looking for a 2005-2010 model year Volkswagen Jetta that is either gray or silver in color with right front body and right side mirror damage.

Mignonsin was taken to a nearby hospital and later died, according to authorities at the scene. WSP is working to find the suspect vehicle, and any witnesses who may have seen what happened.

The exit reopened at 2 a.m. on Wednesday.

Anyone with information about the hit and run or about the suspect vehicle is asked to call WSP Detective Ryan Spangler at 509-227-6644.