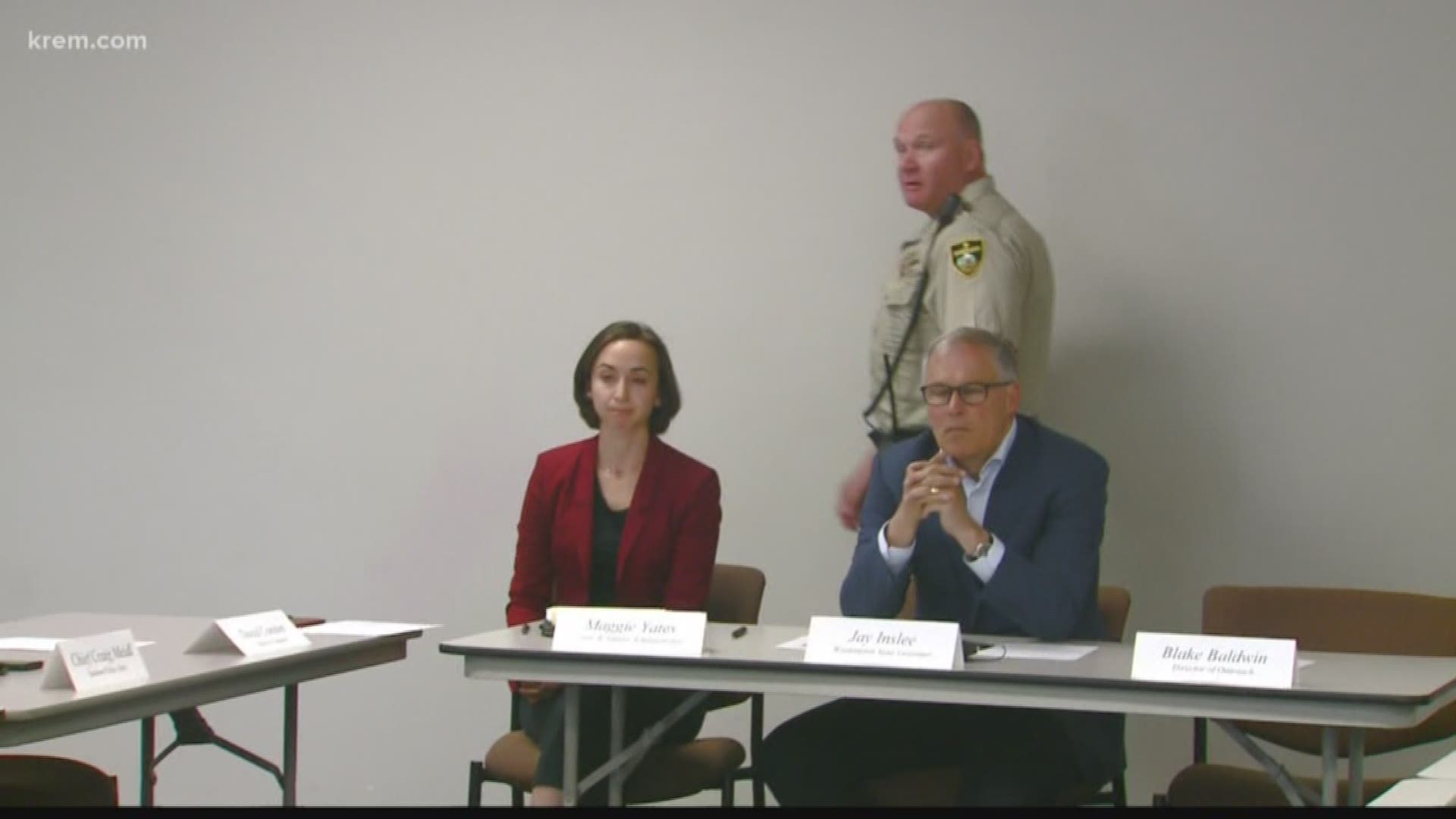 Inslee spoke at the Washington State University Pharmaceutical & Biomedical Sciences Building Lobby. The event was set up in celebration of the legislature’s core funding to support the College of Medicine. He also got a tour of Spokane's WorkSource and the new resource center.

His visit comes one week after Spokane County Sheriff Ozzie Knezovich appeared on Fox News Channel's "Outnumbered" and said the governor committed a crime by signing the ‘sanctuary state’ law.

The crime Knezovich claims Inslee has committed? Obstruction of justice.

"If you really think it's bad, change the law," Knezovich said on the program, referring to Inslee. "Otherwise, if you don't want to enforce your own laws, either step down or be held in contempt of Congress, or be arrested for obstruction."

Inslee does not see it that way.

In a statement, a spokeswoman for the governor wrote, "We are fully confident that with this bill, Washington state is in full compliance with all federal laws. The bill was passed by the legislature and signed by the governor. The bill is now state law and sheriffs, just like everyone else, are expected to follow state law."

The two met Friday to discuss a program that pairs a mental health professional with an officer. Knezovich said funding could run out in the next year and a half. He hopes the governor will find funding.

"The challenge will be is he going to take that message back to Olympia and find the revenue sources so we can spread this statewide," Knezovich said.

"This type of creativity is necessary both from reducing the load on law enforcement in actually helping people. I think what's going on here is one of the most encouraging things in the state of Washington in this regard," Inslee said.