They also brought many pairs of shoes, which they used to line the sidewalk along Post street outside of the Congresswoman's office. 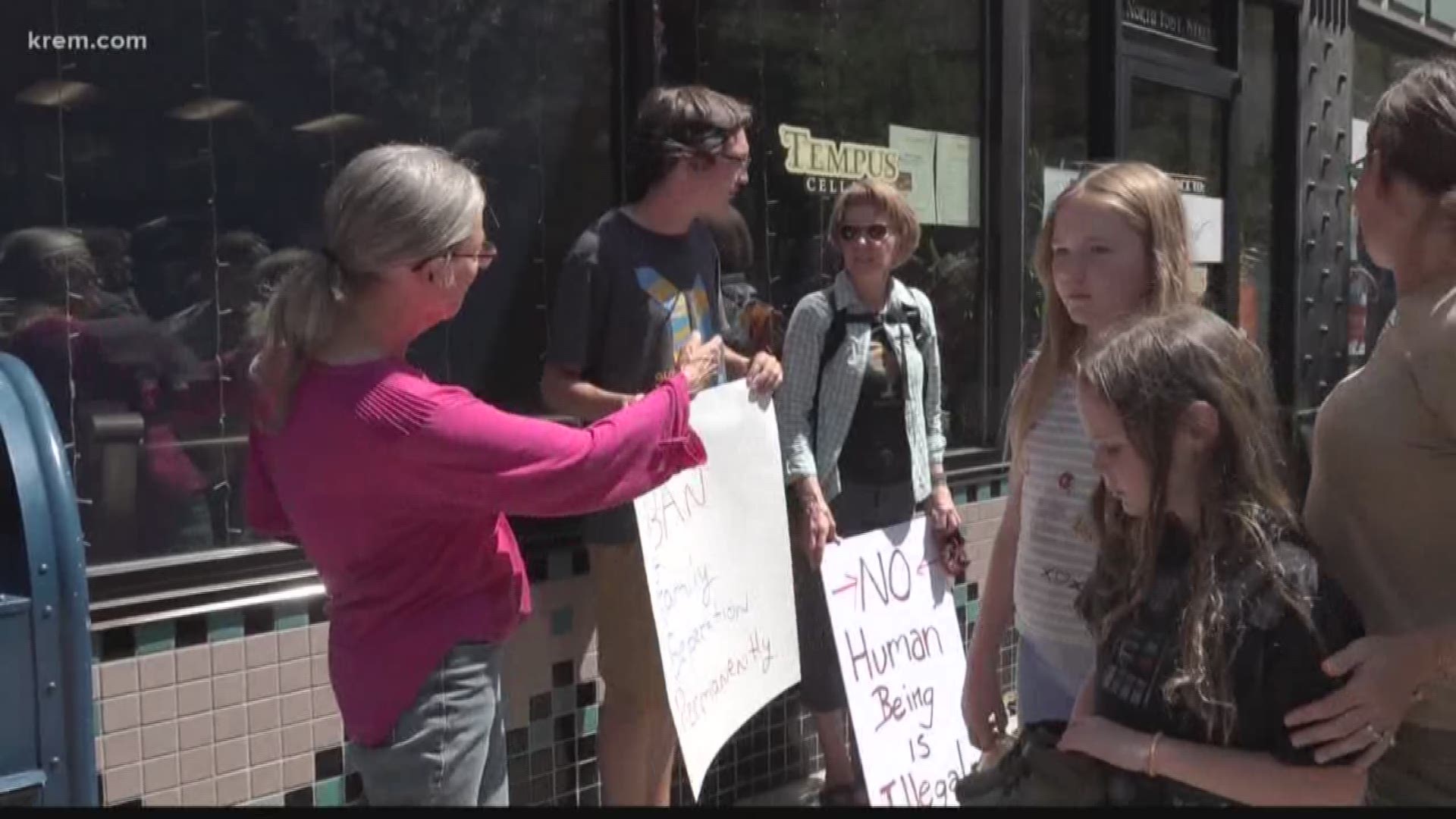 The rally was called 'Walk a mile in our shoes' and organizers with Fuse Washington are calling on the Eastern Washington Representative to propose legislation to end the Trump administration’s 'zero-tolerance' immigration policy.

Demonstrators brought signs and pictures of migrant children. They also brought many pairs of shoes, which they used to line the sidewalk along Post street outside of the Congresswoman's office. The shoes were meant to represent the dangerous journey these families are making to come to America and they said they want representatives to "put themselves in their shoes."

"Apparently Republicans in Congress lack compassion, so we're asking them to put themselves in the shoes of these children who have been torn away from their families after escaping violence and threats in their native countries and seeking asylum here in the U.S. So, we're asking them to have compassion and take action right now to permanently ban this practice," saud Fuse Program Director Jim Dawson.

After demonstrating outside for about 20 minutes and hearing speeches from local organizers, the group went inside the building and left shoes and pictures outside Congresswoman McMorris Rodgers' office.

KREM 2 reached out to her team and they said she stands by her prior statement that she wants a permanent legislative fix for this problem.