Allsup recently took an active membership within a group labeled by some as white nationalists. He is also the former president of the College Republicans at Washington State University who resigned amid related controversy. 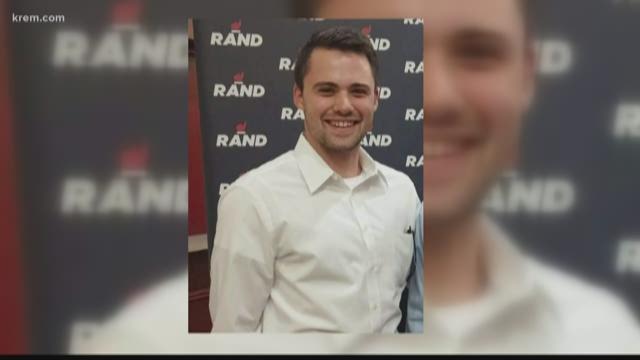 Allsup recently took an active membership within a group labeled by some as white nationalists. He is also the former president of the College Republicans at Washington State University who resigned amid related controversy. Back in May, Wright issued a statement that said Allsup has never been affiliated with Spokane County GOP in any official capacity.

Back in June, Allsup announced on social media he was elected as the Republican Precinct Committee officer for Precinct 29. At the same time, it was discovered Allsup took active membership within a group labeled by some as being white nationalists. This prompted Wright to release a statement saying Allsup has never been affiliated with Spokane County Republicans in an official capacity. She also added his recent comments and actions are "out-of-step" with the values of the party and Spokane County Republicans.

In a press release, Pastor Walter Kendricks with Spokane Community Against Racism said:

“We cannot take for granted the integrity of our public officials when they denounce white nationalism in the press, while privately endorsing their leaders and values. We can’t reasonably assume public officials will uphold our rights when they applaud those who would harm us."

Wright also released a statement Tuesday about the meeting saying:

Northwest Grassroots is a group, independent of the Republican Party that does not shy away from controversial subjects.

Mr. Allsup reached out to my husband, John Charleston, the head of NW Grassroots, to discuss what he feels is an untrue characterization of him as a white supremacist.

John asked Allsup if any of the racist characterizations were true and was assured they weren’t. After talking with Mr. Allsup, John felt that he had been misrepresented and invited him to speak about the inaccurate “labeling” at our next NW Grassroots meeting without my knowledge or consent.

The segment was called “label lynching” and I had been told Mr. Allsup was there to dispel the label he has been identified with as a racist and white supremacist – a chance to defend and explain himself.

As you can see from the video I did not praise him, I did speak about the need to do research before accepting what is said about people.

Allsup did speak, said nothing controversial but did NOT denounce the vile, racist views he is associated with as was expected.

From there the meeting went on to the open mic segment.

Mr. Allsup left the meeting after he spoke.

I remain, as does the Republican Party, committed to standing against white supremacy, racism, and bigotry in all forms.

That does not mean that we deny people the right to free speech, but it is certainly a lesson to more thoroughly research individuals before giving them a platform to speak.

Racism and bigotry have no place in America. In my youth I took part in Civil Right Marches, worked with the first minority bank in Los Angeles to train the employees. When asked by the President of a different bank to fire a good employee because he was gay, I resigned because that was against my beliefs. It was wrong. Nothing has changed I still have the same beliefs.

I hope the community and the Spokane County GOP understand that I consider this a serious mistake in my judgment and hope my explanation and apology is accepted.

Local organizations plan to hold a rally with the goal of uniting the Spokane community against white nationalism on Thursday at 5:30 p.m. in front of the Spokane County Courthouse.