Can Donut Parade be saved?

Donut Parade, located on Hamilton and Illinois in Spokane, has been open since 1968. Their front door was locked Monday, power was off, and yet if you looked in the donut case, there were still donuts. 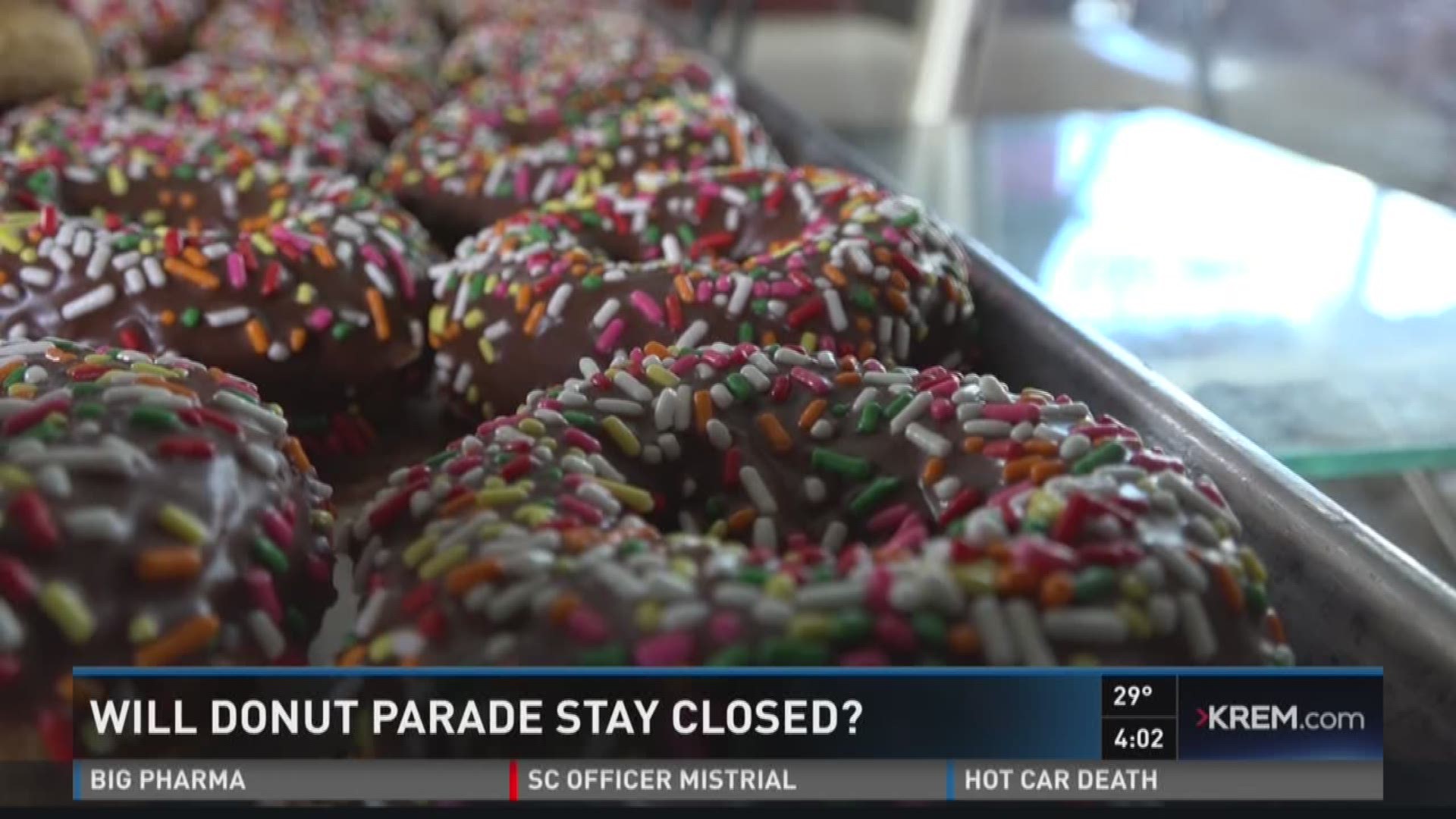 SPOKANE, Wash. – On Sunday a popular donut shop in Spokane closed its doors for the last time. The response on social media has been overwhelming in support and pleas for it to return – there is even a GoFundMe page – but now the question is: Can Donut Parade be saved?

Donut Parade, located on Hamilton and Illinois in Spokane, has been open since 1968. Their front door was locked Monday, power was off, and yet if you looked in the donut case, there were still donuts.

We spoke with Christian Reno, the owner of Donut Parade, about why they had to close.

“People sit here and see when it’s busy, hey they’re doing really good, sure for an hour a day, sometimes Fridays and Saturdays, longer yes, but not six days a week,” Reno said.

Reno has been working at Donut Parade since she was 18. In 2008, the original owner sold the business and her and her husband took over. For the past few months though, Reno said they have been struggling to pay the bills.

“It’s trying to come back and then things like this keep happening, like I said it’s like that game whack-a-mole get rid of this problem, boom another one shoots up,” she said.

A car crashed through their front door over the summer, and since then Reno said it has just been one problem after another.

The building is in desperate need of repairs, the roof is leaking, lights have fallen down, among other problems.

Reno said it takes $4,000 a week to maintain and said they are now behind paying utilities and rent – leaving them no choice but to close.

“I don’t want it to close, trust me, I’ll work tomorrow if this thing works,” Reno said, “but if it doesn’t I’m sorry and we had fun good luck you guys to whoever wants to take it over, I don’t know if they’re going to sell it to someone or what.”

Reno said she wants to see if it can stay open and if someone else needs to take over to make that possible – she would be open to that idea.