Jon Neill will take over after Kardong's retirement. Neill is an attorney in the law firm of Eymann Allison Hunter Jones P.S., Lilac Bloomsday Association Board member and Bloomsday's Elite Athlete Coordinator. 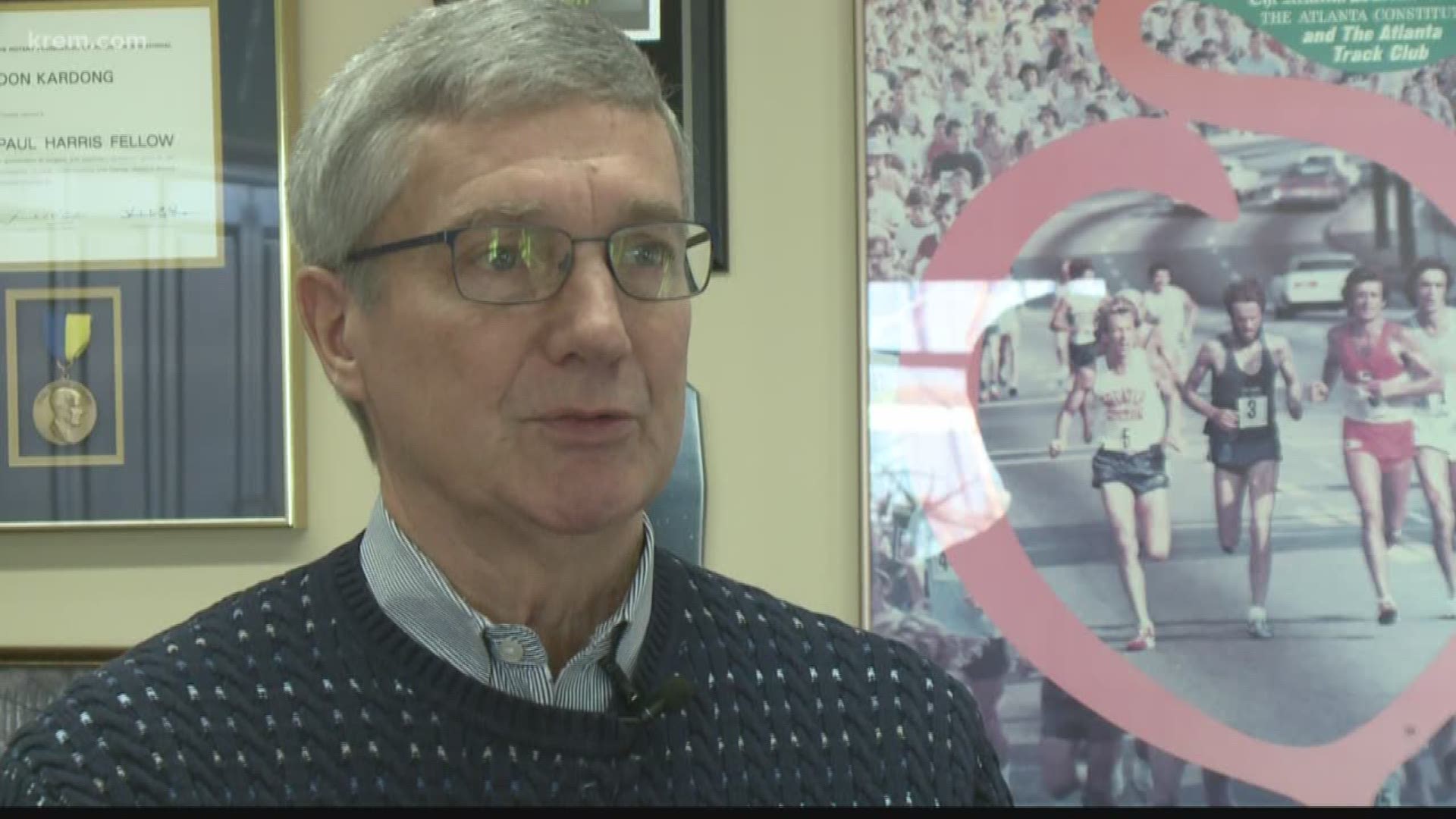 The Founder and Race Director of the Lilac Bloomsday Run, Don Kardong, is set to retire after the 2019 race on May 5.

Jon Neill will take over after Kardong’s retirement. Neill is an attorney in the law firm of Eymann Allison Hunter Jones P.S., Lilac Bloomsday Association Board member and Bloomsday’s Elite Athlete Coordinator.

"It's been a privilege to be associated with Bloomsday all these years, and to have worked with so many great people who donate their time to make it happen. I may be leaving the Race Director position, but I plan to continue to be involved after I retire,” Kardong said in a statement Friday.

In a press release, Bloomsday officials said the idea for the race was thought up by Kardong and Mayor David Rogers in a chance meeting in an elevator at City Hall. It’s now one of Spokane’s finest traditions.

Kardong was president of the Lilac Bloomsday Association from 1982-1984 and for over 20 years he was the elite athlete coordinator before becoming the race director in 2004.

“As we prepare for the 43rd running of Bloomsday, we have a great deal to be proud of,” Bloomsday President Mark Starr said in a statement. “Don Kardong is a household name in Spokane and highly regarded in the national running community. With Don’s retirement we are excited to welcome Jon Neill as our new Race Director. Jon has worked closely with Don and the Spokane community for many years now. His knowledge of Bloomsday and its inner workings is second to none. I’m excited to be a part of this team and look forward to Bloomsday’s future.”

Neill started his involvement with Bloomsday as the race intern in 1995 and 1996 while he was a student at Gonzaga University. He was then appointed to the Bloomsday Board of Directors in 2003 and served as president from 2005-2007. He’s been the elite athlete coordinator since 2005. He recently spearheaded the revival of Junior Bloomsday, a run for elementary aged runners to be held in April 2019.

“Don Kardong has been a tremendous leader for our organization,” Neill said in a statement. “His vision, generosity, and energy have helped transform Bloomsday from a race to a prized community event that is embraced by the entire region. You would be hard pressed to find an individual who has done more for Spokane and its citizens than Don Kardong. It has been an honor to work with the Lilac Bloomsday Association over the past 20 plus years as a volunteer. I am humbled by the opportunity the LBA Board has given me, and I am excited to build from Don’s incredible success.”