Doctors told ISP that the officer who conducted the stop should be credited with saving the child's life. 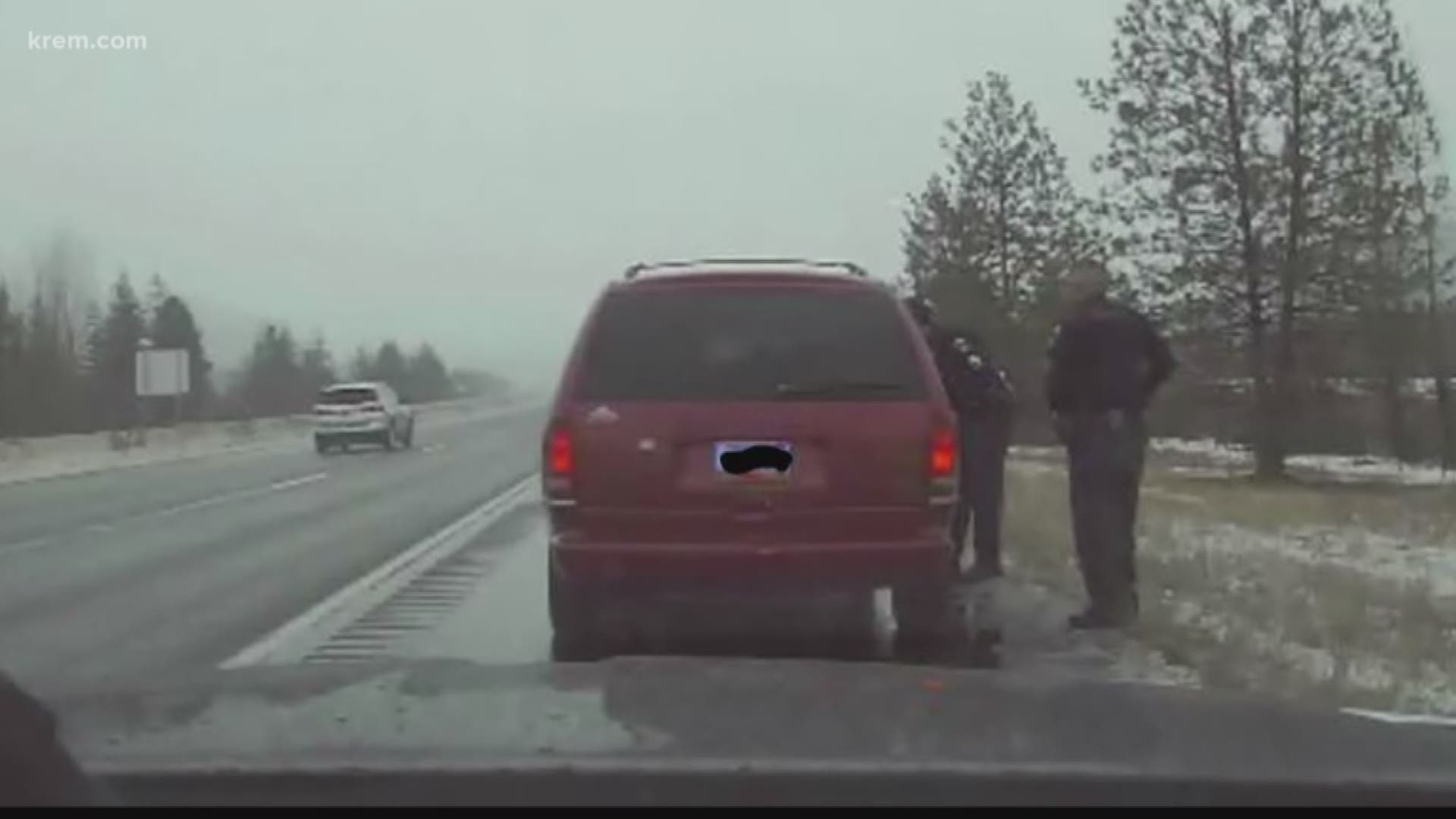 Idaho State Police Sergeant Justin Klitch helped arrest a man for trafficking meth after discovering a two-year-old in his car with life-threatening injuries during a traffic stop Tuesday on I-90 in Shoshone County.

Klitch said he didn't want this story to be about him. He said Specialist Shane Grady, Specialist Jerry Stemm, Trooper Enrique Llerenas and Corporal Kevin Kessler, helped him out and so did the ER nurses.He said this was one fo the worst cases of abuse he has ever seen.

"I've never seen anything quite as traumatic as this to a small child, innocent child," Klitch said.

The driver, Jorge Gonzalez-Vergel, 59, was in the car with a 32-year-old woman and two children, ages 2 and 1. Klitch noticed signs of physical trauma on the woman’s face and multiple injuries on the 2-year-old. He noticed the child wasn't entirely responsive and called in medics.

"But what really made me know things were serious was the paramedic had a look on his face of panic," Klitch said.

The 2-year-old was taken to Sacred Heart Hospital's ICU with life-threatening injuries, including brain injuries. The child had several visible marks and scars indicating severe child abuse. Doctors have said that if it wasn't for that traffic stop, the child might not have survived.

"Based on what I saw and how severely beaten this child had been, I had never seen anything like that in my entire life," Klitch said.

UPDATE- Baby J is out of ICU!!! Sgt. Klitch just left Sacred Heart Hospital and said Baby J is alert, engaging and playful. We are all so thankful for the hard work and care of the Sacred Heart Pediatric ICU team! Still work to do but good news none the less.

After further investigation, troopers discovered meth, marijuana and drug paraphernalia in the van.

The physical abuse is being investigated by the Redmond, Washington Police Department, but Gonzalez-Vergel is not a suspect at this time.

Klitch said this stop is an example of how ISP troopers are trained to spot several things during a traffic stop and make sure protecting people is their priority.

"I can't be more proud of my agency and the troopers at the scene. But honestly, I think the true heroes here are the medical staff who treated the kid initially," Klitch said.

The 1-year-old was transported to Shoshone Medical Center for evaluation and is now in the temporary custody of the State of Idaho. Gonzalez-Vergel was arrested and booked into Shoshone County Jail on charges of felony possession of a firearm and trafficking methamphetamine.