The SMaRT Center employs human sorters – in addition to its machinery – to sort through contaminants in the recycling stream, but the problem is so pervasive that it becomes impossible to keep up. 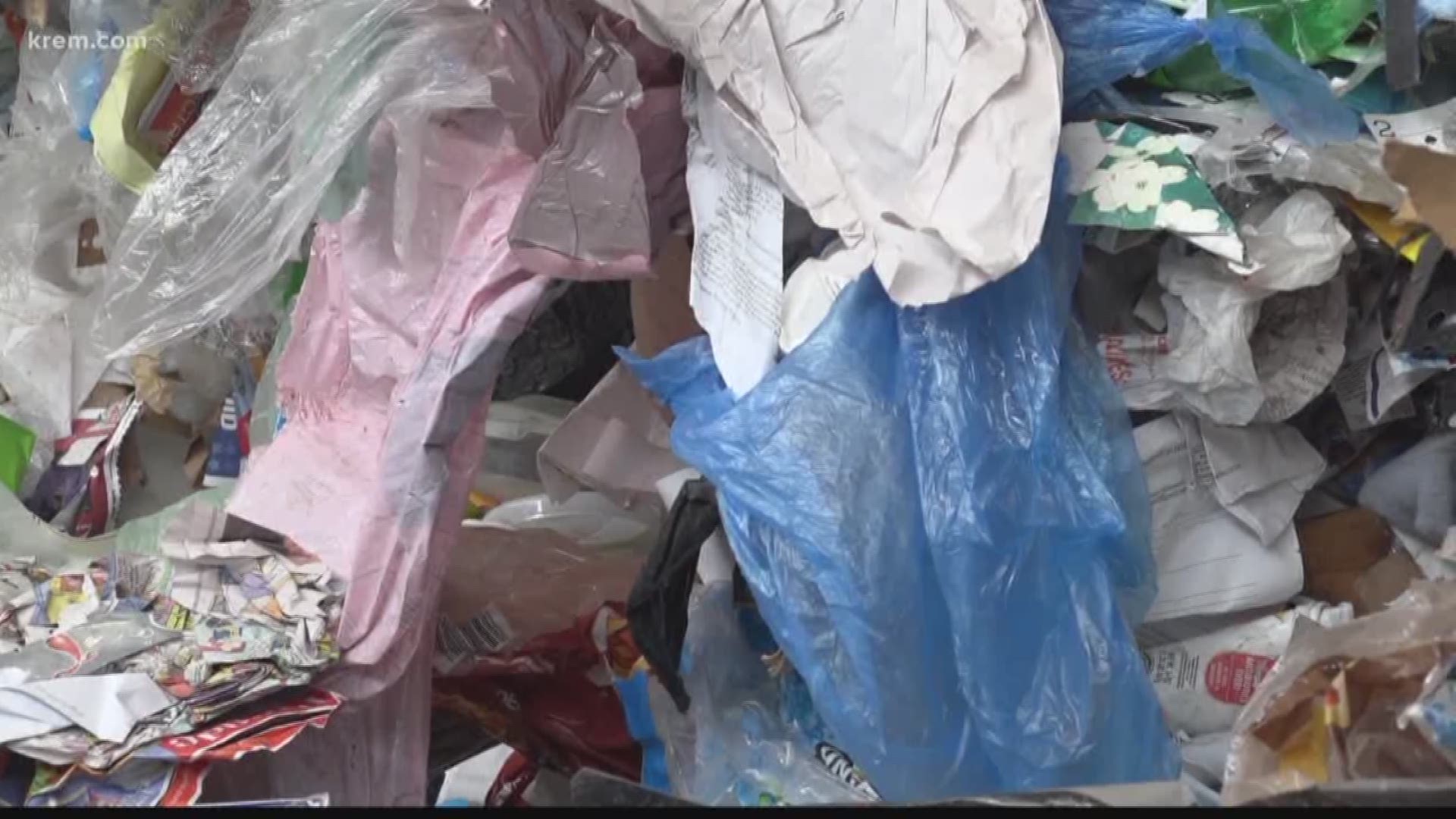 The Spokane Material and Recycling Technology (SMaRT) Center receives thousands of plastic bags on a daily basis, resulting in a significant decrease in efficiency and lasting damage to its machinery.

The center is forced to halt operations almost every two hours to flush the system of plastic bags – along with a myriad of other improperly recycled items.

Waste Management invited a KREM 2 crew into the center to witness the problem first hand.

The SMaRT center gets thousands of plastic bags everyday. Problem is, they can’t take them. The bags end up getting caught in the machinery, and force operations to shut down every two hours or so. @WasteManagement says it’s not a malicious mistake, but it is a costly one. pic.twitter.com/eZbQZ2qSW3

“Plastic bags are such an issue for a recycling facility like ours because they wrap around our sorting equipment, and they can shut us down and cause us to stop our entire sorting process just to sort out those screens,” said Steven Gimpel, recycling education and outreach coordinator for Waste Management.

The SMaRT Center employs human sorters – in addition to its machinery – to sort through contaminants in the recycling stream, but the problem is so pervasive that it becomes impossible to keep up. The belt moves 25 tons of material through an hour and an average sorter averages about 40 to 60 “picks” per minute of contaminants. This means improper items make it through and get caught within the line.

Gimpel said contamination rates are so high some days that they have to stop the process as often as every half hour to clear it out.

The mistake is often not malicious on the part of recyclers, Gimpel said. He deems them as “wishful” recyclers, wanting to be as green as possible. The problem, of course, is that this wishful recycling actually ends up worsening an individual’s impact on the environment.

“In reality, it’s causing us to have to sort it out at our sorting facility which means we become less efficient, and it could possibly contaminate a load of clean recyclables that then do have to end up in the garbage,” Gimpel said. “So the best thing you can do for the community and for the recycling system in Spokane is to follow the guidelines and make sure we recycle what this facility can tolerate.”