Spokane County Sheriff Ozzie Knezovich told KREM he now wants to hold a public forum about whether deputies should receive a controversial training. 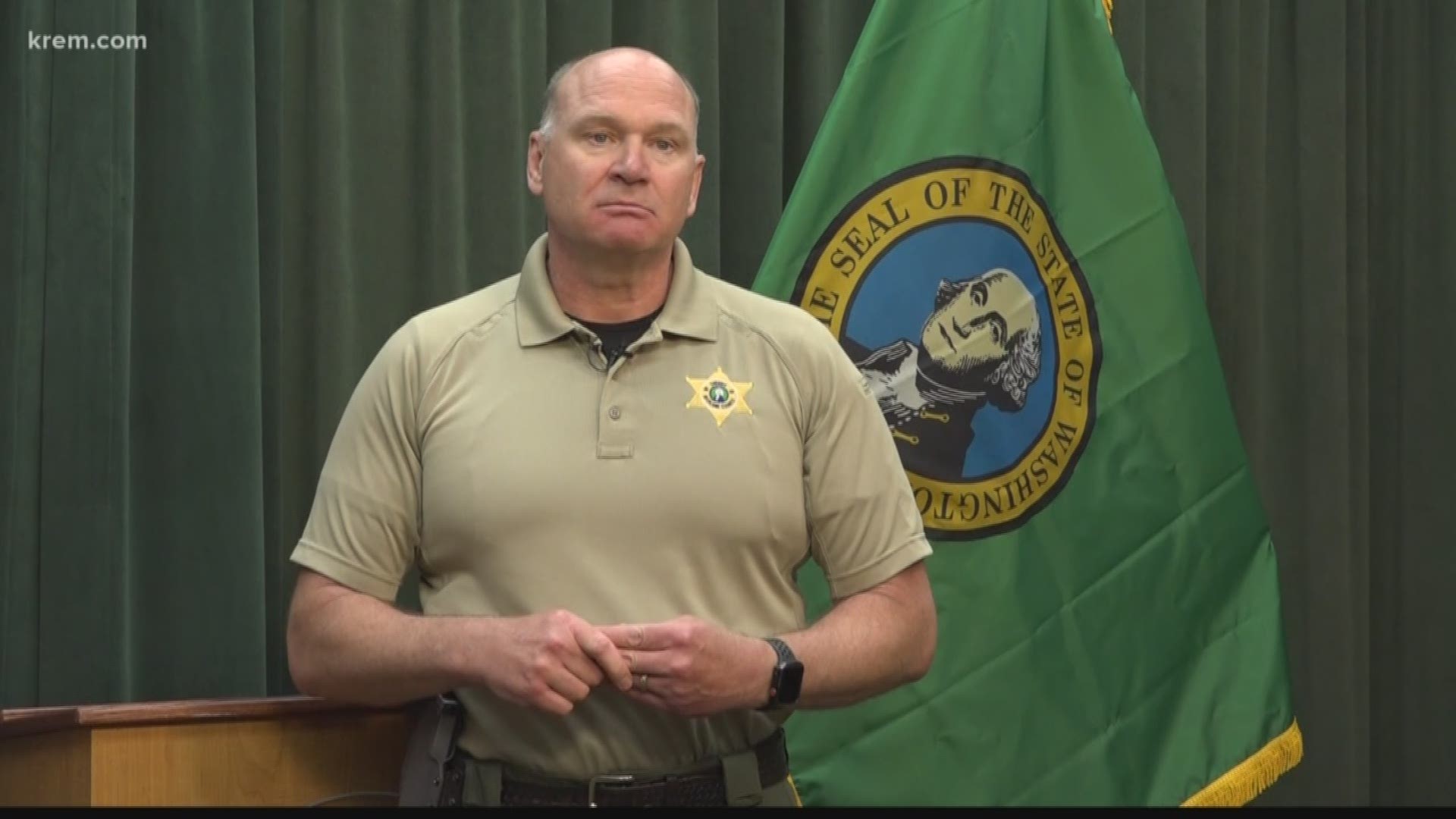 SPOKANE COUNTY, Wash. — Spokane County Sheriff Ozzie Knezovich says he will now hold a public forum with a controversial law enforcement trainer before hosting a training for his deputies.

This comes as thousands of people have signed petitions asking Spokane-area leaders to cancel the two-day  "Mindset Bootcamp" planned for late October.

Knezovich told KREM's Amanda Roley that he will attempt to have retired Lt. Col. Dave Grossman, the founder of the "Killology Research Group,"  first present his training methods to the public during a forum, after which people can give input on whether they think Spokane County Sheriff's deputies should receive the training.

"We're going to have him come present the training to the citizens and let them weigh in," Knezovich told KREM.

Grossman and Dave "JD Buck Savage" Smith are set to host a two-day seminar at the Spokane County Sheriff’s Training Center in Newman Lake on Oct. 27-28. The event promises to teach participants about "winning when you're wounded," what makes someone a "winner" and "combat war preparation for your spouse and family."

It will include elements of "The Winning Mind" and "The Bulletproof Mind" from Grossman, a retired Army ranger, former West Point professor and author who has faced criticism for his police training seminars.

Knezovich said the training is about the cost and devastation of taking a life and preparing officers for that possibility, not about teaching law enforcement to kill. He currently plans to have the training but said he is willing to cancel it if the public disagrees with Grossman's message.

Knezovich added that he wants the community to have a dialogue with Grossman so they can better understand the training.

"I have decided that, well maybe instead of having him train law enforcement, maybe I’ll have him come here and talk to the community. So the community can actually have a dialogue with this guy, understand what he’s actually teaching, and understand why he cares so deeply about America’s police officers, and how he doesn’t want to see another police suicide," Knezovich said.

A petition on Charge.org to cancel the seminar in Spokane County has already garnered more than 1,000 signatures.

Another petition on OrganizeFor has more than 1,250 signatures at last check. It argues that Grossman's training "unfairly targets the black community."

Grossman has been the subject of a handful of articles in the past several years, including a recent report from Insider titled "One of America's most popular police trainers is teaching officers how to kill."

Grossman shared a message of gratitude to law enforcement officers, who he calls “sheepdogs,” to his Facebook page on June 2.

Julie Humphreys, a spokesperson for the Spokane Police Department, told KREM that SPD is not involved in the planning of the "Mindset Bootcamp." She added that the department is not offering additional trainings right now due to budgetary constraints.

SPD officers have attended Grossman's seminars in the past, Humphreys said.

In a statement sent to KREM, City Council President Breean Beggs said the City of Spokane "has no role in either hosting or participating in the training."

"The Chief of Police said none of the City's police officers are attending in their capacity as a city employee. My personal review of the materials provided publicly by the presenters on the internet is that the philosophy is contrary to the City's stated intention of moving away from a  'Warrior' approach to a 'Guardian' approach," Beggs wrote.

Jared Webley, a spokesperson for Spokane County, wrote in a statement to KREM that county commissioners "have not engaged with the sheriff's office regarding the programs he chooses to utilize for the training of deputies."

"The decision to alter the Sheriff Department’s training programs is a one that the Board leaves in the hands of Sheriff Knezovich," the statement reads.

RELATED: Spokane police will now only use knee on neck as 'exceptional technique'