Wednesday, May 5 is formally known as the National Day of Awareness for Missing and Murdered Indigenous Women and girls. 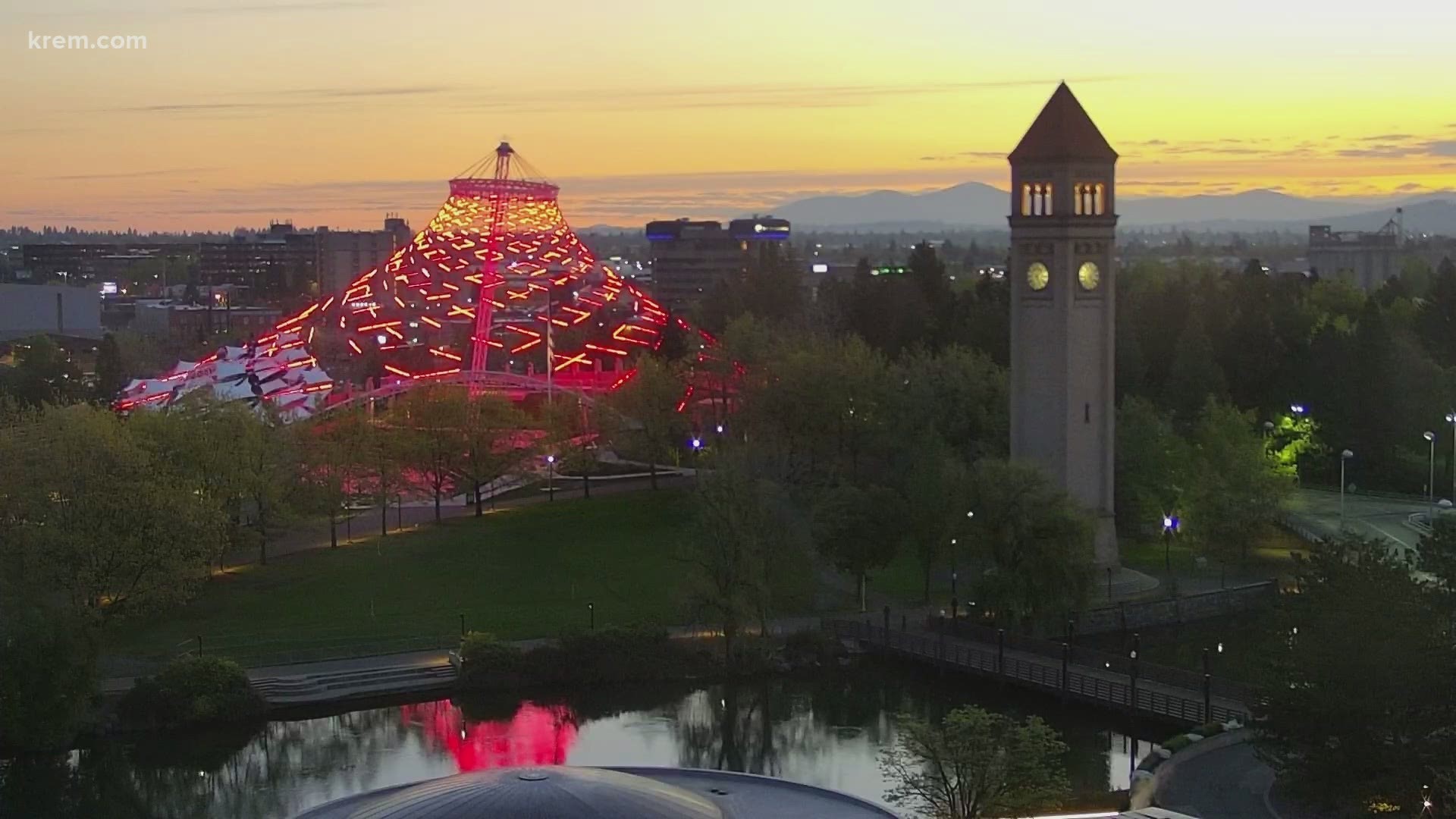 SPOKANE, Wash — The pavilion in Riverfront Park will be lit up red Wednesday to honor, remember and bring awareness to missing and murdered indigenous people.

Wednesday, May 5 is formally known as the National Day of Awareness for Missing and Murdered Indigenous Women and Girls.

Washington State Women’s Commission will also host a panel entitled ‘No More Stolen Sisters’ to discuss the newly established Missing and Murdered Indigenous Women and Girls Task Force though the state Attorney General’s Office. It will be held on Zoom at 4 p.m. Wednesday, May 5. The event is free and open for the public to attend.

A report from the Urban Indian Health Institute, a federally funded nonprofit, found 5,712 cases of missing or murdered indigenous women and girls in the US in 2016, and ranked Washington second among states by number of cases overall.

The co-author of the report, Abigail Echo-Hawk, said in a phone interview that the figures were almost certainly an underestimate of the actual total, and that the group had found cases that were improperly classified by police.

According to Washington State Patrol’s list of roughly 110 missing Indigenous people, almost half are from Eastern Washington as of April 2021.

Often going unsolved, cases of missing and murdered indigenous women can have numerous complicating factors compared to crimes committed outside of US tribal reservations.

The largest obstacle is jurisdiction, with the authority of tribal police overlapping with the Bureau of Indian Affairs and the Department of Justice, both of which investigate major crimes on reservations.

Tribal authorities have limited ability to prosecute non-tribal members, while larger agencies or off-reservation local police are sometimes perceived as not taking the cases seriously.

Socio-economic factors can also play a role, with cases in rural, economically-disadvantaged reservations not drawing the same attention from media and being associated with stereotypes about Native American women.