In Afghanistan, Nick Montez and his dog Mally were tasked with sniffing out danger in order to protect his fellow marines. 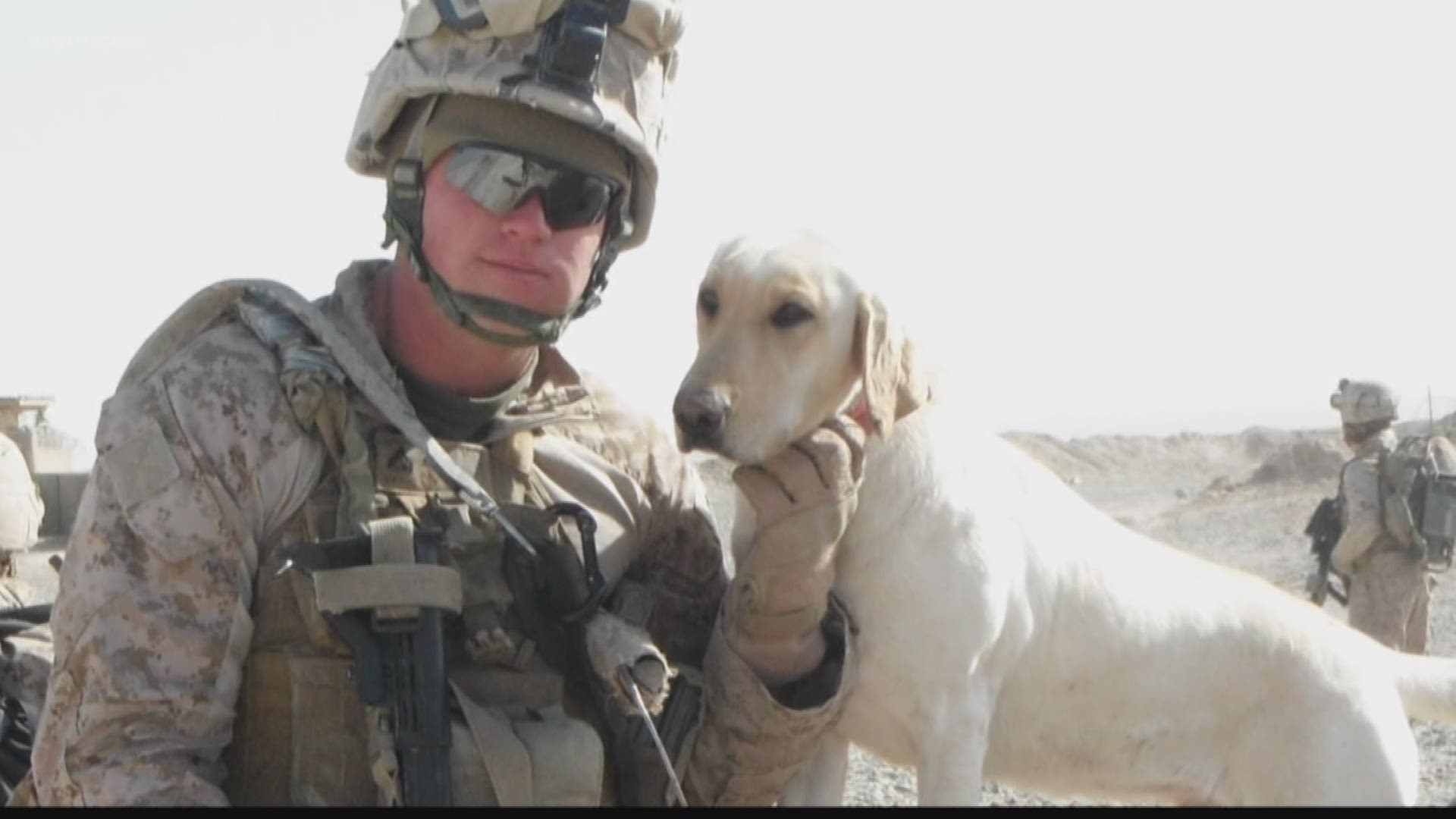 LEWISTON, Idaho -- For over five years, a Lewiston marine has attempted to adopt the bomb-sniffing dog he served with overseas.

In Afghanistan, Nick Montez and his dog Mally were tasked with sniffing out danger in order to protect his fellow marines. Now, Mally will be joining Montez for some well-earned rest and relaxation.

Montez of Lewiston used to be a cat person but that all changed when he joined the Marine Corps and was paired up with Mally.

"Being with her constantly every day. Caring for her. I'd give her IV's before we'd go out on patrol if it was a hot day, just to make sure she was hydrated," he said.

Mally was trained as a bomb-sniffing dog. It was her and Montez's job to find explosives. As Mally looked out for Montez and his fellow Marines, he looked out for her.

"I'd care for her, clip her toenails, massage her pads, clean her ears every week. Work with her, train with her," he explained.

The two were a team. Montez said he was with Mally for a little over a year. After being discharged in 2012, Montez tried to make her part of his family.

"When I put in for her adoption, I was basically told it was definitely going to be a while," he said.

Mally, and her trained nose, were still in service. For more than five long years, Montez would check in with the armed forces asking when Mally could come home. Eventually, Montez said he stopped hearing back. This changed when a friend of his contacted Senator Mike Crapo's office regarding his situation. Not long after, he got a call saying Mally could be his.

"It was a huge sense of relief, because I've been trying so hard for so long. I felt like a weight had been lifted off my shoulders," Montez said.

Mally was still serving with the Air Force at a base in Texas. Her retirement has finally come. On Monday, Montez will fly to Texas to pick up his former partner.

"That sense of purpose kind of made my bond with her stronger, if that makes any sense," he said.

A non-profit in Texas that focuses on service dogs is helping pay for Montez's flights. He has personally received donations, and he is giving those to that group and an animal shelter in Lewiston.