According to data from the US Geological Survey, the Palouse river near Potlatch rose roughly three feet over the course of Tuesday and continued to rise into early Wednesday morning. 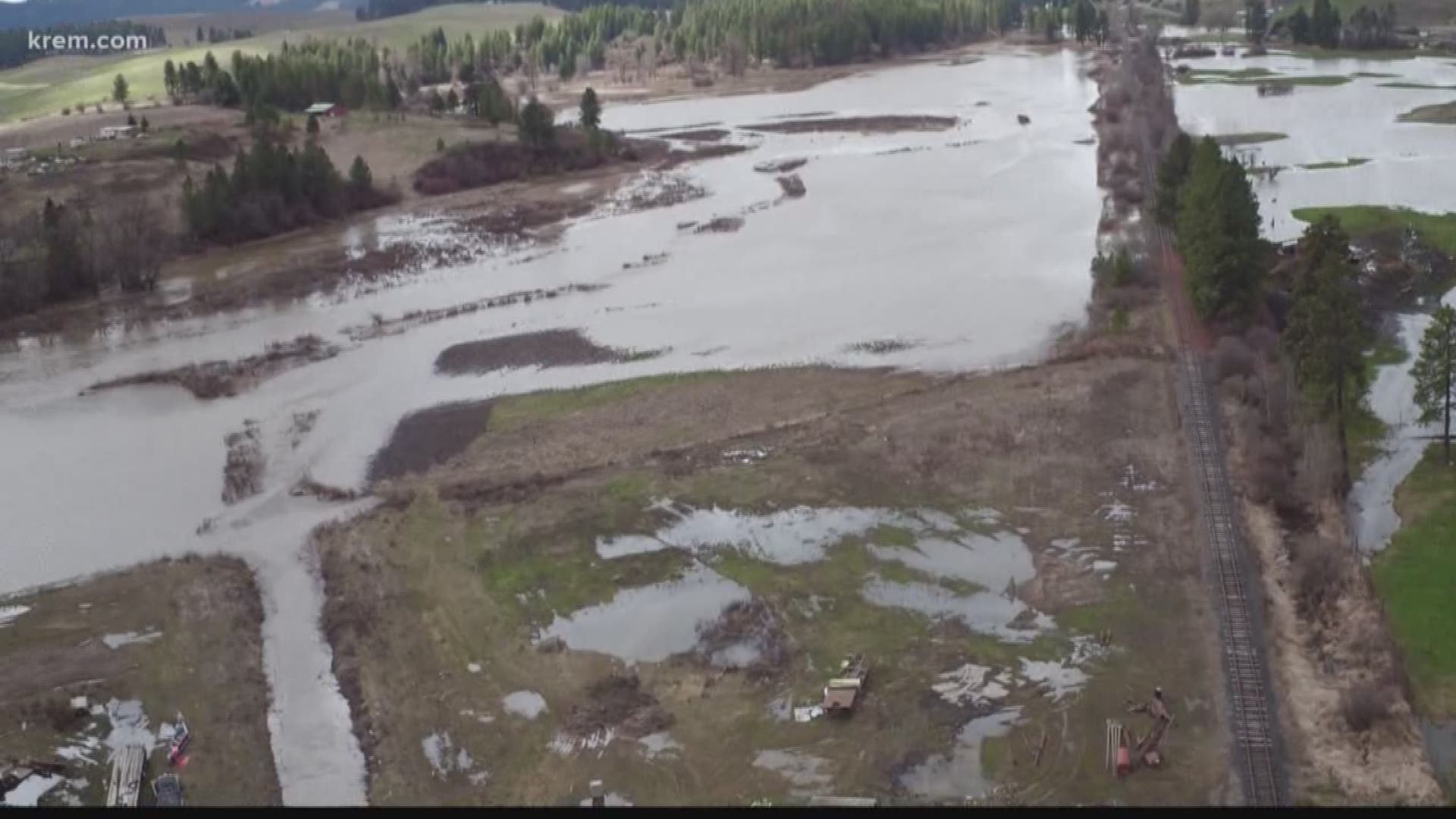 POTLATCH, Idaho — Like much of the Palouse, high water flooded roads around the city of Potlatch in Latah County on Tuesday night.

As of Wednesday afternoon, some roads were still closed due to floodwater.

According to data from the US Geological Survey, the Palouse river near Potlatch rose roughly three feet over the course of Tuesday and continued to rise into early Wednesday morning. At the height of the flood, the river was about two and a half feet above "action stage."

Notably, Flannigan Creek Road was closed near the river due to high water over the road.

"I don't like it. A lot of people have things out here it's going to hurt," said Gerry Peterson, a longtime Potlatch resident. Peterson noted that while the river is prone to flooding, the experience was still a hassle. "We had a lot of rain yesterday in a short period of time," he said.

"It's pretty normal for me, owning a pickup and stuff," said Damen Bunney after driving his pickup over high water on Flannigan Creek Road. "It kind of sucks for everyone who's getting their houses flooded, though."

Staff with the North Latah County Highway District said that no homeowners were trapped due to road closures, but long detours were in place. South River road was also flooded at the Wellesley Bridge, staff said.

Crews were waiting for Flannigan Creek Road to recede before assessing the damage there, the highway district said. In the meantime, crews were applying gravel to flooded sections of the Mountain Home area.

"As a farmer, I was going 'This is not good for my fields,'" said Peterson, noting the impact of heavy rains on nearby farmland.

Peterson, who grows wheat and lentils said he hasn't seeded yet, but knows of some growers who have.

"There is an economic impact with this," he said.