Dubbed "Park My Ride," the app prototype uses a camera to identify open parking spaces and then transmits that information in real time to users. 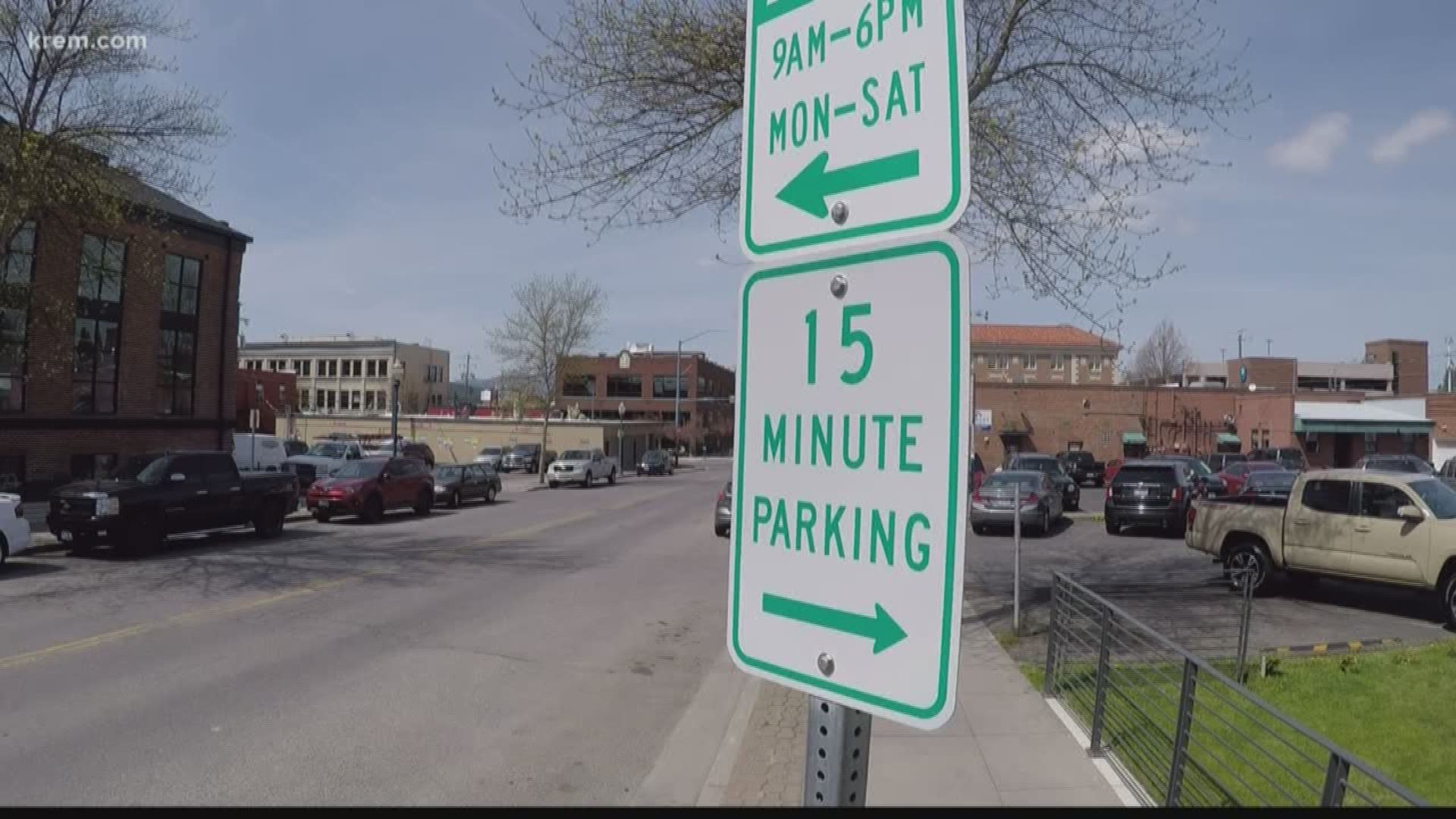 COEUR D'ALENE, Idaho — A pair of University Idaho students have laid the foundation for a Coeur d'Alene parking app that they hope will one day take off.

Dubbed "Park My Ride," the app prototype uses a camera to identify open parking spaces and then transmit that information in real time to users. The app is designed to help drivers find parking spaces more efficiently.

"Someone could open this mobile app and see all of the available spaces within that parking lot," said UI senior Alex Parenti, who developed the app alongside fellow senior Amanda Ward. Both students are studying at UI's Coeur d'Alene extension and make up the second-ever class of graduating computer science students there.

The app is the result of a capstone project assignment given to both Parenti and Ward. The duo were tasked with finding a way to address parking challenges in downtown Coeur d'Alene.

"People are looking for parking all the time," said Parenti of Coeur d'Alene, noting that studies previously identified a lack of parking spaces in downtown Coeur d'Alene.

"We're constantly driving around residential [areas], trying to find a spot to park," said Ward, a Coeur d'Alene native. "Or if we are in two hour parking, we'll move our car just a little to avoid tickets."

The "Park My Ride" prototype utilizes a camera mounted to the roof of the former Elk's club located on Lakeside Avenue. The camera faces an adjacent parking lot, which serves as a test area for the app, and takes periodic photos of parking spaces.

The images are analyzed by an algorithm developed by Ward and Parenti and then sent to the "Park My Ride" app which shows available parking spaces in the lot in real time.

"I remember the first time that I had the server take a photo, real time, and send that to my phone. I saw accurate parking. That was a cool feeling," Parenti said.

Ward said that the app was designed to have room for advertisement space that could, in theory, be purchased by businesses located next to parking spots.

For now, it's not clear what the next steps for "Park My Ride" could be. Both Parenti and Ward hope that the app could one day be used across downtown Coeur d'Alene via multiple small cameras.

Parenti, noting that the app is a prototype, said that subsequent groups of UI Coeur d'Alene students could make continuous improvements to "Park My Ride" as well.

"It's just rewarding to be able to share that with the public and have it be complete," Ward said.

"As with any project, it was finally cool to see it come together," Parenti added.