The photo shows three fifth graders working together to take down their flag at school. Struggling to keep the flag off the ground, one of the boys laid on the ground to protect it. 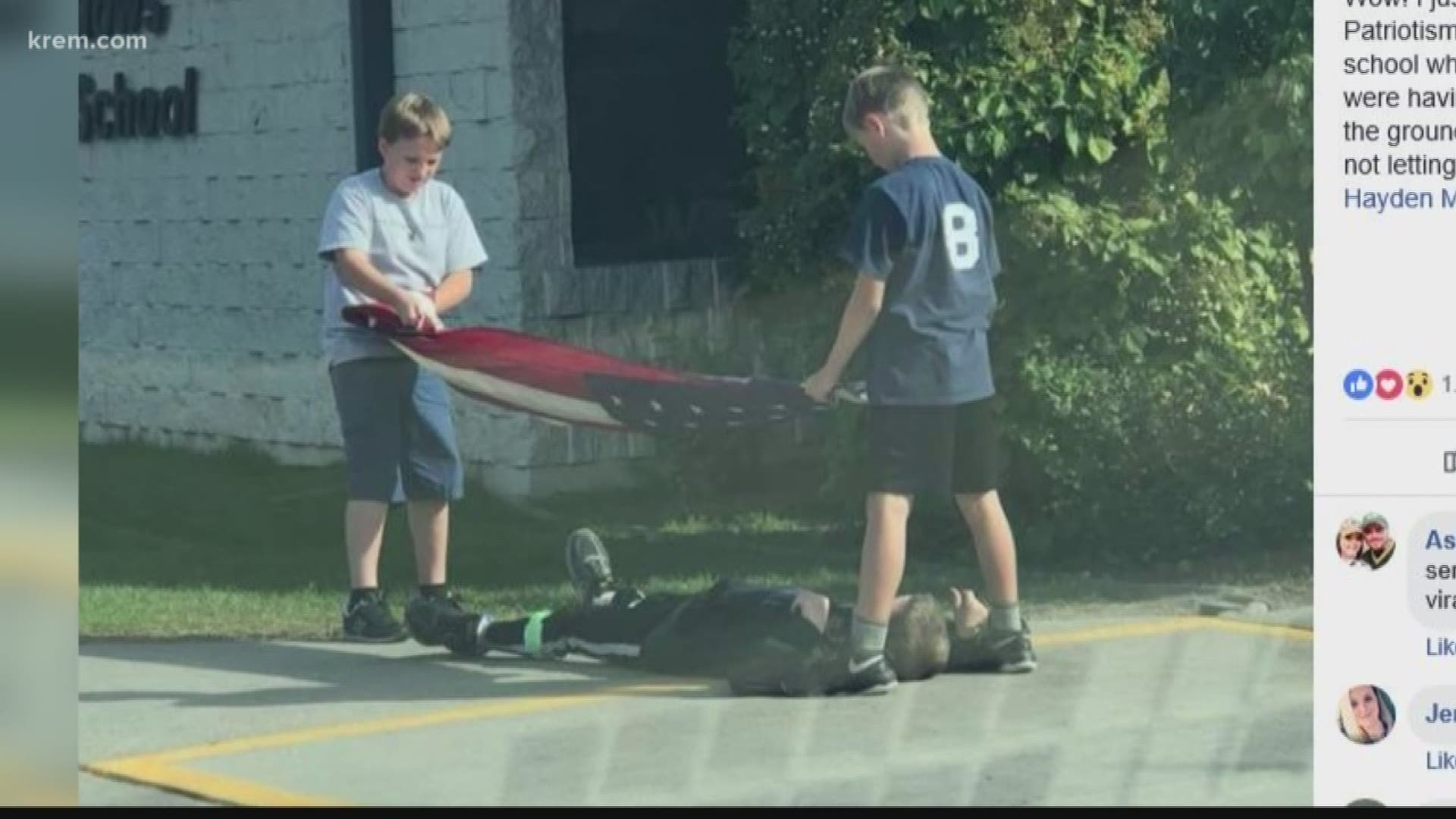 HAYDEN, Id. — A photo of three boys in Hayden taking down the U.S. flag garnered more than 2,000 shares on Facebook in just one day.

The photo was taken Wednesday afternoon at Hayden Meadows Elementary by Amanda Reallan, a mom who was there to pick up her kids. While waiting in the parking lot, she said she saw something that overwhelmed her and snapped a photo that would soon go viral.

In the picture were three fifth graders taking down a flag. Struggling to keep the flag off the ground, one of the boys laid on the ground to protect it.

“We’ve had a bunch of close calls,” said Jack LeBreck, the boy who took to the pavement. “But I thought it would happen because it was kind of a windy day. So I just thought of laying down… and seeing what would happen.”

The three boys, who have all been involved in Cub Scouts, were inspired by the leadership of one special staff member.

“It was all because of our custodian, Mr. Mac,” LeBreck said.

Mac McCarty is a veteran with 20 years of service. He helped select the kids who put up and take down the flag.

“What they did yesterday was obviously all them… laying on the ground and all that,” McCarty said. “And I’m very proud.”

The kids, chosen by McCarty, have all taken the responsibility seriously -- and with pride.

“It’s really a great privilege,” said Casey Dolan, another of the three boys in that photo. “I feel really lucky I was chosen for it.”

They said they were amazed by the outpouring of support they got for their creative display of patriotism.

“It felt like… I was gonna be like ‘hey mom, I should be an actor some day,’” joked Nalan Tuttle, whose own father is in the military.