The guard at Athol Elementary School has helped parents feel safer about leaving their kids at school, according to an assistant superintendent. 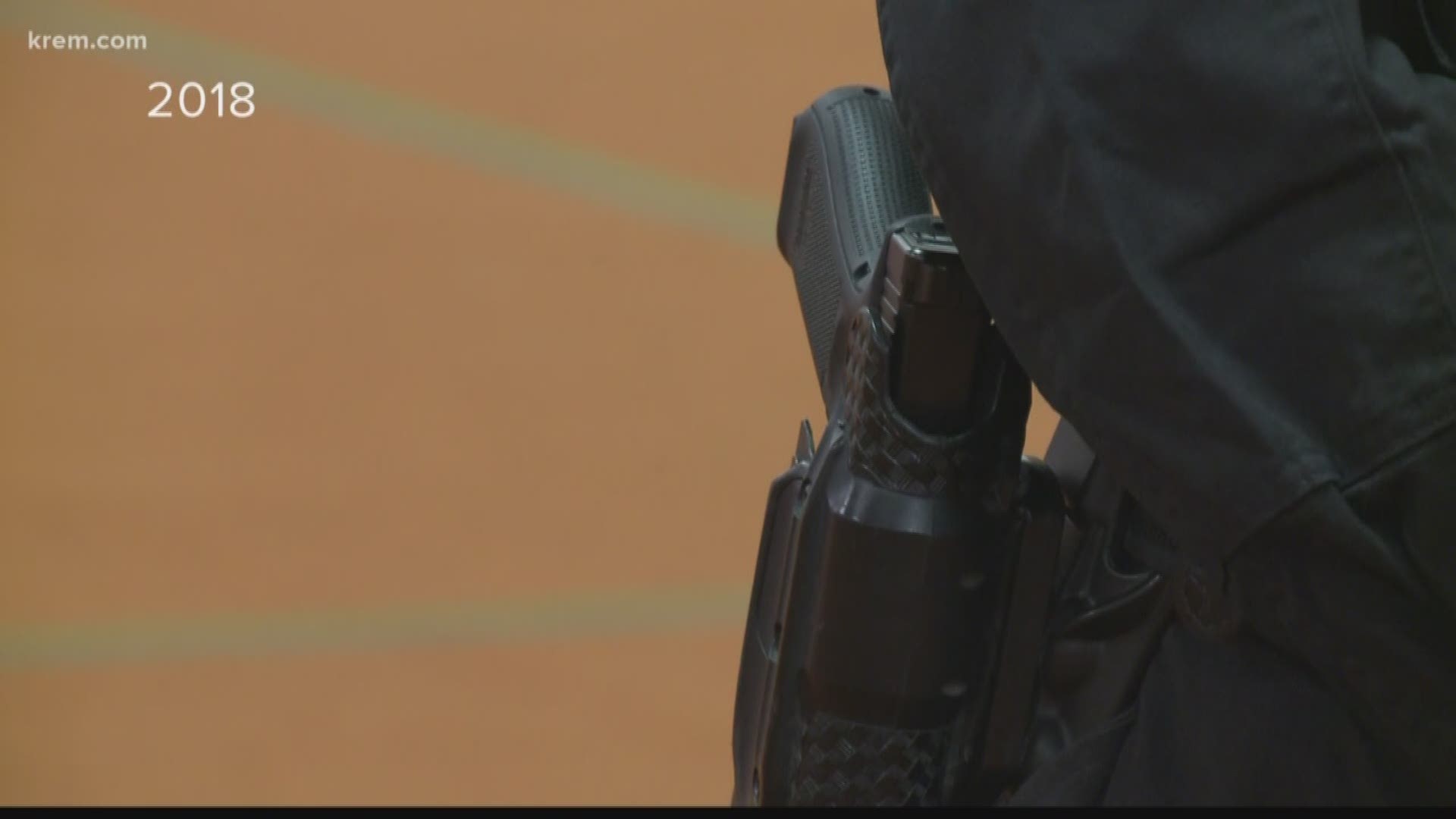 ATHOL, Idaho — Editor's Note: The above video is a report on Athol Elementary School adding an armed guard from Nov. 2018.

The Lakeland School District is looking to add more armed guards to their schools after the seeing success during their first year with a guard at Athol Elementary School.

“Parents have told us they just feel better about leaving their kids at school. It makes them feel better, which I guess is our primary goal,” Sexton said.

The guard was added in November 2018 and made Athol Elementary the first school in Idaho to have an armed guard.

Sexton also said they haven’t heard a single negative comment about the armed guard and that Athol Elementary was chosen as the first location to get one due to it being the most remote school in the district, leading to long emergency response times.

“After Sandy Hook, there was definitely kind of an increased awareness for parents that no school is safe in their minds. It was the first time that an elementary school had been a target and I think it rattled them a little bit,” Sexton said. “Then in February after Parkland happened, there was a huge outcry from our patrons basically telling us ‘enough is enough’ and ‘we want more.’”

The district took feedback during town hall meetings, Sexton said, and while the community originally wanted armed teachers, the district decided to go with armed guards due to concerns over the safety of having untrained teachers with firearms.

Luckily, the armed guard at Athol Elementary has only had to use his training to deescalate situations with angry parents, Sexton said. These situations can occur when parents become frustrated with decisions made by the school.

“He’s participated in kind of working with the staff when parents get escalated because they’re upset. Sometimes as a school agency we have to make a report to Child Protective Services and parents get angry,” Sexton said. “He has really strong de-escalation skills and he’s able to talk to parents and kind of bring their level of emotion down so there can be a conversation.”

She said that the guard has had to de-escalate situation “maybe a couple times.”

Currently, the guard mostly spends time building relationships with the kids during times such as recess to make them feel safer at school.

These security positions cost the school about $70,000 each after salary, equipment, training and benefits, Sexton estimated.

The district hopes to add a total of two more in the next two years. The first guard will go to Lakeland High School this fall, while the third one would serve both rural schools in the district starting in fall 2020.

The board has funded these positions through bonds and hopes to get funding help from the state legislature so they can have a guard in each school without ever having to risk a teaching position in exchange for a guard, Sexton said. A guard positions costs the district about as much as a teaching position.

RELATED: 'I was put in that room ... for a reason': Oregon school security guard shares details about encounter with gunman

RELATED: Athol Elementary first in Idaho to get armed guard