Notably, the agency earlier this year decided to reduce the amount of moose tags available to hunters. 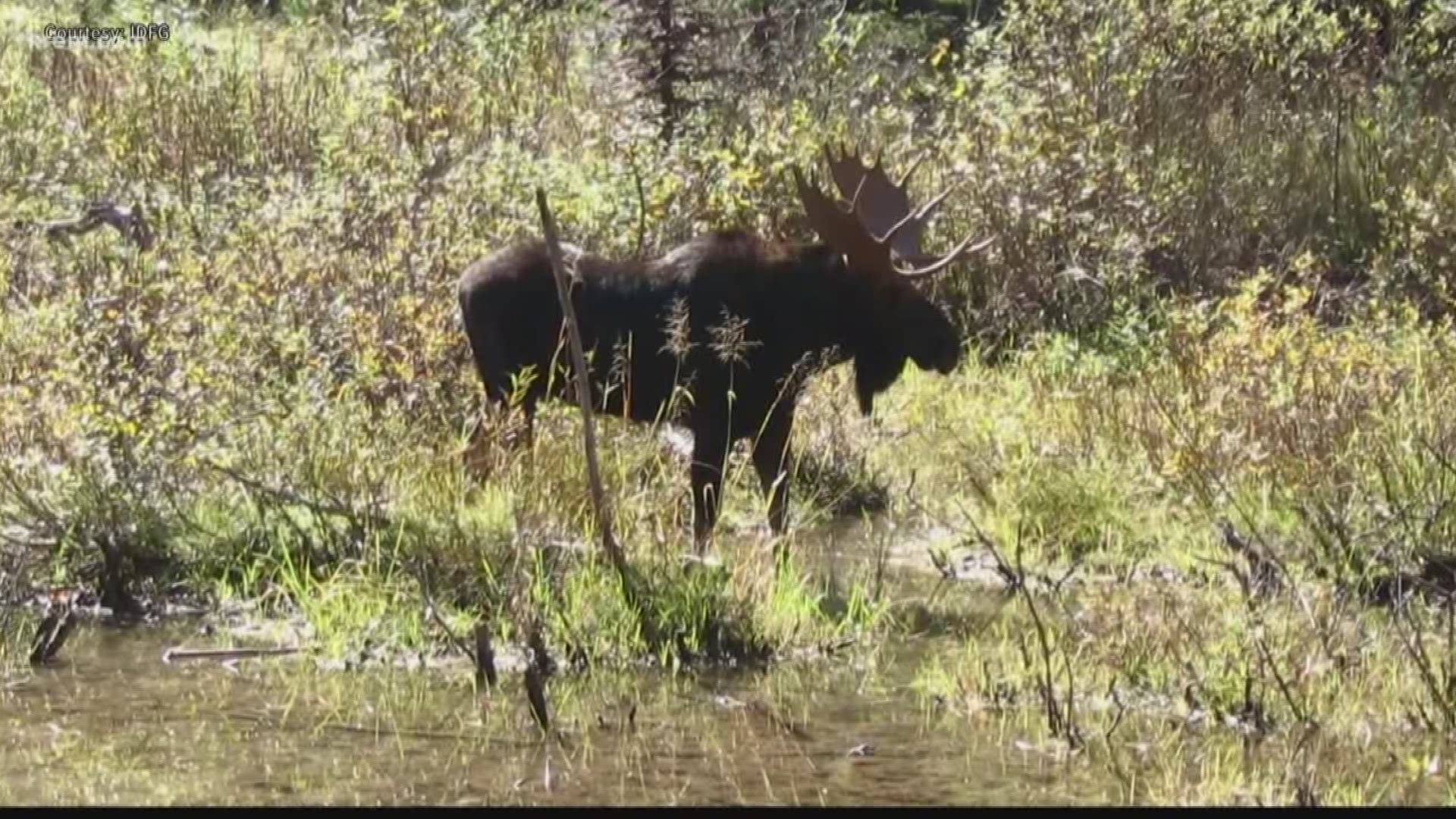 COEUR D'ALENE, Idaho — Faced with declining moose populations in the Gem State, leaders with the Idaho Department of Fish and Game say they’re taking various steps to ensure that the animals start to rebound.

Notably, the agency earlier this year decided to reduce the amount of moose tags available to hunters.

The issue, which isn’t unique to Idaho, has become especially noticeable since 2010, according to IDFG spokeswoman Kiira Siitari in Coeur d’Alene.

"Across the state, we've been seeing [moose] numbers go down," she said. The findings are based primarily on reports from hunters who left their tags unfulfilled after failing to locate moose during the hunting season.

Siitari noted that due to the nature of the animals, IDFG biologists weren’t able to determine rough estimates of how many moose actually reside in North Idaho.

"Moose are really hard to study,” Siitari said. “They don't herd up in big groups like we deer or elk, so they're more solitary. They're harder to track."

Given that, biologists aren’t entirely sure what’s to blame behind the animal’s decline in Idaho. Siitari said that one of the primary theories among biologists included climate change. Shorter winters and longer summers tend to be more difficult for moose that rely on deep snow to evade predators, Siitari said.

As a result, the state’s Fish and Game commission voted in January to offer 171 fewer moose tags for the upcoming 2019 hunting season. Across Idaho, available tags for antlered moose dropped from 669 in the 2017-2018 season to 560 later this year. For antlerless moose, the tag amounts dropped from 136 to 74.

Hunting moose represents a “once in a lifetime” opportunity for most hunters, said Siitari, noting that individual hunters may only harvest a moose once. "People wait 20 years to get their moose tags,” Siitari said.

The reduction in available tags notes a change from the early 2000’s when IDFG increased the amount of available moose tags after increasing reports of moose sightings and collisions in populated areas, according to Siitari.

Siitari added that other studies and surveys were planned by the agency to better understand the animal’s numbers in the Idaho Panhandle. "These are just iconic species,” she said. “People love to photograph them. People love to hunt them."