After renovations, the house will serve as the Museum of North Idaho. 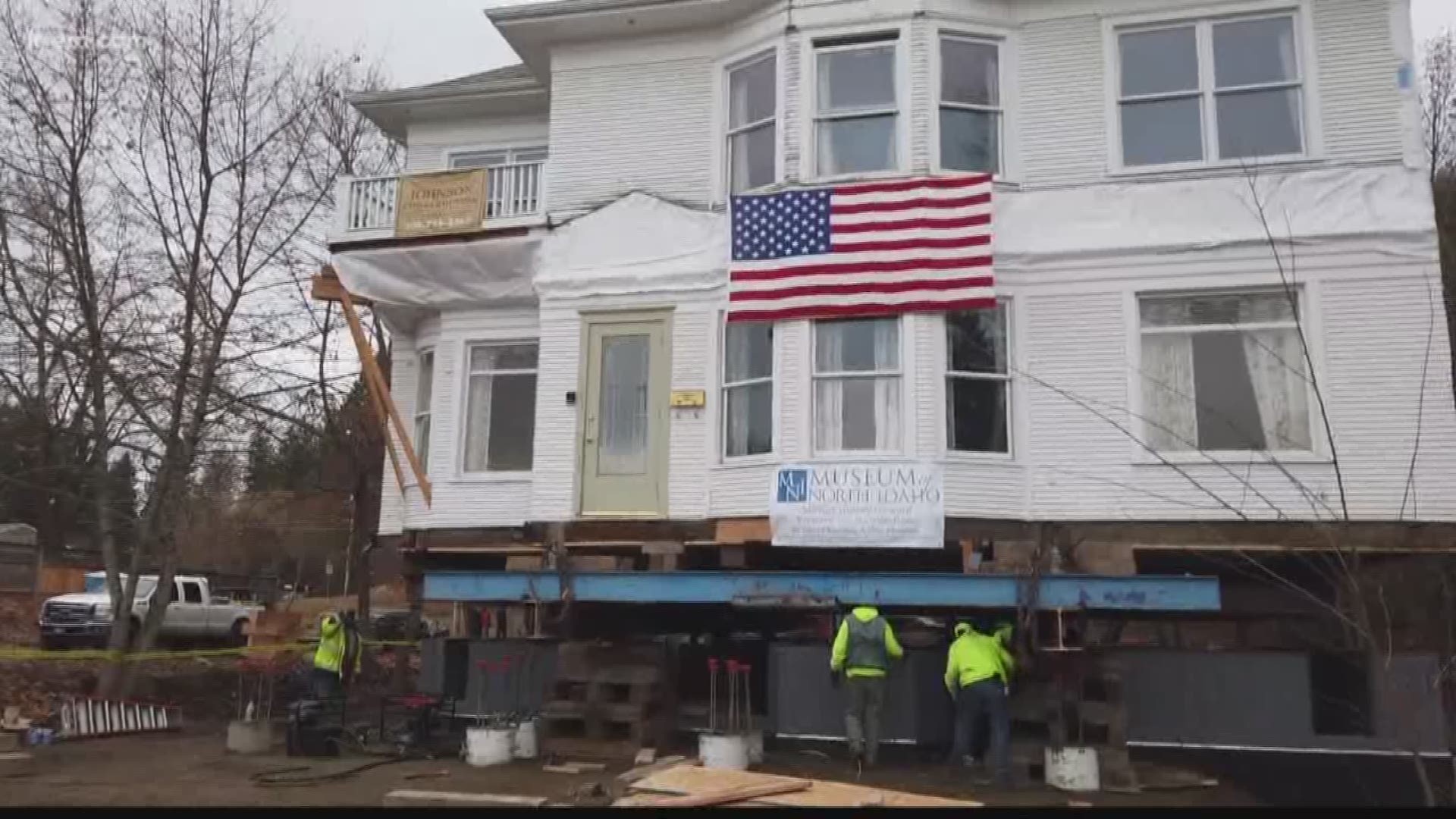 COEUR D'ALENE, Idaho — The J.C. White House, an historic building in Coeur d'Alene, Idaho, was moved across the city to its final home on Tubbs Hill on Saturday. After some renovations, the location will serve as the new home of the Museum of North Idaho.

The house traveled down 8th Street on the back of a truck on Saturday morning. Fire hydrants, street lights and power lines along the route were moved for the occasion, according to the Development Director of the Museum Jocelyn Whitfield-Babcock.

The house was built in 1903 by J.C. White. Over a century later, the new owners of the house's lot wanted to build on the space but didn't want to tear down the historic home, according to the Museum's Board President Michael Dixon. The owners offered the house to the museum in early summer.

The project was mostly funded by community donations but funds are still needed to complete renovations before the Museum can fully move in, Whitfield-Babcock said.

According to architectural renderings of the completed museum, there will be an estimated 20,000-square-feet of space for exhibits, a theater, a library, meeting rooms, offices and on-site storage, Whitfield-Babcock said.

However, plans for the museum's final look are still in the works, Dixon said.

"We had a very short period of time to move the White house, so all of our efforts have been focused on raising the money ...and doing everything it takes to get the White house over here," Dixon said. "So now we have to step back and design both the building and the story that we want to tell in it."

Dixon says they hope the new museum will be ready in 2023.

RELATED: Spokane military museum without home for artifacts since 2018 after rent increase