The pub is a drop box location for a feminine product fundraiser being held by the Satanic Temple Idaho. 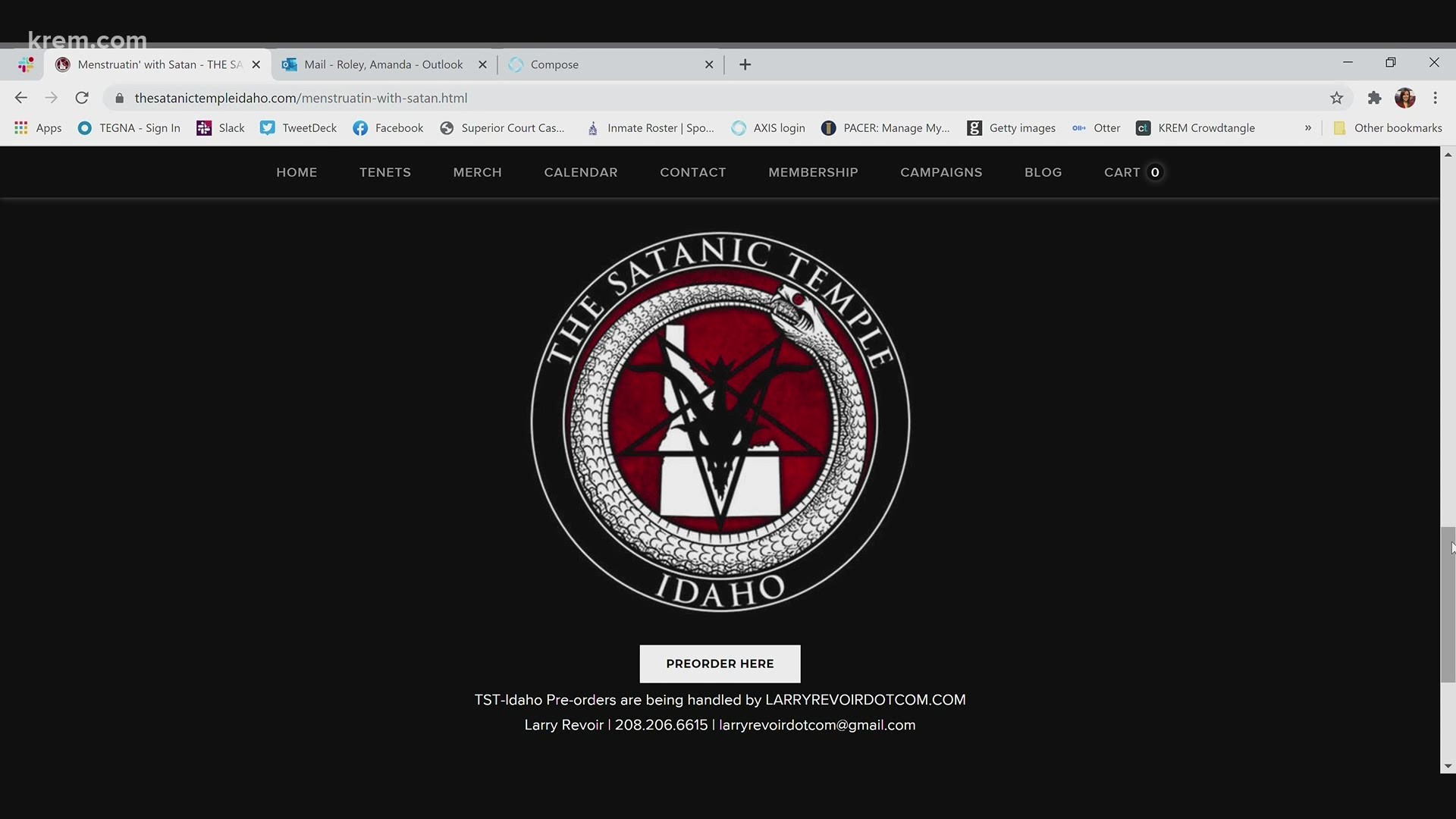 The Satanic Temple of Idaho is holding a donation drive through the end of the month.

According to the group's website, the campaign will make menstruation products available to those in need, especially people who may not be able to afford them without assistance.

The site also lists drop box locations in Boise, Idaho Falls and downtown Coeur d'Alene at The Crown and Thistle.

Crown and Thistle said it has received backlash for associating with the group by allowing the collection bin. The restaurant's co-owner, Ben Drake, said in part that the pub is a "safe, neutral place for beer and food and the betterment of the community."

"A local group asked if we would be willing to put a bin out for the collection of necessary feminine products for women in need, in shelters and abusive situations. For such a worthy cause, of course we said yes," Drake's statement reads in part. "We would do the same for any worthy cause presented by our area. Because we are built by this community and we exist for this community."