Over the last few years, parking around downtown Coeur d'Alene has witnessed some notable changes. Parking in a number of lots will no longer be free. 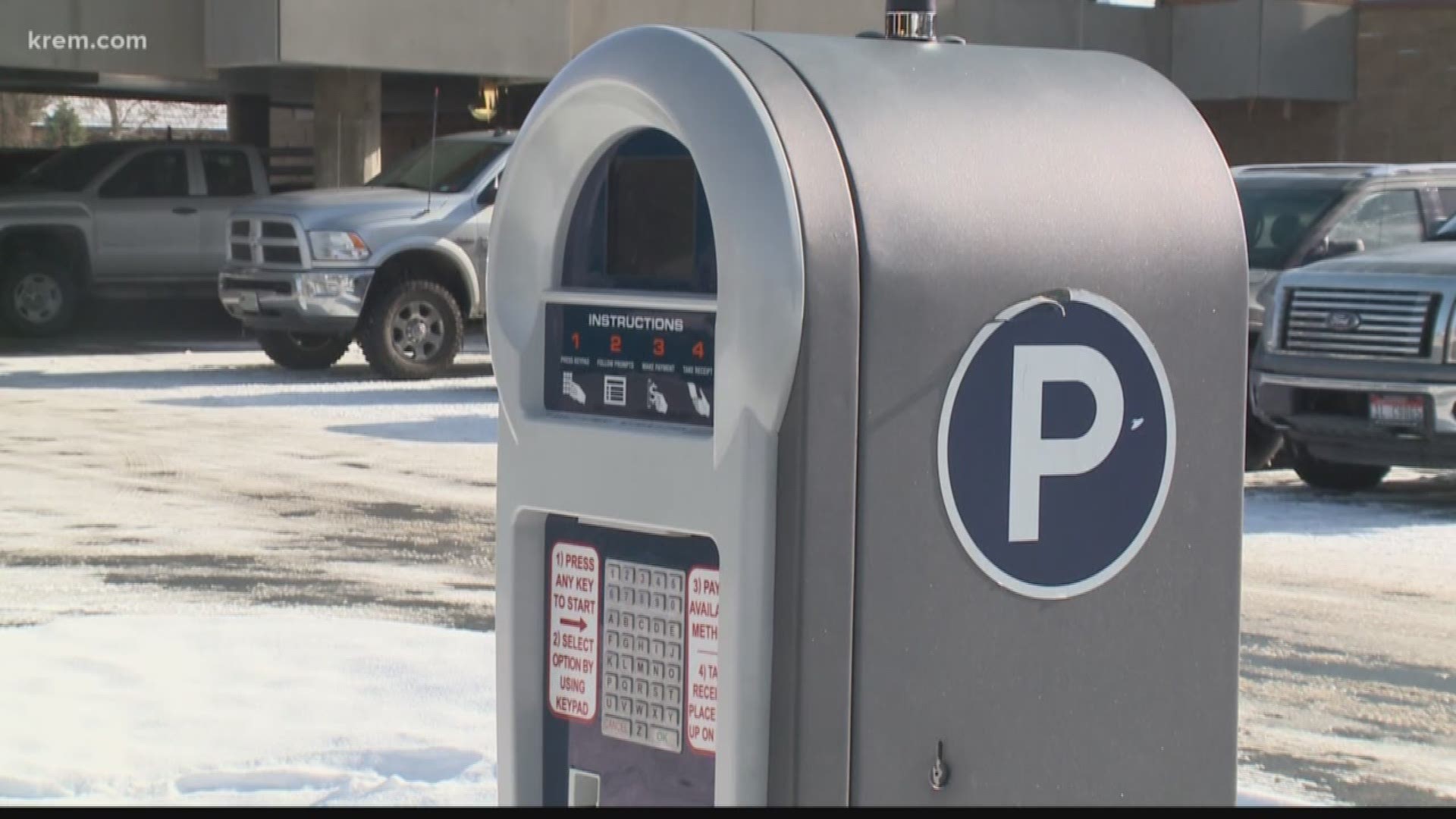 COEUR D'ALENE, Idaho — Starting May 1, the city of Coeur d'Alene will no longer have free two hour parking at McEuen Park.

Over the last few years, parking around downtown Coeur d'Alene has witnessed some notable changes, including a new downtown parking garage and increased rates at some city-owned lots.

Parking at Independence Point on 105 Northwest Blvd. will now cost $3 per hour.

The city will also be implementing a "Pay by Plate" system also starting May 1 on:

The city of Coeur d'Alene appears to be making progress in its efforts to crack down its backlog of unpaid parking tickets.

Two years ago, the city passed a "scofflaw" ordinance aimed at adding teeth behind city laws relating to parking violations, along with refining the city's collections process. At the time, the city had 30,000 unpaid tickets on file, amounting to $350,000 in uncollected fines.

Just over two years later, the amount of unpaid parking tickets in Coeur d'Alene has been reduced to 12,403 according to data provided by the city. That amounts to $262,630 in outstanding fines.

Still, the city has collected a noticeable amount of revenue since it started doing collections. For the 2015-2016 fiscal year, before the scofflaw ordinance was passed and the city ramped up collection efforts, a mere $36,912 was collected from parking tickets.

The city's scofflaw ordinance also created processes for the city to place immobilization devices, such as a parking boot, on vehicles belonging to repeat offenders. However, the city to date hasn't implemented the ordinance and has no record of having to place a boot on a car according to city clerk Renata McLeod.