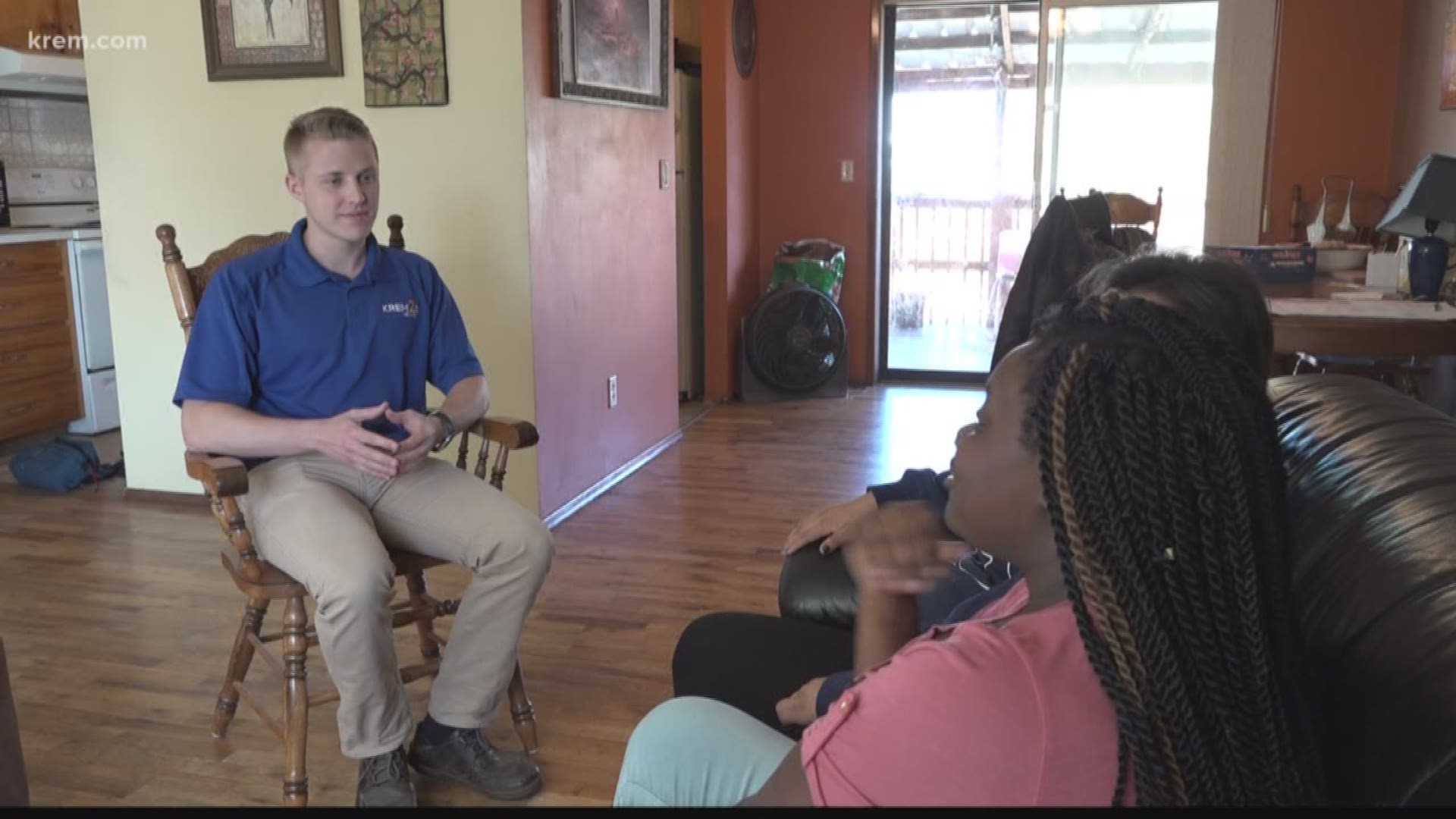 SPOKANE, Wash. — There is a local organization in Spokane working to help young people trapped in sex trafficking find freedom.

It is called the Jonah Project and it is entirely volunteer. The Jonah Project coordinates with local agencies and uses social media to try to get young people out of dangerous situations.

The International Labour Organization estimates nearly 30 million people are trafficked across the globe. The estimated 150-billion dollar industry is happening locally in the Inland Northwest.

“I started out probably when I was about 13, like running away, and prostitution, stuff like that,” Ahmyia McDaniel said. “I didn't grow up in like the most resourceful type of environment where they could help me with a lot of things. Like with school supplies, nine times out of ten I probably prostituted for it. Like clothes and stuff, I probably did that for it.”

“I'm just adjusting to this. To where I'm in a place where people actually care about me. And they remember things about me,” Tiana Cloud said. “I had my first birthday with the Jonah project. And it was awesome. Like they had presents for me. And like I never really got that.”

Though they come from different backgrounds and different parts of the country, they are both thankful to be inside the safe house.

“Like I came home and there was this like little lights that said 'happy birthday.' There were presents right there. And there was cake. It was awesome. I started crying,” she said.

Moments like that are something the founder of the Jonah Project, Aaron Tilbury, looks to offer.

“We use the word victim a lot. But those two young ladies in there, they're no longer victims. They're survivors,” Tilbury said.

While the Jonah Project aims to end sex slavery in Spokane and the surrounding areas, the problem is still prevalent around the nation.

But the Jonah Project has two success stories in Cloud and McDaniel.

“I always thought I couldn't get away. But I got away. And I'm here now,” Cloud said.

“I promise, I understand when they say they don't trust people, because I'm the same exact way. But, this is a good program to come to. They don't force you to do anything. It's kind of your own thing,” McDaniel said.

“We're going to walk through life with them however long it takes, whatever it takes. But it's their life,” Tilbury said.