Post Falls was ranked among the top eight fastest growing cities in the state. 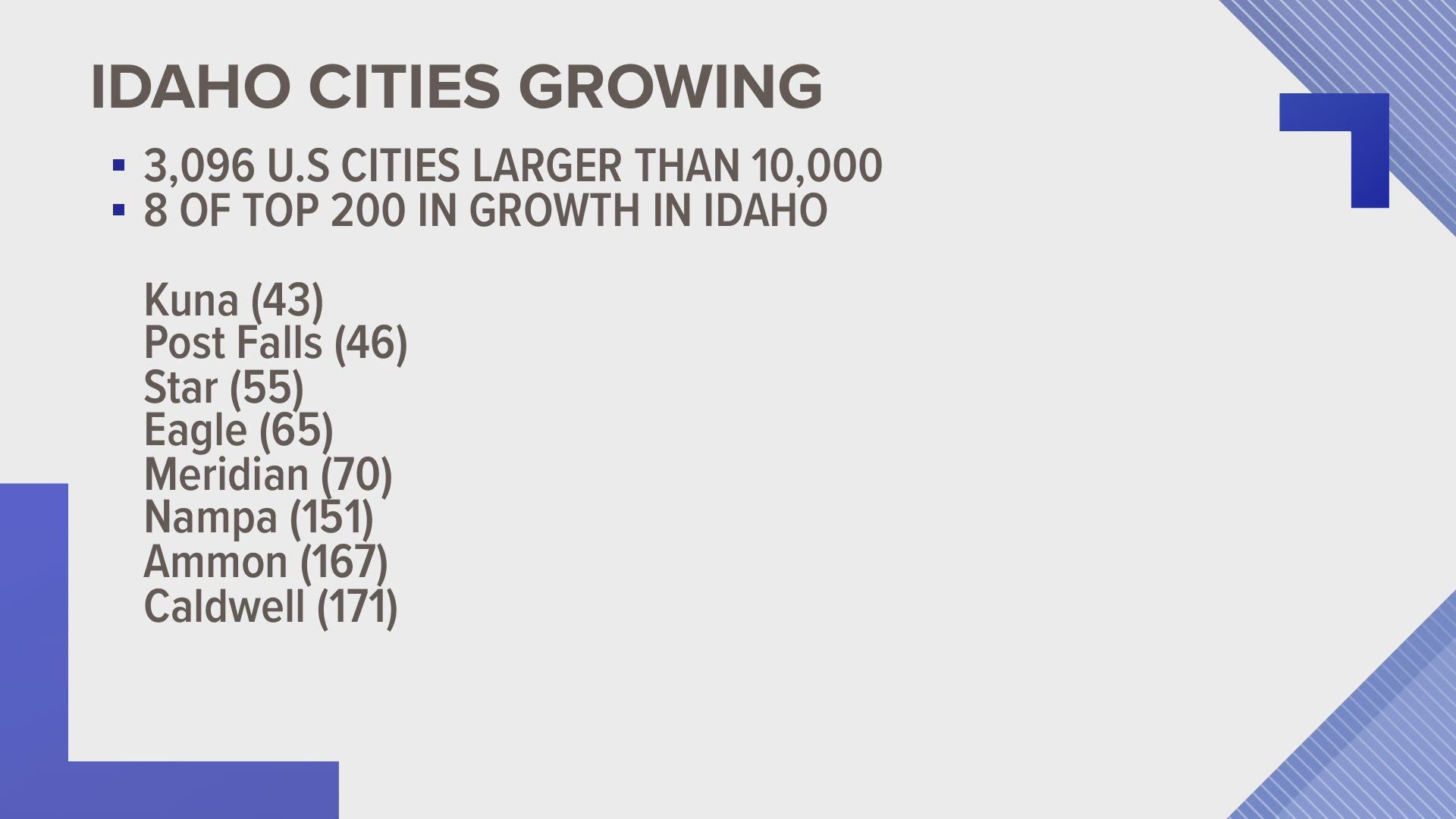 BOISE, Idaho — Idaho continues to grow statewide, with the fastest-growing population in the country between 2019-2020. Much of this growth, however, occurred in Idaho's urban areas.

Eight Idaho cities had populations greater than 50,000 in 2020, compared to only four cities in 2000. The city of Boise's population exceeded 50,000 in 1980 and was the only city in Idaho to have a population that large at that time.

Idaho cities continue to attract people from out of state as well as the state's rural areas. Between 2019-2020, Idaho's 200 incorporated cities grew 2.4%, faster than the state of Idaho's 2.1% growth.

Blackfoot and Garden City were the only medium-sized cities in Idaho to experience population loss between 2019-2020, though the loss was less than 1% in both cities. 32 smaller cities also saw population decline but none greater than 1.4%.

Results from the 2020 Census will be released in September.

See the latest growth and development news in our YouTube playlist: