A 2005 Prevost tour bus driven by Sidney Austin, 71, of Spokane, rear-ended a Quincy School Dist. bus, according to the sheriff's office. Austin died at the scene. 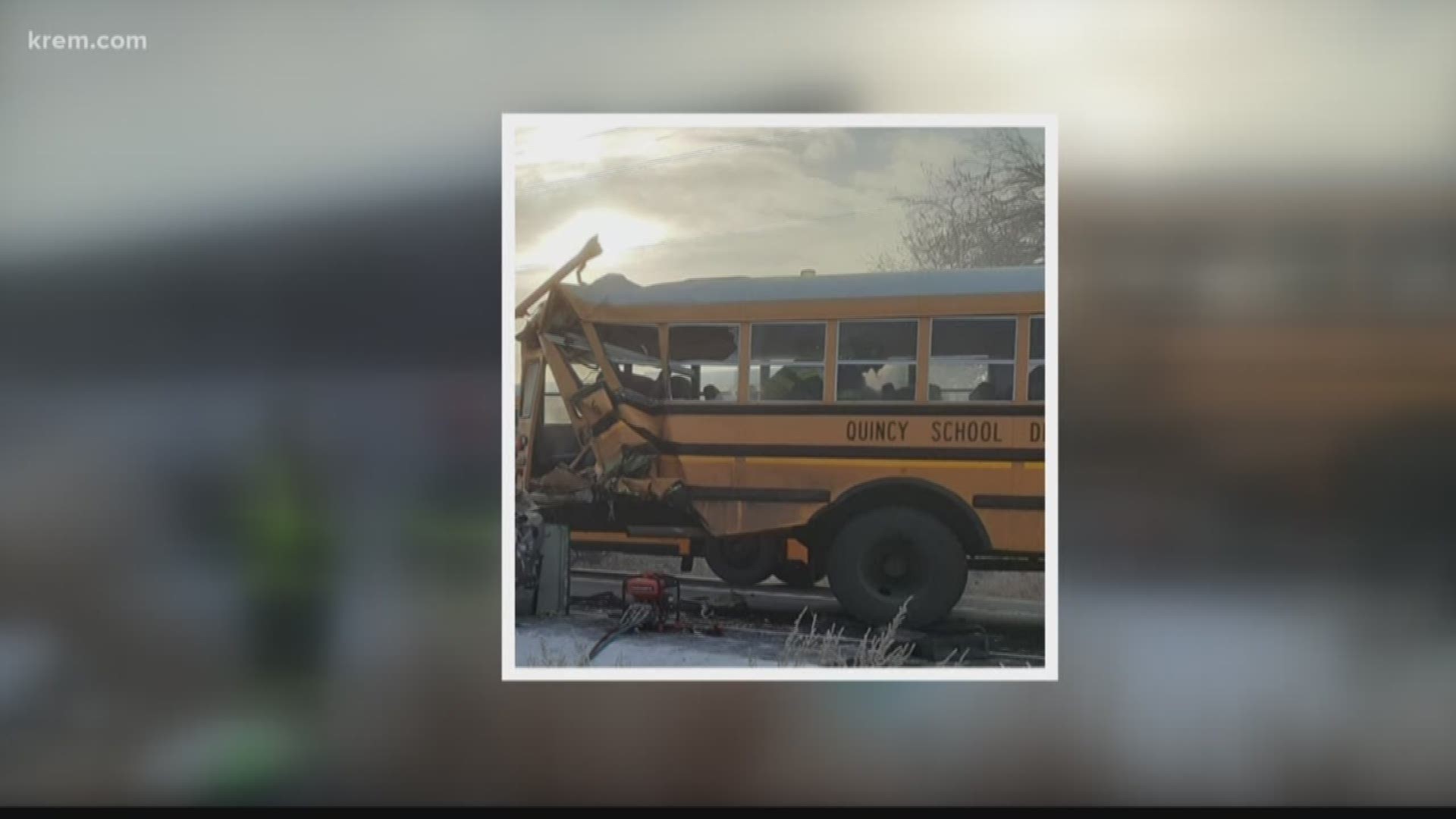 QUINCY, Wash. — The Grant County Coronrer released the cause of death for the driver of a tour bus who died Friday morning after colliding with a school bus in Quincy, Washington.

Sidney Austin, 71, of Spokane, died from multiple extremity and pelvis fractures due to blunt force impact to the truck and extremities, according to Grant County Coroner Craig Morrison.

At about 9 a.m., a Quincy School District bus was stopped in the westbound lane of Road-5 Northwest while picking up a student Friday, the sheriff's office said. A 2006 Jeep Liberty driven by a 19-year-old from East Wenatchee rear-ended the school bus while it was stopped.

The Jeep pulled off the roadway and into a driveway, while the school bus remained and blocked the westbound lane, the sheriff's office said. The Jeep's driver sustained non-life-threatening injuries.

Then, a 2005 Prevost tour bus, driven by Austin, rear-ended the school bus, according to the sheriff's office. Austin died at the scene.

Twenty-six students between the ages of 5 and 15 were on the school bus along with one driver, the sheriff's office said. On the tour bus, there were 39 passengers, a tour guide and the driver.

Everyone on the school bus was either uninjured or had non-life-threatening injuries. All students have been reunited with their parents, the sheriff's office said.

Those injured on the tour bus were all transported to Quincy Valley Medical Center and are being sheltered in the hospital’s convalescent wing. None of those people sustained life threatening injuries.

White Trail Road was closed between Highway 28 and Highway 281 due to the crash.

Quincy School District announced they would open two hours late on Friday due to icy roads and hazardous weather conditions.

Roads were icy throughout Grant County on Friday.