The governor toured the Moses Lake Sleep Center, a shelter that emphasizes privacy. 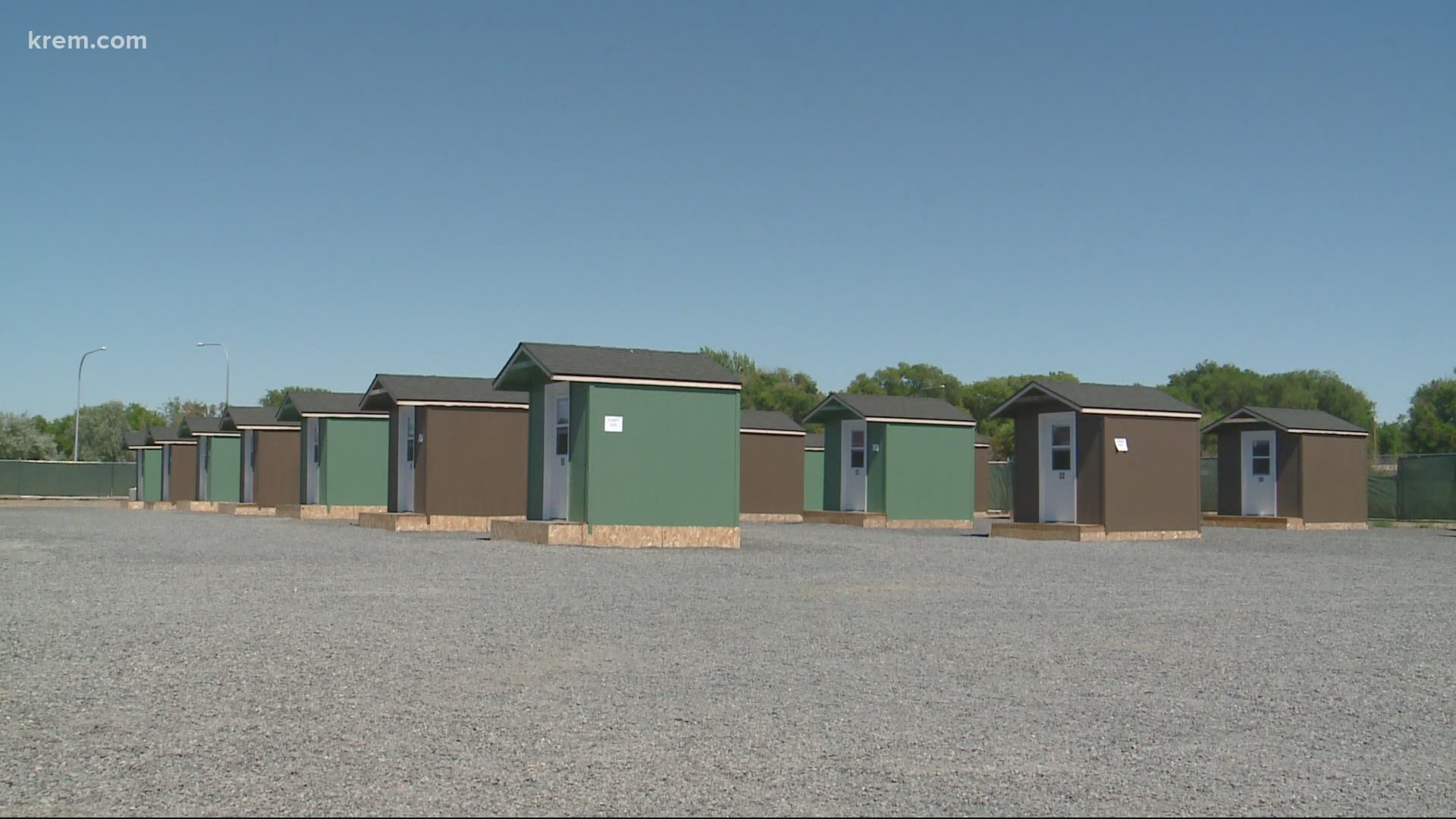 He held a roundtable with local leaders to hear about the primary obstacles to getting people into housing, such as behavioral health issues, and creative solutions for overcoming them.

"A high percentage of people, not all, but a high percentage of people in this condition have some challenges in their life. Chemical, vocational, behavioral health, whatever," said Inslee in a press conference. "And they're much more likely to get those services if they're in a private situation. Because when they go into a large gymnasium with people and cots, that lack of privacy is a huge barrier for us to get them services they need to get their life in order."

Inslee said the lessons learned from the success of the model could be applied elsewhere in the state.

Moses Lake and Grant County leaders are also considering expanding on the concept by creating a huge facility that would offer several different tiers of housing and centralize a variety of services. They're hoping to get federal funding for that.

Inslee emphasized that much more housing needs to be built all across the state, to address homelessness as well as rapidly rising housing prices and rents.

Previously, Moses Lake had an ordinance that prohibited camping in city parks but that was changed in 2018. This was due to the 9th U.S. Circuit Court of Appeals ruling in Martin vs. City of Boise where a city cannot criminalize camping or sleeping in open public spaces – or on sidewalks – if the city does not provide shelter for the homeless.

The City of Moses lake did not provide shelter for the homeless at the time, therefore, they were allowed to camp and or sleep in our parks and on sidewalks.

To discuss the housing and homelessness concerns, Governor Inslee met with community leaders at a roundtable at 1:45 p.m.

Following the roundtable, the toured the Moses Lake Sleep Center at 2:25 p.m.