Jacob and Jamie Hyland continue to recover at Harborview Medical Center in Seattle after losing their one-year-old son and unborn child trying to escape a wildfire. 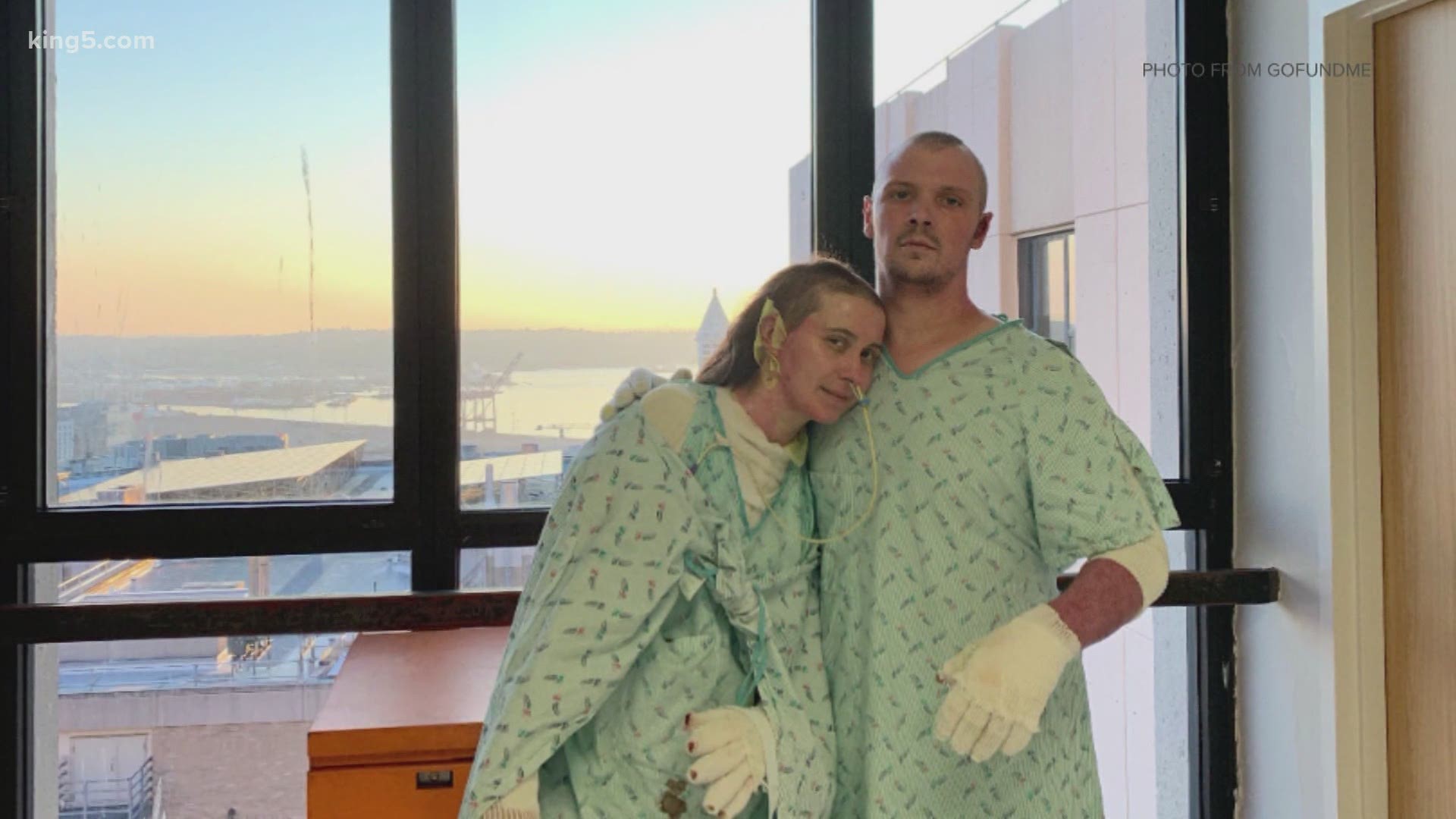 The story of 31-year-old Jacob Hyland and 26-year-old Jamie Hyland, of Renton, is one of profound loss, but also one of survival.

In September, the Hylands and their one-year-old son, Uriel, were trying to escape the raging Cold Springs wildfire when they were overcome by flames. Their son did not survive. Jamie was also pregnant at the time – her unborn child didn't survive either.

“We just want to show them support and show them how much we love them and care for them,” said Jim Mabry, Jacob's cousin.

Jacob and Jamie have both undergone nearly a half dozen surgeries each as they continue their recovery at Harborview Medical Center. But the coronavirus has limited their contact to just one visitor a day.

RELATED: Renton couple burned in Cold Springs Fire have dinner together for first time since fire

“They can’t really have contact with a bunch of people. So it’s probably been about six or seven people that have been able to visit them,” said Mabry.

So on a rain free day in Seattle, Mabry wanted to show how much his cousin and his wife are loved.

“It kind of blows them away when I talk to Jake about it. They’ve just been so thankful for so many people that have helped them,” Mabry said.

“I hope they feel a sense of encouragement and that they’re able to grasp that the world is behind them. Like so many people rooting for them. Like strangers sending cards in the mail. Sending money in the mail, people donating on GoFundMe,” Tammie Mabry said.

To date more than $360,000 has been raised for the couple's recovery, much of that is from people they've never met.

It will be a while before the Hylands are back in Renton – even longer before life seems normal – but for now it is the support from friends and family that keeps them moving forward.