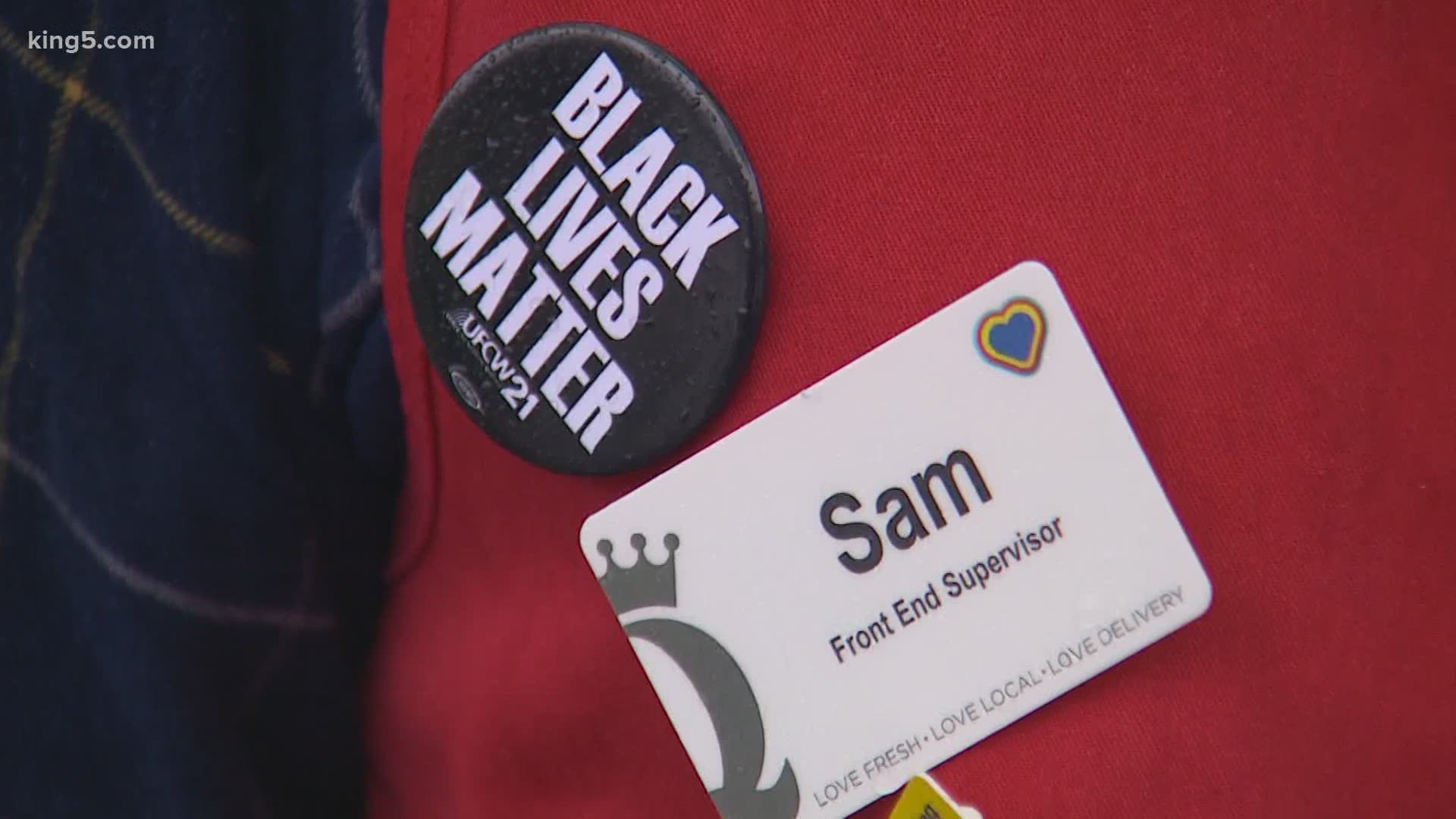 SEATTLE — In another struggle over protest symbols in the workplace, employees at QFC and Fred Meyer stores are saying a ban on “Black Lives Matter” buttons violates federal labor law and their union contract.

Both companies are operated under Kroger.

On Tuesday, United Food and Commercial Workers Local 21 filed an unfair labor charge with the National Labor Relations Board against QFC and Fred Meyer, both owned by Seattle-based supermarket giant Kroger.

Many employees and the United Food and Commercial Workers Union say it’s wrong to not allow employees to wear Black Lives Matter buttons and other messages on the job.

Kroger said they have offered wristbands with inclusive messages.

In a statement, Kroger said the bracelets were distributed in July and "represents our commitment to Standing Together with our Black associates, customers and communities against racism in all forms, and the other to serve as a reminder of Our Values that guide us."

Sam Dancy, an employee at the QFC in West Seattle, said that the wrist bands are black and white and say "standing together."

Fred Meyer and QFC are not the only organizations that have faced heat from employees and union members over not being able to wear BLM masks, buttons or other supporting apparel.

Back in June, Starbucks initially forbid employees from wearing Black Lives Matter pins, saying the phrase could “amplify divisiveness," according to the New York Times.

The company has since reversed its policy and now allows employees to wear Black Lives Matter pins and shirts.

“Starbucks stands in solidarity with our Black partners, community and customers, and understands the desire to express themselves,” Starbucks said in a statement. “We continue to listen to our partners (employees) about how they want to take a stand for justice, while proudly wearing the green apron and standing united together.”

American Airlines is also allowing employees to wear Black Lives Matter pins on their uniforms, calling it a matter of equality and not politics. Delta Airlines enacted a similar policy.