In 2018, Washington wildlife officials said there were 33 confirmed attacks on livestock in the region, double the number of attacks in 2016. 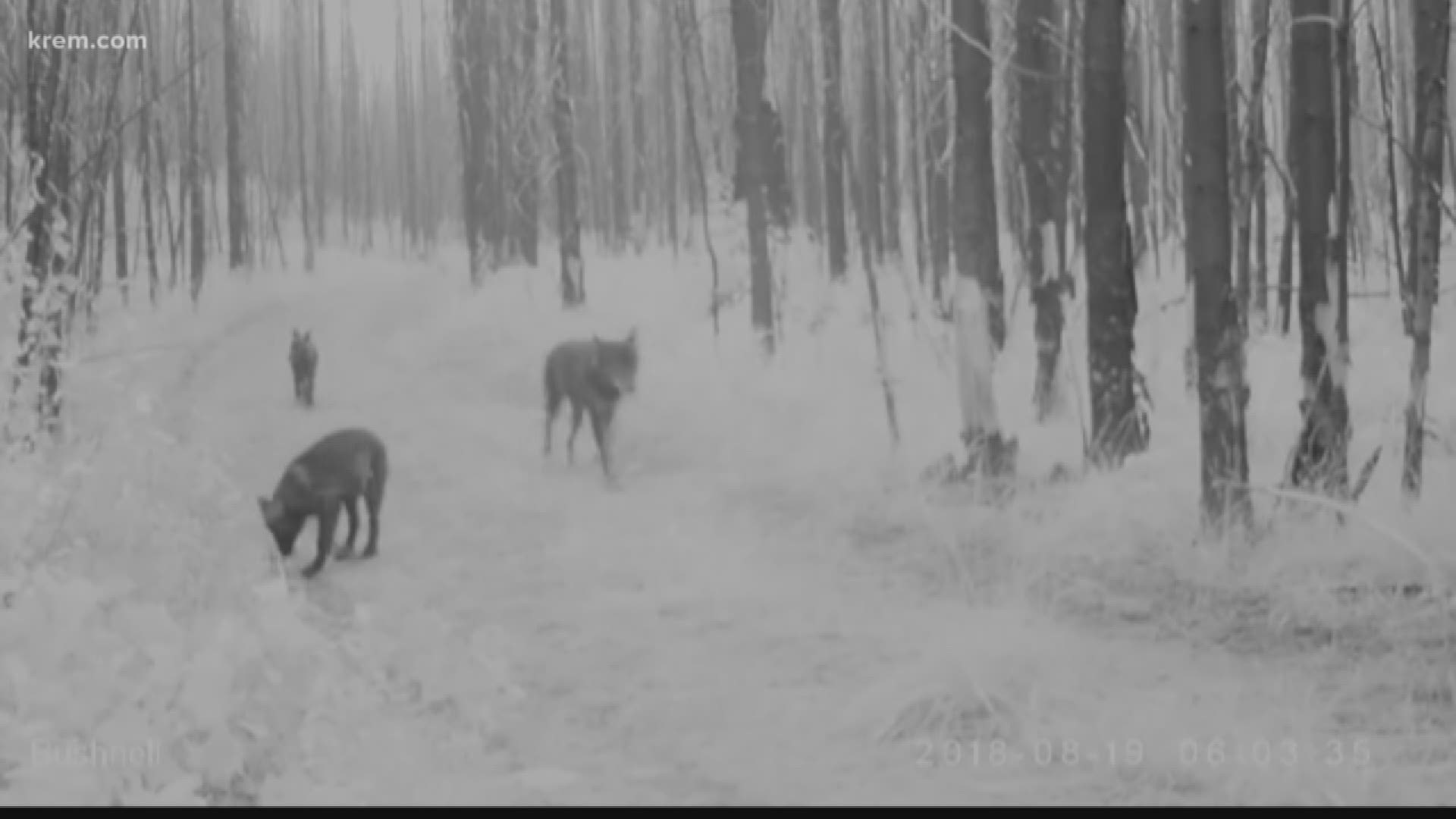 FERRY COUNTY, Wash. — The number of wolf attacks on cattle in Eastern Washington has doubled in the past two years as the wolf population continues to climb.

There are about 120 known wolves in the state of Washington. Of the 22 known wolf packs, 19 are east of the Cascades. Washington Department of Fish and Wildlife officials said the wolf population is still growing, under protections from state and federal law.

In 2018, wildlife officials said there were 33 confirmed attacks on livestock in the region. This number is double what it was in 2016.

The increased attacks have livestock producers across the region wondering how much they must lose before things start to change. State officials say they understand the frustration.

“We're in a place right now where we've had an extremely, extremely difficult year with wolf-livestock conflict. Right now is the time where we're reflecting on that and saying, how can we change what we're doing so we don't have this happen again?” said Donny Martorello, wolf policy lead for WDFW.

Ron Eslick has been a livestock producer in Ferry County for decades. His family has been grazing cattle on the same land for almost 80 years. KREM first talked to him in the fall of 2018, when he showed his small, family-run operation and the challenges wolves have brought over the last few years.

Eslick said he lost three cows to wolves in 2018, and the loss cost him thousands of dollars. As this winter will soon turn into spring, he said he has no choice but to do things differently from now on.

“First off, I gotta build fence. Then we get them up here and we can rotate the pastures and we can keep an eye on them,” Eslick said.

Instead of sending his cows to graze on his U.S. Forest Service allotment in May, he'll bring his 40 cows to his son's pasture. That pasture is completely enclosed. They'll create three pastures there for easy rotation. Eslick's son will also be living just a few hundred yards away, ready to respond, if the wolves try to move in.

There are still known wolf packs on every side of these pastures with tracks and sightings in the area nearly every week.

“If they keep getting hungry, then wolves are going to be eating everybody's cows, right close to the house. I mean, they're coming in. They're not scared of you,” he said.

Some cattle ranchers in Ferry County say they are reaching a tipping point where they won't be able to stay in business much longer.

WDFW is responsible for managing wolf recovery in the state. Many have criticized the agency for putting everyone else's needs, including the wolves, over the ranchers'.

The non-lethal wolf control methods include using pens and fencing, guarding with dogs and people, and removing dead animals from land.

Ranchers said they've been doing that for years but it doesn't stop the attacks.

After KREM’s initial reports in 2018, Eslick said several of his neighbors and colleague then also wanted to share their experiences. What was supposed to be a small meeting at the Kettle River Grange became much bigger.

“We've lost cattle every year since 2011, since before the game department acknowledged we have wolves here,” one rancher said during the meeting.

“Last night, I had a wolf come in my yard, and almost got my dog,” another said.

Some of the land owners have been raising livestock for years. Others are just getting started. They all have the same concerns about wolves.

“There's no livestock that's safe anymore. There is nowhere where you can go, 'Okay, it's safe and you're alright in this location,'” a rancher said.

“They have got to get a responsive lethal protocol. They need to move quickly when we see issues building, this can't be something that lasts an entire grazing season,” another said.

In 2018, WDFW killed multiple wolves after repeated attacks on cattle. Livestock producers said it's not enough.

“I do think there should be more collars on more of the wolves, which would help. But those collars also need to be set appropriately, so the information we're getting isn't four days old, because by then, it's no good,” a rancher said.

They agree communication with WDFW officials isn't always easy. In fact, many no longer even report dead cattle, because they say it's not worth the trouble.

“Everybody on the other side of the state is content to let the wolves sit here and eat our cows. It's insulting and it makes me angry,” a rancher said.

Martorello said the ranchers' concerns are part of a balancing act that must include the entire state.

Ranchers all across Ferry County said something's got to give but for them, there's nothing left to give.

“In Washington alone, this is a $6.9 billion industry. So, I'm kind of hoping, if you put a dollar sign in front of it, they'll start to understand. Because I feel like the state looks at us like this little part of the state that means nothing. If it starts to come out of their pocket, maybe they'll start to pay attention. When it's out of our pockets, it doesn't seem to matter,” a rancher said.

Clarification: Viewers have questioned the $6.9 billion statistic quoted by this rancher. The Washington State Beef Commission says cattle ranching is a $5.7 billion industry in the state. The state department of agriculture states cattle production is a $664 million industry, but ranchers say this does not take into account indirect economic impacts, such as trucking jobs.