The federal court ruled the district's hair length policy that required Kaden Bradford to cut his locs was 'discriminatory.' 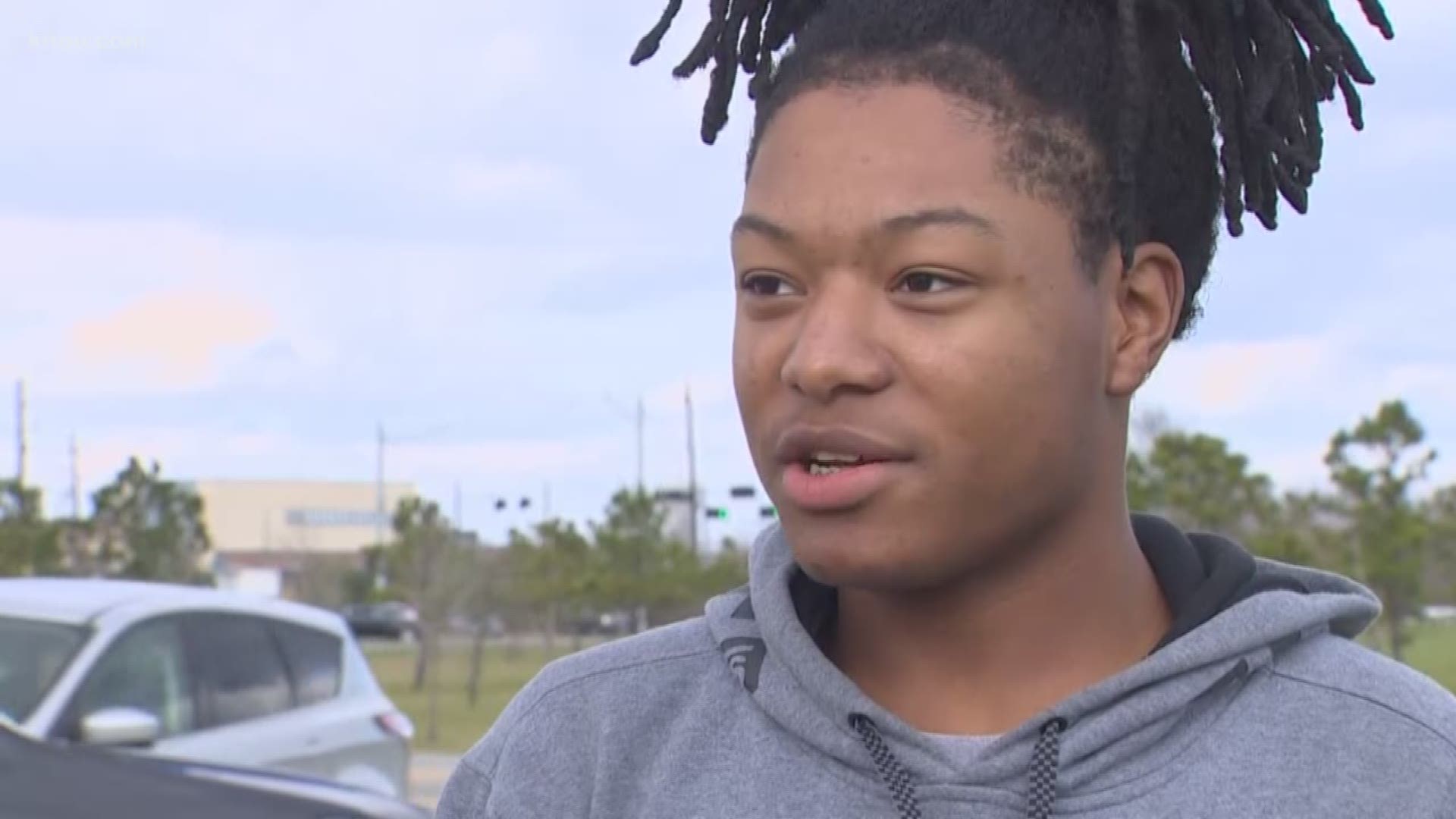 MONT BELVIEU, Texas — EDITOR'S NOTE: The video above is from a report back in January when Kaden Bradford was suspended from school.

A U.S. District Court ruled in favor of a Barbers Hill High School student who was suspended for refusing to cut his locs last spring.

Kaden Bradford is a sophomore at Barbers Hill High School.

His cousin, DeAndre Arnold, made headlines nationwide after he was also suspended for refusing to cut his hair.

DeAndre ended up moving to another district.

But Kaden and his mom decided to fight, arguing the locs were part of his "Black culture and heritage."

“If he cut his hair, that’s like cutting a part of his life. It’s his culture. It’s his background. It’s his roots. It’s his ancestors," mom Cindy Bradford told KHOU earlier this year.

"It’d be like cutting off an arm or a leg," Kaden said.

In court, their attorney argued that he also wanted to honor extended family members with West Indian roots.

Professor D. Wendy Greene, who testified as an expert for Kaden, testified that locs are “a long-recognized expression both of African-American identity and West Indian identity.”

She supported his testimony with historical and sociological evidence showing that “hair texture, like one’s skin color, has long served as a racial marker.”

The court agreed, ruling the Barbers Hill Independent School District can't enforce their hair-length policy by ordering Kaden to cut his hair. The district is also required to allow him to immediately re-enroll without cutting his locs.

Earlier this year, Kaden said it was hard to concentrate in school with the attention he and DeAndre had gotten over their hair.

“I tend to stay away from the negative side, because you don’t want to feed into that energy, so I’m just mainly been getting the positive,” Kaden said.

“I feel like there should be some leniency for guys who feel like they’d want to grow their hair because the length of our hair shouldn’t be, shouldn’t determine whether we’re able to get an education or not," he said.

Kaden’s mom, Cindy Bradford, said then that cutting his hair was not an option.

She said her son missed classes for three weeks but she made him go back to serve in-school suspension.