Long-time child care providers say they’ve never seen anything like it and worry it will have long-term impacts on the entire economy. 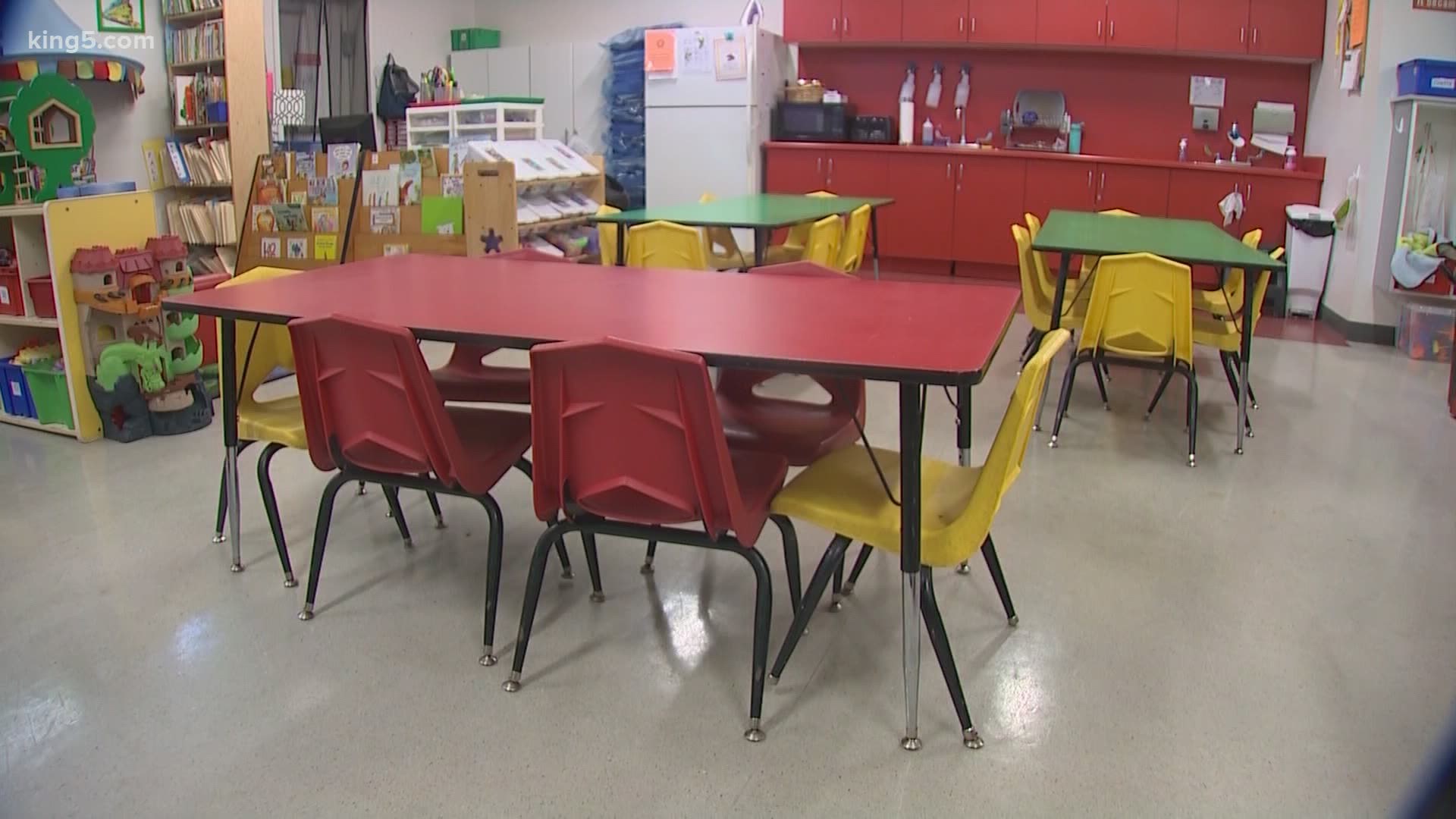 SEATTLE — A new report is shedding light on the struggles the child care industry is enduring in Washington state and the country, and how it will impact economic recovery after the pandemic.

The report, published by Child Care Aware of America, estimates about 16% of the state's providers closed down in recent months. Long-time providers said they’ve never seen anything like it and worry it will have long-term impacts on the entire economy.

Chelon Jackson has been in the child care industry for 30 years and tries to give her kids something special at “The Lovable Nest,” the program she runs from her Rainier Valley home.

“A lot of them start off in the toddler program and then they work their way into the preschool so it's more of a teaching program,” said Jackson.

COVID-19 has changed everything for child care providers around the state and the country. “I have no waiting list, I used to get calls, I don't get the calls like I used to…” said Jackson.

Jackson said some parents can no longer afford to pay and so she gives them discounts, others come only part-time, and all of it has deeply impacted her bottom line.

“It has affected me a lot where I'm looking at maybe I need to get a second job just for the weekend,” she said. A second job would be nearly impossible since she spends Saturdays doing deep-cleaning inside the preschool.

The report states nationwide 40% of child care centers have closed. Jackson said she hears about one almost every week. “No one is coming to fill their space so financially they have to shut their doors," she said.

The report also states the crumbling infrastructure of child care will make long-term economic recovery difficult. Jackson said she believes when some workers do head back to office jobs they might find they can no longer find child care.

"There's not going to be many, there's going to be a shortage they have closed their sites," she said.

Stricter health guidelines have put a strain on providers, as well.  The report states there needs to be more financial aid for providers so they can stay in business.

Jackson said she's not giving up. “I'm going to make it because I'm doing it for the kids and that's what keeps me going he kids, they're mixed up in an adult world.”

For more on the report and child care resources, click here.