'Our hearts could not be more broken': Two children swept out to sea on Oregon Coast

A Portland man was holding his two children, ages 7 and 4, when they were all swept into the ocean by a wave at Falcon Cove, south of Arch Cape. 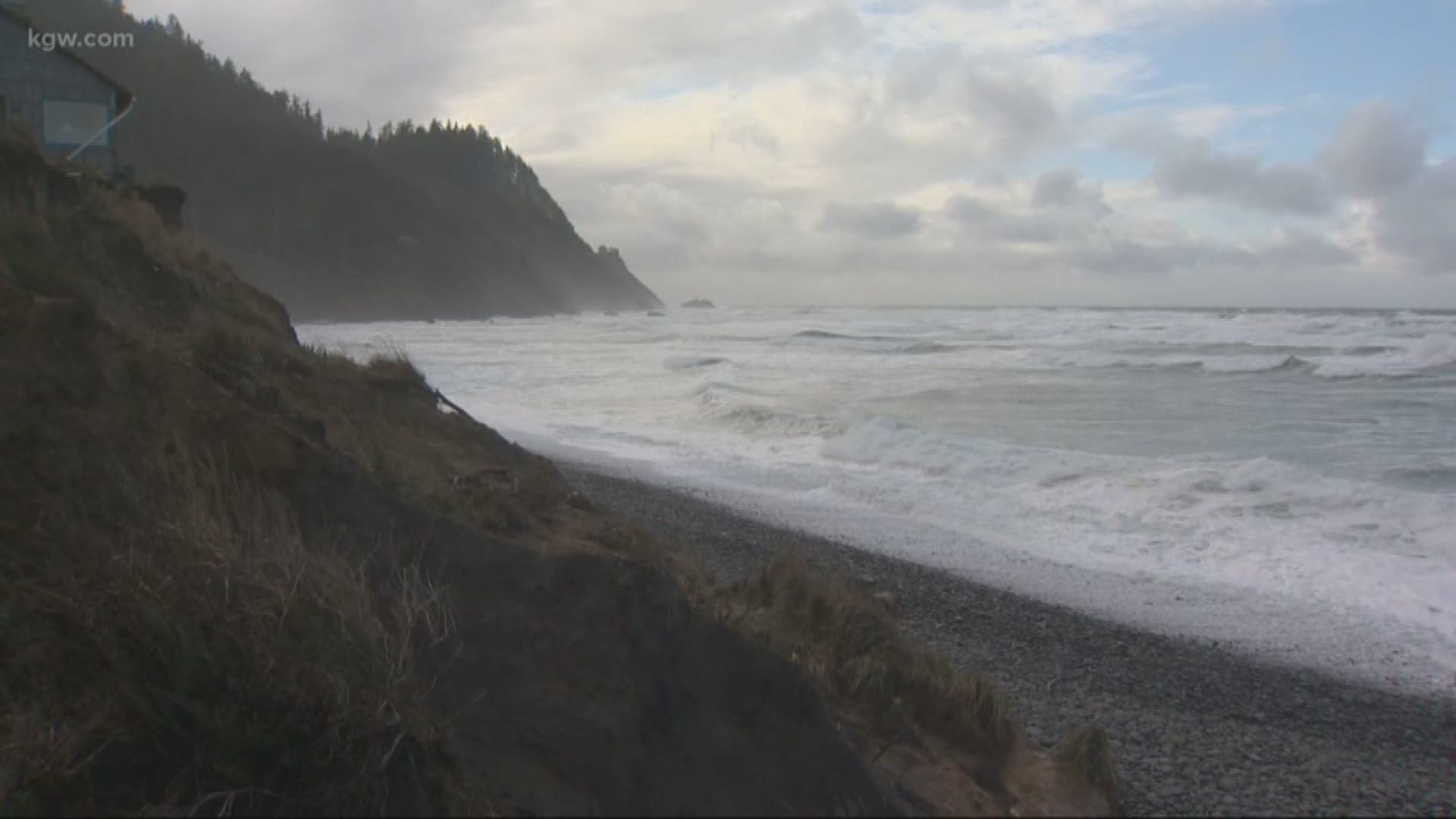 CANNON BEACH, Ore. — A Portland family is mourning the loss of two children who were swept out to sea Saturday afternoon on the Oregon Coast.

"Our hearts as you can imagine could not be more broken as both children were loved beyond measure by our entire family and so many others," the family said in a statement on Monday.

Police say 47-year-old Jeremy Stiles was holding his two children, ages 7 and 4, when they were all swept into the ocean by a wave at Falcon Cove, south of Arch Cape.

According to family members, first responders said the father and children were on an off-beach trail when the wave came in.

A police officer found Stiles struggling and helped get him out of the water, and then saw the 7-year-old girl further out in the ocean, police said.

The officer went into the ocean and was able to bring the girl to shore. But she was taken to a local hospital and pronounced dead, state police said.

Stiles was also taken to the hospital, where the family said he is recovering from hypothermia. His condition is unknown.

On Sunday, the U.S. Coast Guard permanently suspended its search for the 4-year-old boy.

Over the weekend- members of our family- Jeremy Stiles (47), Lola Stiles (7) and William Stiles (4)- were involved in a tragic accident at Cannon Beach when a sneaker wave creeped up onto the beach trail they were walking on and pulled them out to sea.  Lola was pronounced dead at the hospital, William’s body has not yet been recovered and Jeremy is recovering from hypothermia at Seaside Hospital.

The Stiles family want to thank everyone for their thoughts and prayers and especially the support of the first responders and Coast Guard during this horrific tragedy for our family.  First responders have reported that they were on an off beach trail and when the waves came up and pulled them in.

Our hearts as you can imagine could not be more broken as both children were loved beyond measure by our entire family and so many others.

If you would like to provide support to the family during this time of loss-- please visit: https://www.gofundme.com/f/stiles-family-support

There were extremely high tides, known as King Tides, on the coast over the weekend. A High Surf Warning was in effect. The Coast Guard urges people to stay away from jetties and rocks.