Car nearly crashes into Maple Street home, another rolls on side

Two people in the car that rolled on its side were taken to the hospital on Tuesday morning, authorities said. 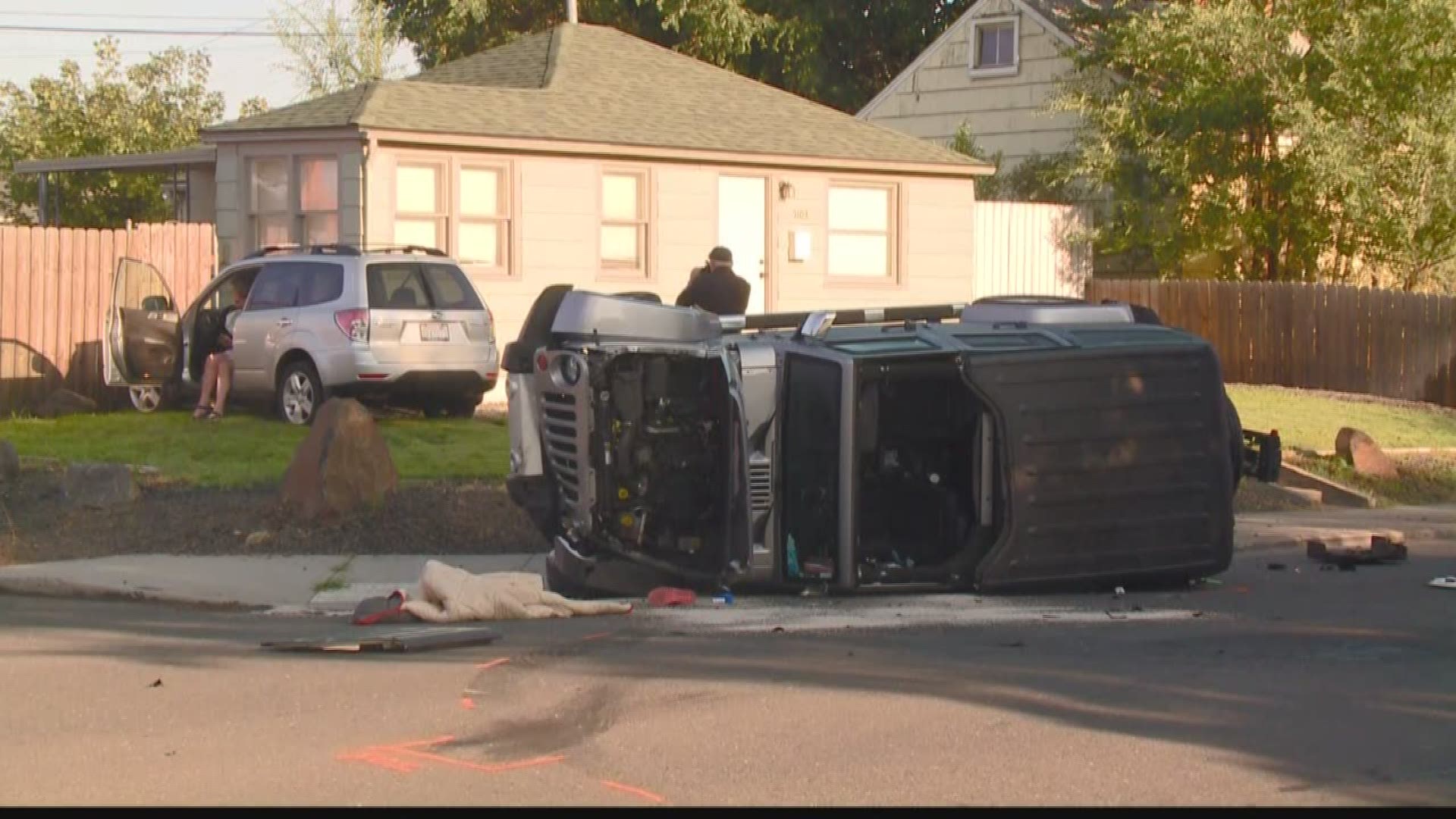 SPOKANE, Wash. — A car nearly crashed into a home at Maple Street and Queen Avenue in Spokane and another rolled onto its side on Tuesday morning.

Officer John O'Brien with the Spokane Police Department said a Jeep was driving down Maple Street when it the front right side of a Subaru, sending the Subaru into front yard of a home and flipping the Jeep.

The Subaru clipped a small corner of the home during the crash., KREM's Nicole Hernandez said.

Police believe the Jeep ran a stop sign, O'Brien said. Neither the driver nor passenger were wearing a seat belt.

Mike Carroll, who was driving the Subaru, said he is lucky he did not hit more of the house or the boulders in the yard.

A tow truck arrived to remove the Subaru from the yard at about 7:45 a.m. on Tuesday.

1 / 4
KREM
One car nearly crashed into a home at Maple Street and Queen Avenue on Tuesday and another rolled onto its side.