Geese have been calling the popular park home for years now, but the complaints related to the goose poop are racking up, the city says. In the past, parks officials have tried using dogs to chase off the geese. 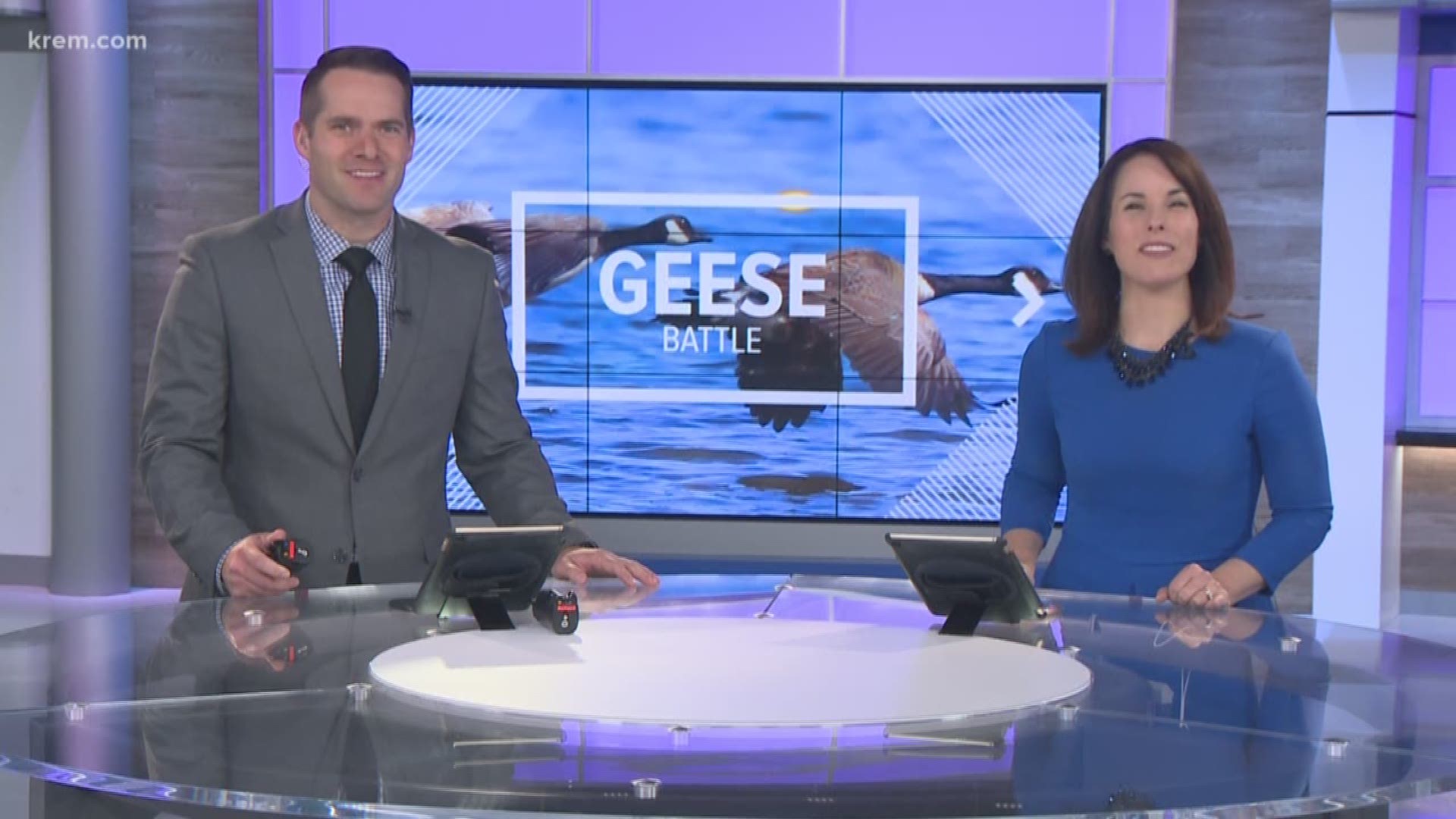 SANDPOINT, Idaho — "We come up here quite a bit, and they're all over most of the time,” Clay Soliday said.

He brought his metal detector to look for buried rings and coins, but he didn't find much gold or silver.

"You have to watch all the time,” Soliday said as he moved carefully to avoid the goose poop.

It's a gross sight not new to City Beach in Sandpoint. Geese have been calling the popular park home for years now, but the complaints related to the goose poop are racking up, the city says. In the past, parks officials have tried using dogs to chase off the geese.

This spring, they deployed fake coyotes sprayed with scent to ward off the birds.

"Most of the things they've tried before haven't worked,” Soliday said.

The city says these birds are much smarter than we give them credit for. So, it's now time for a new strategy.

Sandpoint's parks director said he plans on working with the US Department of Agriculture's Wildlife Services Program to find a fix. That plan will likely involve capturing and physically relocating the birds to a different spot.

Sandpoint isn't the only major city that's had problems with geese. That shouldn't be too surprising, but here's what's interesting - another city worked with the feds in order to remove problem geese in Idaho Falls.

After working with the USDA, that city was able to remove hundreds of geese from its population. From 500 geese, to just 50 geese there in a matter of years, according to Sandpoint's parks director.

That certainly seems promising here. But will it work? It's certainly too early to tell now.

"I think it would be pretty hard to capture enough of them to make a difference,” Soliday said. “But it might work. You've got to try everything."

Sandpoint says it spends thousands each year cleaning up the mess the geese leave behind. So at this point, it appears any kind of fix will be greatly appreciated.