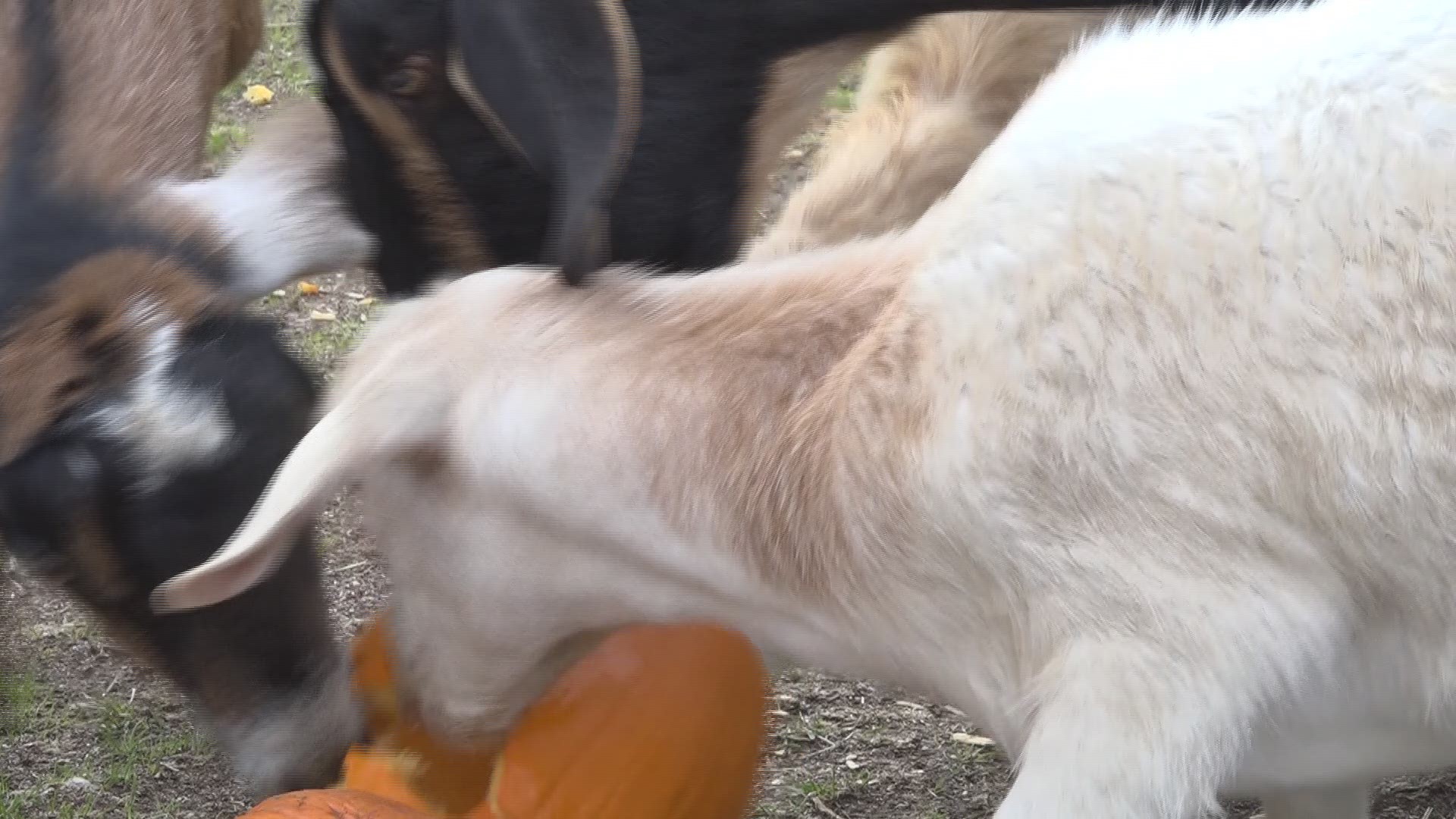 MEAD, Wash. — Higher Ground Animal Sanctuary has called for donations of pumpkins, gourds and produce to provide some additional nutrition to the animals.

"They love them, all of them. Even the dogs love the gourds. They chew them to smithereens,” said Cheri Scandalis, co-founder and director of the sanctuary.

She said they receive several tons of donations every year, but that the sanctuary can always use more.

"We have everything from chinchillas, bunnies, guinea pigs, horses donkeys,” she said.

Scandalis said local groups bring kids up to donate their leftover Halloween jack-o-lanterns and smash them up so that the animals have an easier time digging in.

"It's actually really great to get the kids up here, and see that their pumpkins have an afterlife, it's great recycling,” she said.

They’re getting lots of donations! pic.twitter.com/JLPLu5s34u

"I think it's a great way for the community to be able to give back and help some animals and get rid of some pumpkins,” said Glenna Mace, a volunteer at the sanctuary.

Scandalis said the pumpkin drive is great recycling and the produce offers nutrients for the animals. Besides the health benefits, animals manage to keep themselves busy with the new donations.

The pigs are alright. If your 🎃 are starting to get mushy, the sanctuary can’t get enough to keep their 180 animals occupied! pic.twitter.com/uYRabYljq7

The sanctuary is accepting donations Saturday, Nov. 3 and Sunday, Nov. 4 from noon until 6 p.m.

In a statement, the sanctuary said they do no accept pumpkins that have been painted, drawn on, or have mold on them.

“Please take care to remove all candles and other litter from the pumpkins before donating. Please do not donate pumpkins that have been preserved via any method (ex: bleach). We can use whole pumpkins or jack-o-lanterns!” the statement said.

They accept drop offs in two locations: At the sanctuary located at 16602 N. Day Mount Spokane Rd., Mead; or in Liberty Lake at the Greenstone Office at 1421 N Meadowwood Ln Suite 200.