The Evans Canyon Fire near Naches is now the largest and top priority wildfire in all of Washington and Oregon. 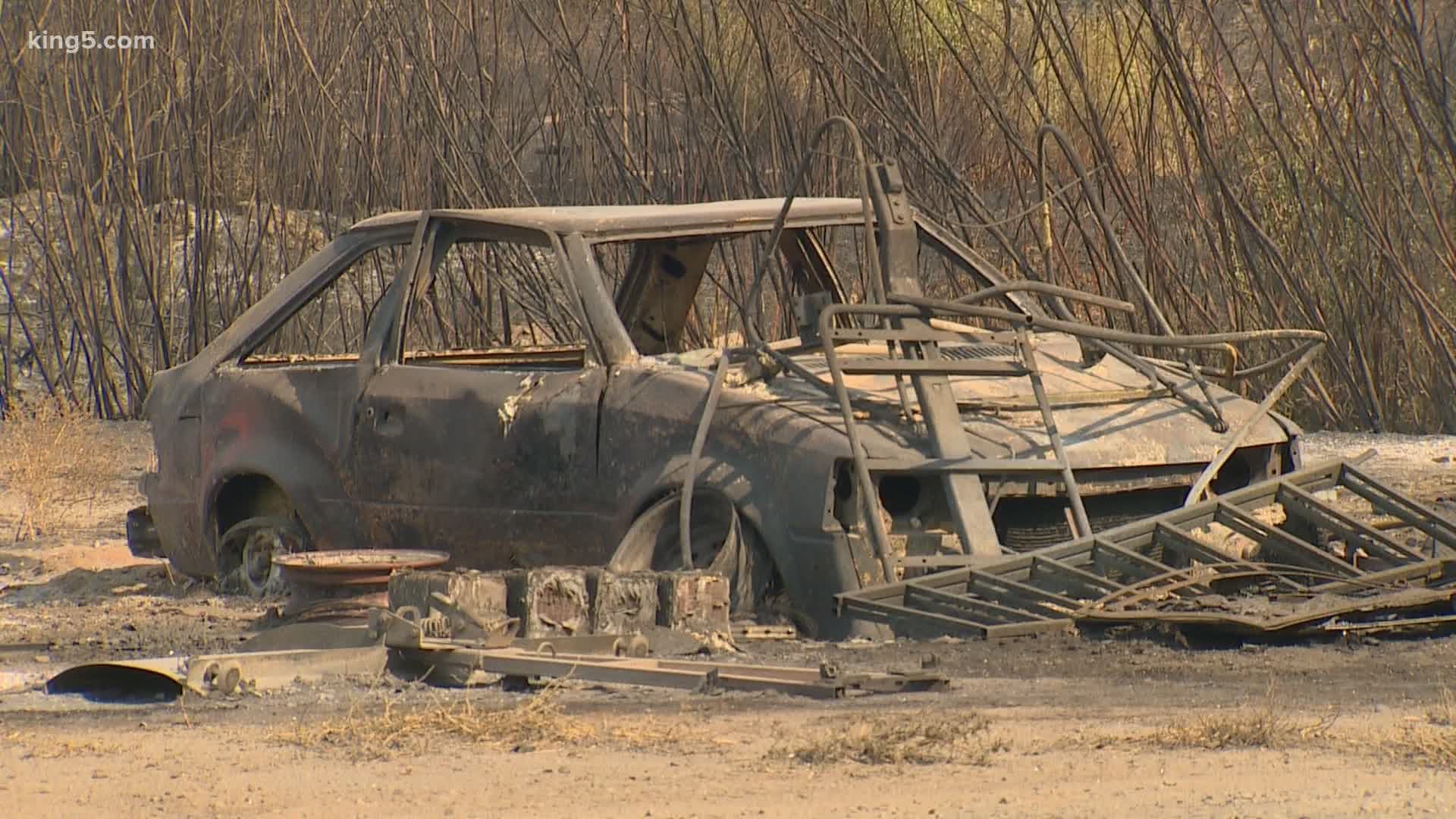 NACHES, Wash. — The Evans Canyon Fire near Naches has burned 70,000 acres and is at 10% containment as of Friday. Smoke and haze blanket the Yakima Valley.

More than 700 personnel are on the firefight.

“We’re doing everything we can, bringing in every single resource from firefighters to aircraft,” said Hilary Franz, the Commissioner of Public Lands.

Evans Canyon is now the largest and top priority wildfire in all of Washington and Oregon. The cause of the fire is being investigated. It started just southwest of Wenas, near a state Fish and Wildlife recreational area.

Oregon and Washington are divided into 12 zones for fire potential. Over Labor Day Weekend, nine of those 12 zones are at high or extreme fire danger and five zones are breaking records.

“Five of them are going to be at historic levels and that’s one of the reasons this fire is being so problematic. It is so dry out there,” said Chuck Turley with the Washington Department of Natural Resources.

Conditions are dry and winds are expected to pick up Saturday and into Monday.

“This is something that is our worst nightmare,” Franz said.

As unprecedented numbers of people head to campsites for Labor Day weekend, fire danger is at its peak.

“Ninety percent of our fires are caused by humans. We still don’t know the cause of this one, but oftentimes these catastrophic fires we think are out of our control as citizens, but the reality is we can be doing our part to prevent it,” Franz said.

If another fire ignites, DNR grapples with how they’ll battle both.

“All of our resources are on this, and we need all the resources on this, we really can’t afford another significant fire. We’re urging the public please to do everything possible to prevent it.”

Every county in Washington has some type of burn ban in effect, according to the Department of Natural Resources website. 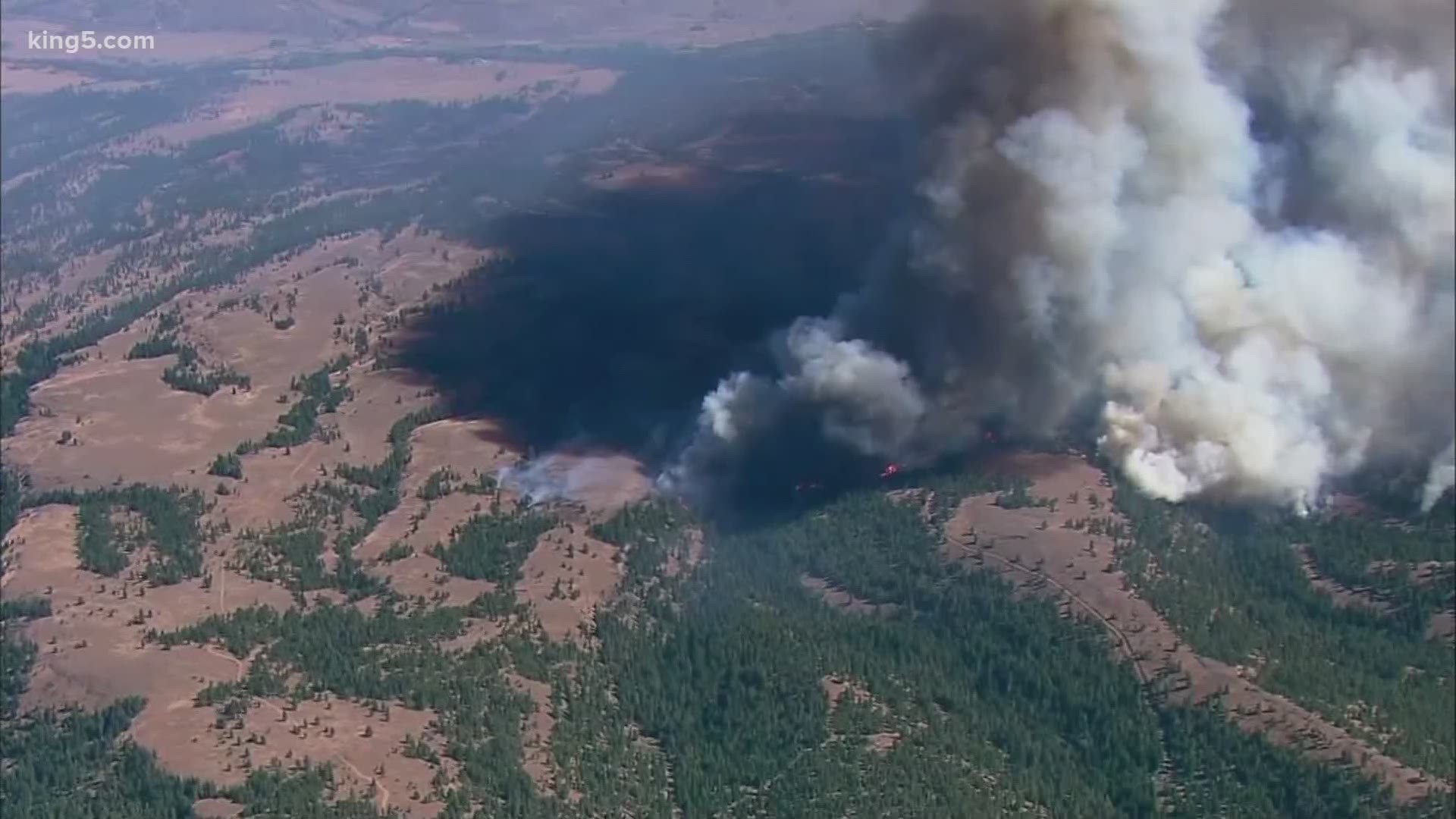