Jeff Fortin is part of a group of veterans who came in years after nuclear testing to clean up the radioactive debris left over by U.S. military atomic testing in the South Pacific and now says he's suffering from health risks from radiation exposure. 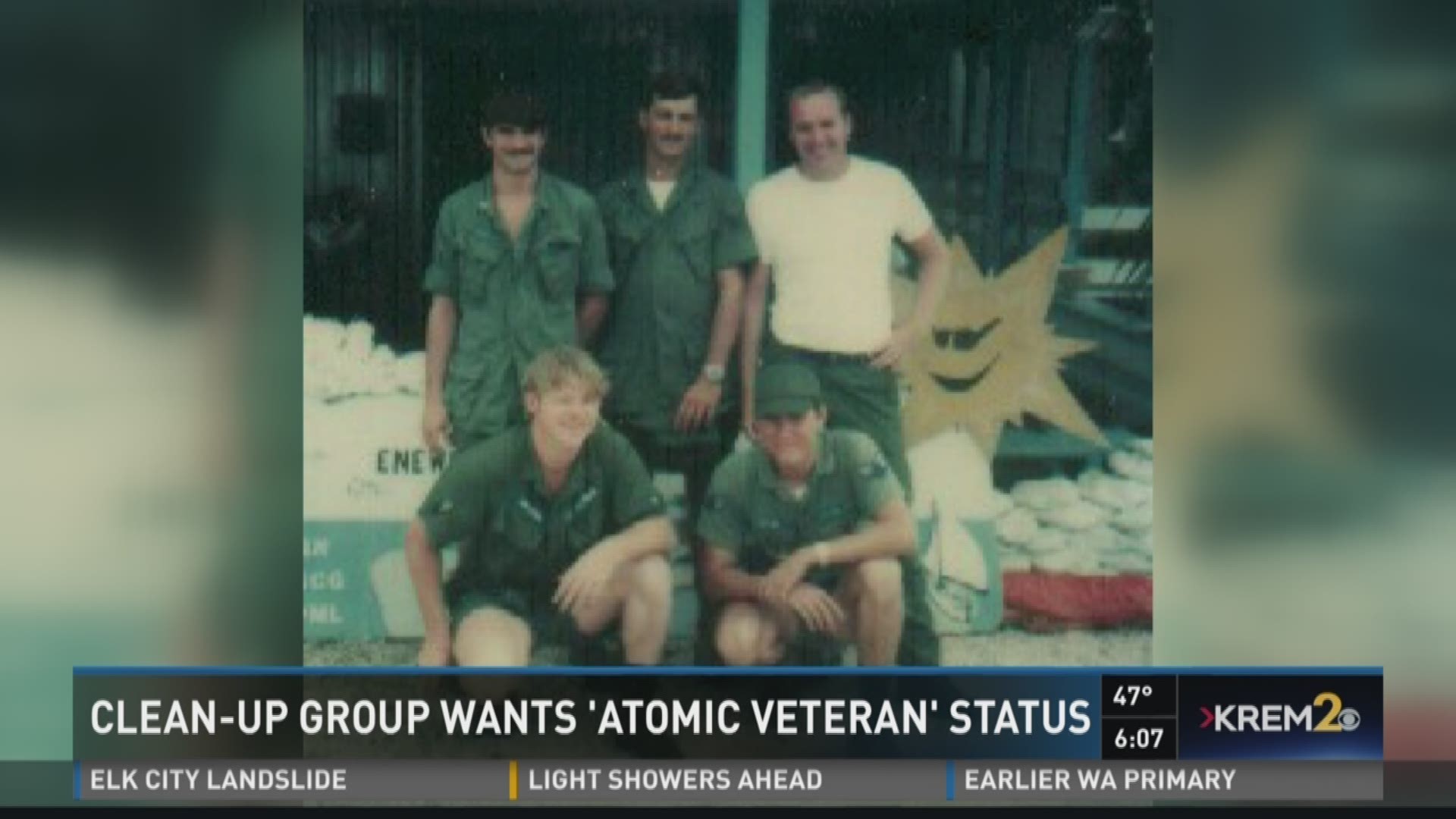 Right now, These are U.S. Military service members exposed to radiation in the 40's and 50's during nuclear testing and at bomb sites in Japan.

The federal government eventually acknowledged those veterans had high incidents of cancer as a result of their service and provided extended benefits and compensation.

But Fortin isn’t classified as an Atomic Veteran. He’s part of a different group of veterans claiming they're getting sick, too. They're service members who came in years after nuclear testing to clean up the radioactive debris.

In the late 1940's and 50's the U.S. military tested scores of nuclear bombs in the tropical Enewetak Atoll in the South Pacific.

The nuclear contamination would remain until the late 1970's when the U.S. government hauled in service members to cleanup Enewetak and surrounding islands, including Fortin.

"So I was there, 21 years old, I was an E-4 fresh off. I loved the military and there I found myself on Enewetak," said Fortin.

Fortin was in the Air Force and helped run the airfield as people and supplies shuffled in and out for the cleanup effort.

“They told us there was minimal danger,” said Fortin. “They said there was low level, but it wouldn't be anything that would affect us as individuals and we believed them."

It wasn't until the end of his year at Enewetak Jeff started wondering if the radioactivity he couldn't see was quietly infiltrating his body.

"Toward the end of my tour in '79 I did have two cysts taken out of my left arm that just happened to develop while I was on the Island,” said Fortin.

Fortin's VA medical records requested by KREM 2 News state Fortin also developed asthma and skin conditions related to his service. Among the hundreds of pages, a doctor notes Fortin "was exposed to radiation in service."

As the years passed, Fortin's inexplicable medical problems grew. He attributes some of them to his service.

"I have moderate COPD. I get short of breath,” said Fortin. “Never smoked."

VA doctors also diagnosed an auto-immune disease ravaging his spine, rendering the 58-year-old unable to work.
While a doctor hasn't connected the dots, Fortin believes that condition was aggravated by radiation exposure.

"We got a humanitarian service award for serving out there, we made some good friendships and we helped foreign people get their land back. But at what cost? Lives. Health issues," said Fortin.

Over the years veterans who cleaned up Enewetak began reaching out to one another and realized a large proportion of them have battled unusual health issues and an alarming rate of cancer.

"I am a stage four cancer survivor,” said Enewetak veteran Jeff Dean, who lives in Maine.

But the federal government has yet to wholly recognize the radiation risk and resulting health issues of Enewetak veterans.

"We deserve to be recognized and we need the medical assistance, you know? There are a lot of people who are now sick and battling for their lives," said Dean.

"From my perspective, there is clearly some link between what they were doing on the atoll and some other health challenges that they have now," said Takai.

Takai has introduced a bill in Congress called the "Atomic Veterans Healthcare Parity Act". Like other veterans exposed to ionizing radiation while in service it would pave the way for service-related treatment and additional benefits for Enewetak cleanup veterans.

KREM 2 News asked the Spokane VA Medical Center for comment about Enewetak Veterans and a spokesperson replied, “Because there is legislation (pending) at the core of your query, VAMC cannot make any formal comments about it."

Takai said the legislation was a last resort. He was hoping the VA would decide to change the Enewetak veterans' status so their illnesses are automatically classified as service-related.

"Prior to introducing the bill, we actually approached the VA and asked them to help us with this,” said Takai. “Unfortunately, the VA basically said that they weren't going to do anything, so that's why we had to introduce the bill."

KREM 2 News contacted the VA both locally and nationally for a response to Congressman Takai's interview and claims the VA did not step in when requested, but has not received a response.

Fortin has filed for federal social security and expanded VA benefits that are under review.

If Congress passes the Atomic Veterans Healthcare Parity Act, Fortin knows it wouldn't cure his ills, but would provide a cushion where now there is none.

"I'd be able to not owe my in-laws for the rent on my house and I'd be able to cover the expenses and not have to rely on family and friends to make ends meet," said Fortin.

Enewetak veterans can individually apply for expanded benefits through the VA. Fortin has been going through that process for about one year.

Congressman Takai's bill has picked up sponsors from both parties. However, a website that tracks Congressional bills does not give Takai’s bill a high probability of passing.

Takai points out they've just started this quest and he's still hoping to work with the VA on behalf of these veterans.

Fortin hopes the government ultimately stands up to care for him and his fellow Enewetak veterans
in the same honorable way those veterans stood up for their country.

When asked if he would change anything he doesn’t hesitate with his response. "In a heartbeat I'd do it again,” said Fortin.