Local semi-truck instructors said although the equipment is essential, the number of deaths won't change, unless something else is done. 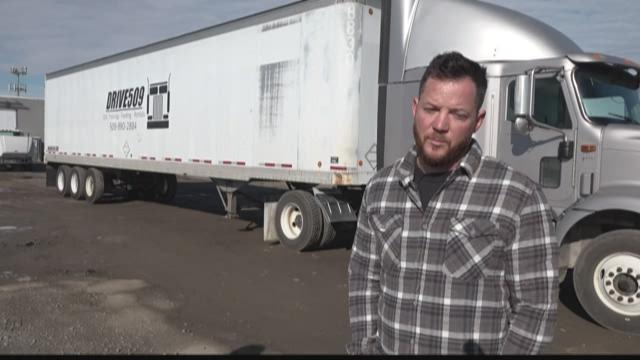 Reports said in 2015 more than 4,000 people across the United States died after crashes involving large trucks and 38 percent of those deaths happened in Washington state.

Local semi-truck instructors said although the equipment is essential, the number of deaths won't change, unless something else is done.

Director of operation at Drive509, Doug Odegaard said he has been driving semi-trucks for 37 years and isn’t a stranger to crashes.

Odegaard said he’s been in a crash and has also had a few close calls and they’ve all had the same common denominator.

"I can almost guarantee, truth be known, 95 percent of those accidents involving a semi were caused by a car," said Odegaard.

AAA recommended lane departure warning systems, video onboard monitoring systems and automatic or air disc braking systems be installed in all large trucks as a solution.

Odegaard said most big companies already have this, and that in most cases, the truck drivers are not the issue.

"They need to teach people how to drive around trucks. A gust of wind will make you change lanes, they need to be aware of that," said Odegaard.

According to AAA, 61 percent of U.S. adults felt unsafe driving past large commercial trucks versus driving past regular cars.

Odegaard said passenger car drivers are not the only ones terrified as semi-trucks are approached.

"It can be very scary. Especially when you get someone next to you and they are texting and not maintaining their lane," said Odegaard. "They could end up underneath your trailer, and then who are they going to blame?"

Odegaard said safety technology is a must, but other drivers need more education.