Spokane woman to down payment scammer: ‘You cannot make your livelihood on the tears of other people’

A Spokane woman says she lost her life savings to scammers when trying to put a down payment on her dream home. 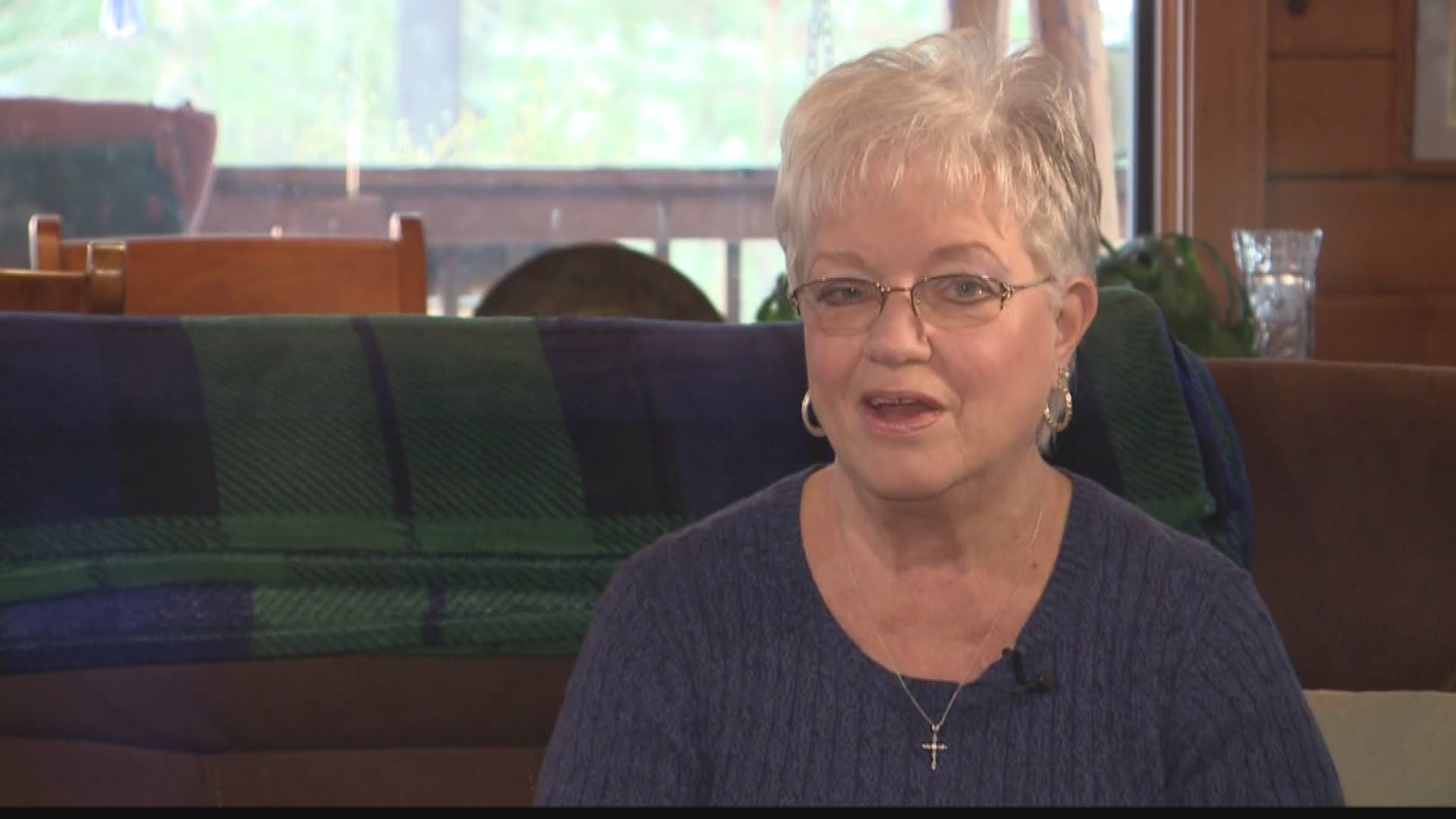 A Spokane woman says she lost her life savings to scammers when trying to put a down payment on her dream home.

Sandra Lee is sharing her story so others don't fall victim to the scam.

As builders worked to complete the Nine Mile Falls home, it represented the completion of Lee’s lifelong dream.

"I'm 75 years old and I've never had a dream house before. So that was going to be my dream house," Lee said. "I'd go over there and I'd see deer in the yard and I just thought, ‘Oh, I can't wait to live out here.’"

Lee got a loan and used her life savings to come up with the $98,000 down payment. When it came time to transfer her down payment, Lee received wire instructions via email that appeared to come from her escrow officer.

"Yep, letterhead on the top and the original had her picture down at the bottom," Lee said.

She followed the wire instructions. The very next day her banker called to make sure she was ready with her down payment. She said, ‘No problem, it's already sent.’

"And he says, ‘What do you mean?’ And I said, ‘Well, I got the transfer instructions and sent the money.’ He said, ‘What?’ And he said, ‘Call your title company right away,’" Lee explained. "And they came back to me and they said we are so sorry those emails were not from us. And I'm not a swearing person but all of a sudden, I just went, ‘Oh my God.’"

RELATED: Boise family scammed out of $80,000 meant for a house down payment

Anthony Carollo and Jessica White are with locally owned Vista Title and Escrow. They were not Lee's title company but are well aware of the growing problem of wire fraud.

According to FBI statistics, between 2015 and 2017, they tracked a more than 1,100-percent rise in the number of victims and nearly 2,200-percent spike in money lost. It's so pervasive, Vista now includes a warning in all their emails.

"It just has grown exponentially. They're getting far more sophisticated," Carollo said.

In Lee’s case, she got emails that appeared to be from all three of her real estate professionals, including one from her own brother who's a broker.

"I should have noticed that my brother's email was just one letter off of his normal email, but I didn't notice that," Lee said.

If you take a closer look at Lee’s wire instructions, at first glance it looks like it’s from Wells Fargo. If you look closer, you can see the "R" is missing, essentially creating a fake bank with a real address and account number in Texas.

"It's often a phishing scam so they send you an email that looks legit and ask you to login and that can happen to the agent or the buyer or even the title company," Carollo said.

Once they're in, scammers can even tinker with your account so your emails automatically start forwarding to the scammer.

"They'll sit back and watch the transaction happening from behind the scenes and then they'll go in for the kill via the email," White explained.

Here are some tips on how you can protect yourself:

Lee’s emails are now FBI evidence. While the main criminal cell phone is said to be working overseas, agents did track down one man in Texas. The U.S. Attorney filed charges against Nazir Hamza.

"I understand that he only got $10,000 worth of it and the rest went offshore. Bought somebody a Lexus," Lee said.

Lee still moved into her house for a time, but without the nearly $100,000 down payment, the monthly payments were too steep and she lost it.

"You just want to jump off the face of the earth because you cannot know how you're ever going to make that up in whatever life we have left," she said.

Today she's reclaimed happiness and comfort, now living with her partner in North Idaho. The pain still simmers just below the surface.

When Hamza appears in federal court on Mar. 6, she'll tell him this:

"That you cannot make your livelihood on the tears and the despair and the utter destruction of other people," she said.

While that will bring some satisfaction, Lee knows she's just one victim, and he just one tiny player. Even though her nest egg is now in someone else's hands, she hopes her story will help you keep yours.